Canadian delegation in China pushes for release of Spavor and Kovrig

A Canadian delegation is in China this week pushing for the release of two Canadian men accused of spying, according to the foreign affairs minister.

'This is a very difficult moment in the relationship,' says Foreign Affairs Minister Chrystia Freeland

A Canadian delegation is in China this week pushing for the release of two Canadian men accused of spying, according to the federal foreign affairs minister.

"Rob has been raising the case of the detained Canadians. That is really important, for the Chinese to be hearing directly from us," she said. 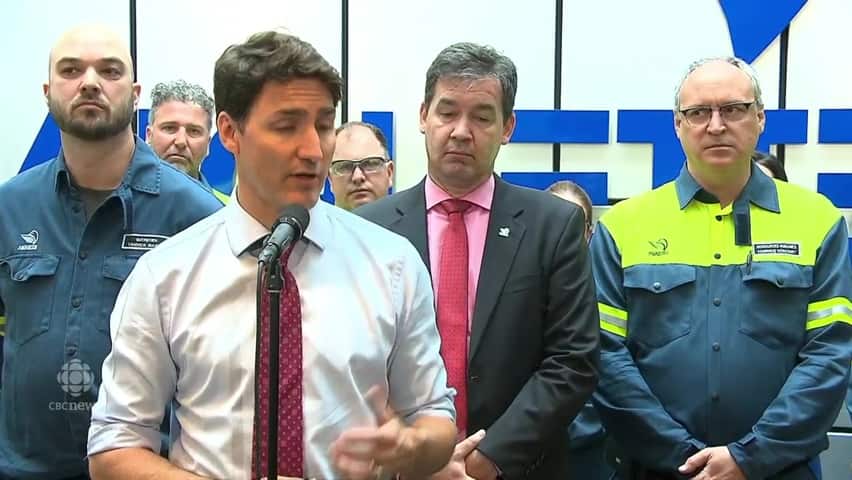 1 year ago
0:42
Prime Minister Justin Trudeau spoke to reporters in Sept-Iles on Monday 0:42

"It's a terrible situation and we are very clear that these two men are arbitrarily detained."

Members of the Canada-China Legislative Association are in Shanghai, Nanjing, Hong Kong and Macao for meetings over May 20-25 and will raise Canada's concerns, said a spokesperson for Global Affairs Canada.

Last week, Chinese officials said they had formally arrested Spavor, a businessman who worked in North Korea, and Kovrig, a former diplomat, after detaining them for months.

The Chinese Foreign Ministry says Kovrig, who now works for the non-governmental organization International Crisis Group (ICG), is suspected of gathering state secrets for other countries, and Spavor is accused of stealing and illegally sharing state secrets.

The men were picked up separately in December, shortly after Canada arrested Huawei chief financial officer Meng Wanzhou in Vancouver.

"The Chinese practice seems to be to avoid, in the early stages of these kinds of standoffs, to avoid higher-level meetings," said the minister.

"It's very clear that this is a very difficult moment in the relationship between Canada and China."

Freeland said, however, that the Americans, now embroiled in trade talks with China, have raised the issue of the detained Canadians at the prime minister's request.

"China is playing stronger, making stronger moves than it has before to try and get its own way on the world stage and Western countries and democracies around the world, are pulling together to point out this is not something that we need to continue to allow," said Trudeau during a stop in Quebec on Tuesday.

The Canada-China relationship took a turn in December after Meng was arrested at Vancouver's airport on a U.S. warrant.

The 47-year-old executive and daughter of Huawei Technologies Co Ltd's billionaire founder, Ren Zhengfei, is fighting extradition on charges she conspired to defraud global banks about Huawei's relationship with a company operating in Iran.

Experts and former diplomats say they have no doubt China is using their cases to pressure Canada.

Members of the Canada-China Legislative Association also visited China this January. The May delegation includes: