China can afford to wait out Canada in diplomatic dispute, Japanese ambassador warns

If China doesn't see a way to get what it wants from the current Canadian government, it would wait for the next one before resolving its diplomatic dispute, Japan's ambassador to Canada says.

'If they think that they can cut a better deal if they wait ... they will never talk to you,' says ambassador

If China doesn't see a way to get what it wants from the current Canadian government, it would wait for the next one before resolving its diplomatic dispute with Canada, Japan's ambassador to Canada says.

The fact that China's leaders don't have to worry about power changing hands every four years means they can bide their time, Kimihiro Ishikane told CBC Radio's The House in an interview airing Saturday.

"If they think things will change after the election, they can wait," he said.

Ishikane shared some of Japan's experiences from a years-long dispute with China that followed a similar pattern to what Canada is embroiled in now: detentions, trade disruptions and diplomatic silent treatment.

China froze out Japan diplomatically for a number of years starting in 2012 in a dispute over which nation had jurisdiction over the Senkaku Islands in the East China Sea — uninhabited but valuable because of potential mineral reserves and fishing rights in the surrounding waters.

Canada and China have been engaged in an escalating diplomatic brawl since the December arrest of Huawei CFO Meng Wanzhou for extradition to the U.S. Shortly after Meng was arrested, China detained Canadian citizens Michael Kovrig and Michael Spavor.

The Trudeau government has been pushing for their release ever since, enlisting the help of allies like the U.S., Australia and the U.K. Prime Minister Justin Trudeau raised the issue with Chinese President Xi Jinping on the sidelines of the G20 summit.

But Ishikane said those moves don't seem to have yielded results so far — and China isn't bound to an agenda based on our rapidly approaching October election.

"If they ever think that they can cut a better deal if they wait for a couple more years, they will never talk to you," he said. "So on the matter of principle, I think you need to be quite firm."

Ishikane said Japanese leaders had a similar experience. "It took five or six or even seven years to get all the things back on track."

"The two leaders shook hands looking in different directions. That was a very funny picture."

Another two years went by before the next meeting, where the ice finally began to crack slightly, the ambassador recalled.

One thing Canada has done differently than Japan is to seek to enrol the public support of allies. Several — including the U.S., the U.K., Germany, France, the European Union and Australia — have issued statements of support. Some, including Japan and Five Eyes ally New Zealand have not.

Those closest to China geographically have been the most reluctant to take Canada's side in public. China has criticized Canada for using its allies to ramp up the pressure, calling those conversations "lip service." 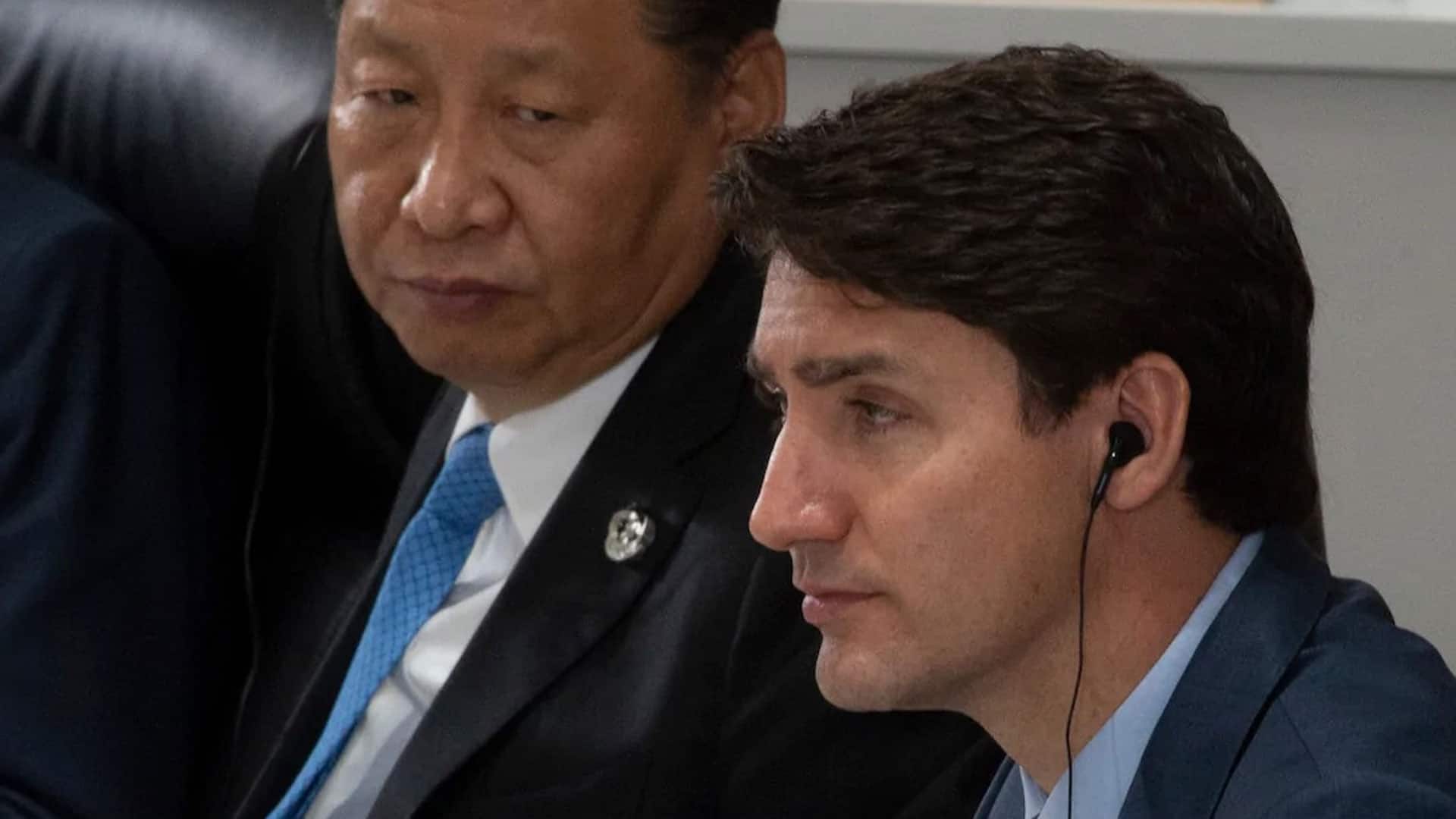 Trudeau had ‘brief, constructive interactions’ with Xi Jinping at G20

2 years ago
3:50
The Prime Minister's Office said Trudeau had "brief, constructive interactions" with Chinese President Xi Jinping on the first day of meetings at the gathering of major economies. 3:50

The Conservatives, who say the Liberals have been failing Kovrig and Spavor, used their detentions as fundraising fodder in a recent ad.

Ishikane said unity and consistency of messaging is important to avoid giving the Chinese a reason to believe they can gain by prolonging the dispute or causing more pain.

Japan, he said, is just emerging from a seven-year diplomatic chill with China and approaches that bilateral relationship "discreetly and silently, but persistently [and] continuously, rather than talking in the public."

The ambassador said that for Japan, the principles that couldn't be compromised in the dispute were national sovereignty and freedom of navigation. While the key principle for Canada is rule of law, he said, the approach should be the same.

Ishikane says that, as in its quarrel with Canada, China always denied a causal relationship between the territorial dispute and the detentions of Japanese citizens. But he made it clear that Japan believed the issues were linked. Several Japanese citizens are still being detained in China.

Relations between the two countries are only now beginning to improve, Ishikane said. At the height of the dispute, China cut off exports of rare earth minerals to Japan, affecting the Japanese industry in the short term, but ultimately led businesses in Japan to diversify their sources for those materials.

"It took really a long, long time," he said, noting Japan had to exercise "extreme patience."

Canada's strategy of appealing to other nations to take a public stance does inflict a reputational cost on China, he said, and the Chinese are not indifferent to that cost. But Ishikane said Japan has learned China is willing to tolerate damage to its image if the issues at stake are seen as important to national security.

The future of the flagship technology company Huawei is such a core issue to China, he said, that it's prepared to pay the reputational price that comes from detaining the two Canadians.

Ishikane said although the road back to normal relations is likely to be a long one, Canada will get there eventually if it holds firm to its principles.

"I know that our Canadian friends, the people in the government, are working so hard on this particular file and we really expect that things will get better."