Fears the Liberal's new child benefit could clog courts with divorced couples fighting over child support payments were dismissed by Finance Minister Bill Morneau today in his appearance before a Commons finance committee. But his Conservative critic says the impact of the changes is creating confusion.

Fears the Liberal government's new child benefit could clog courts with divorced couples fighting over how much one spouse must pay in child support were dismissed by Finance Minister Bill Morneau in an appearance before a Commons committee.

Opposition finance critic Lisa Raitt said the Liberals' new tax-free benefit, which will replace three different programs on July 1 with one income-tested payment to families each month, could spark disputes because the budget doesn't give guidance about how parents split tax deductions or calculations of spousal support payments.

Raitt said the problem could affect some 1.2 million Canadians.

"Obviously they're going to have a point of view on whether or not they should be paying more or less child support and instead of clogging up the courts, this government owes (it to) them to give them some direction," Raitt said in a telephone interview with The Canadian Press.

But in his appearance before the Standing Committee on Finance Monday, Morneau said the new Canada Child Benefit is structured exactly the same as the Canada Child Tax Benefit that it replaced.

"It will not be included in income and will not affect child support payments for divorced parents," said Morneau. "We want that to be clear to Canadians who are trying to evaluate their newfound and better situation, because we recognize this is important to them."

"This is a positive thing for them and will not in any way affect those child support payments," Morneau added.

Raitt was quick to point out that while it would not impact the parent receiving support payments, the benefit could still lead to disputes over fairness.

"There are two parts to the relationship, those who receive and those who pay, and those who are paying may have a different point of view as to whether or not it is a fair way to approach this lucrative ... increase (in the) amount of the child care benefit," Raitt said. 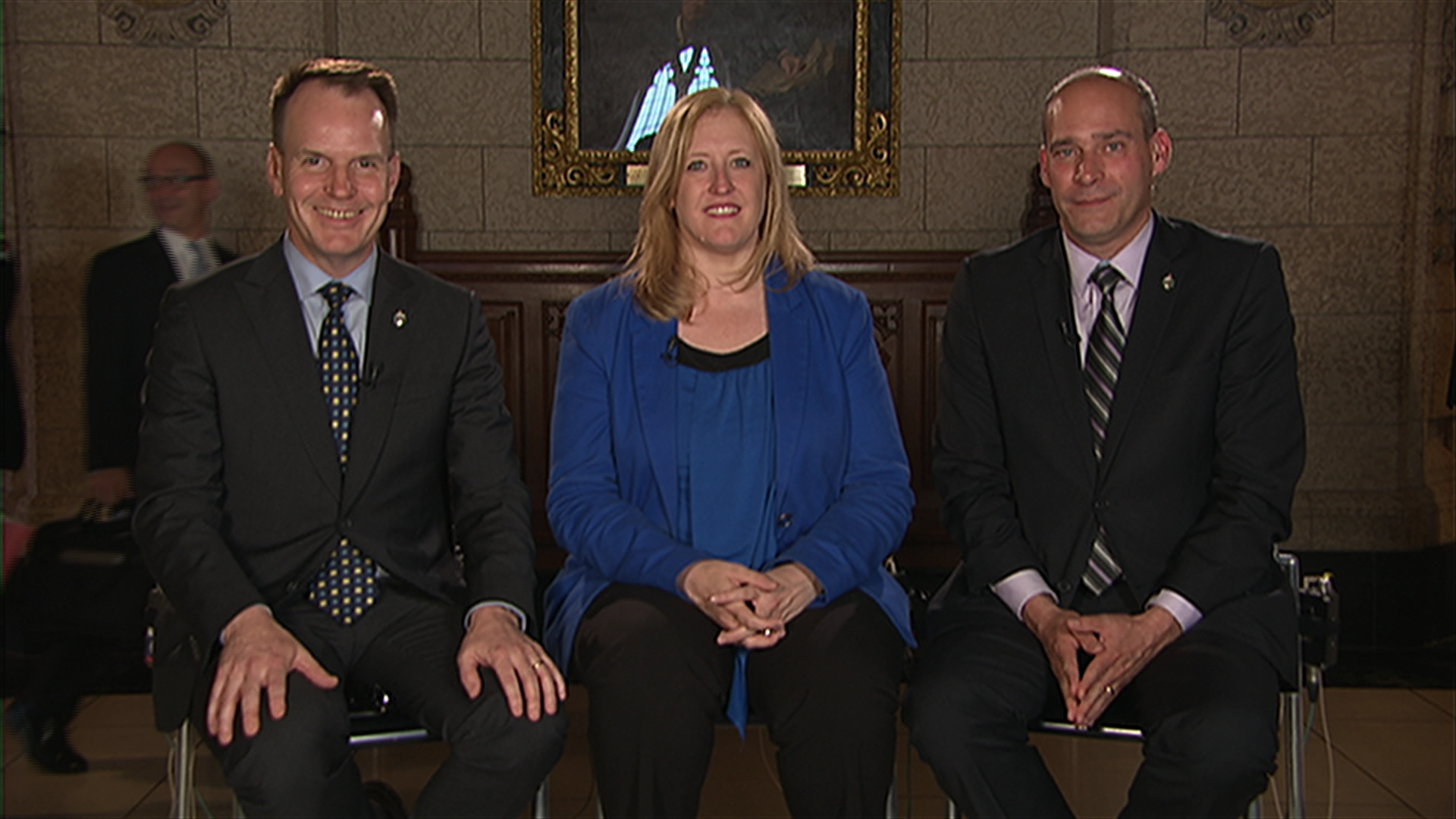 6 years ago
Duration 12:46
MPs Steve MacKinnon, Lisa Raitt and Guy Caron debate deficit numbers and the role of the discussions around expanding CPP

The new child benefit will replace the monthly universal child care benefit with an income-tested payment that will start at $6,400 a year for a child five and under, and $5,400 a year for children six to 17. Only those families earning less than $30,000 a year will receive the full amount; the government will reduce payments as incomes rise.

The government has been negotiating agreements with provinces to ensure the new benefit wouldn't adversely affect those receiving provincial social assistance. Those subsidies are income tested, meaning the more a family earns, the less they receive in subsidies.

The government says the new benefit should lift 300,000 children out of poverty in its first year, and provide more money to nine out of 10 families.

Critics still have questions about whether the new child benefit will have the same dampening effect on maternal employment rates that the universal child care benefit had as women opt to stay home so as not to earn too much money and lose out on their benefit or on their taxes.

"Officials have said there hasn't been a lot of analysis done on certain measures that the government has implemented," Raitt said.

"Every time you make one change there is ripple effects across either the economy or the social cohesion in the country and we just want to know how much work the Liberals did around it."

Morneau will face the House of Commons as a whole  Monday evening for a detailed grilling in committee-of-the-whole. CBCnews.ca will carry the session live around 8:30 p.m. ET.

The Conservatives' focus on the child benefit was a departure from the months-long war of words over whether the Tories left the Liberals with a surplus and how the government intends to balance the budget at some point in the future. However, that battle was renewed during Monday's question period, as Morneau faced several Conservative questions about the government's spending and projected deficits.

The Finance Department said last week that preliminary estimates show a deficit of $2 billion for the fiscal year ending March 31, not including year-end adjustments and a $3.7-billion commitment to benefits for veterans. The Liberals argue the numbers support their view that the Tories left the books in the red; the Tories say the Liberals squandered the surplus left behind.