Former Bush-era U.S. secretary of homeland security Michael Chertoff says Donald Trump's unpredictability and tone toward America's NATO allies could lead to instability and even conflict if the Republican candidate is elected president.

Michael Chertoff says Trump is pushing away NATO allies and undermining confidence in the U.S. 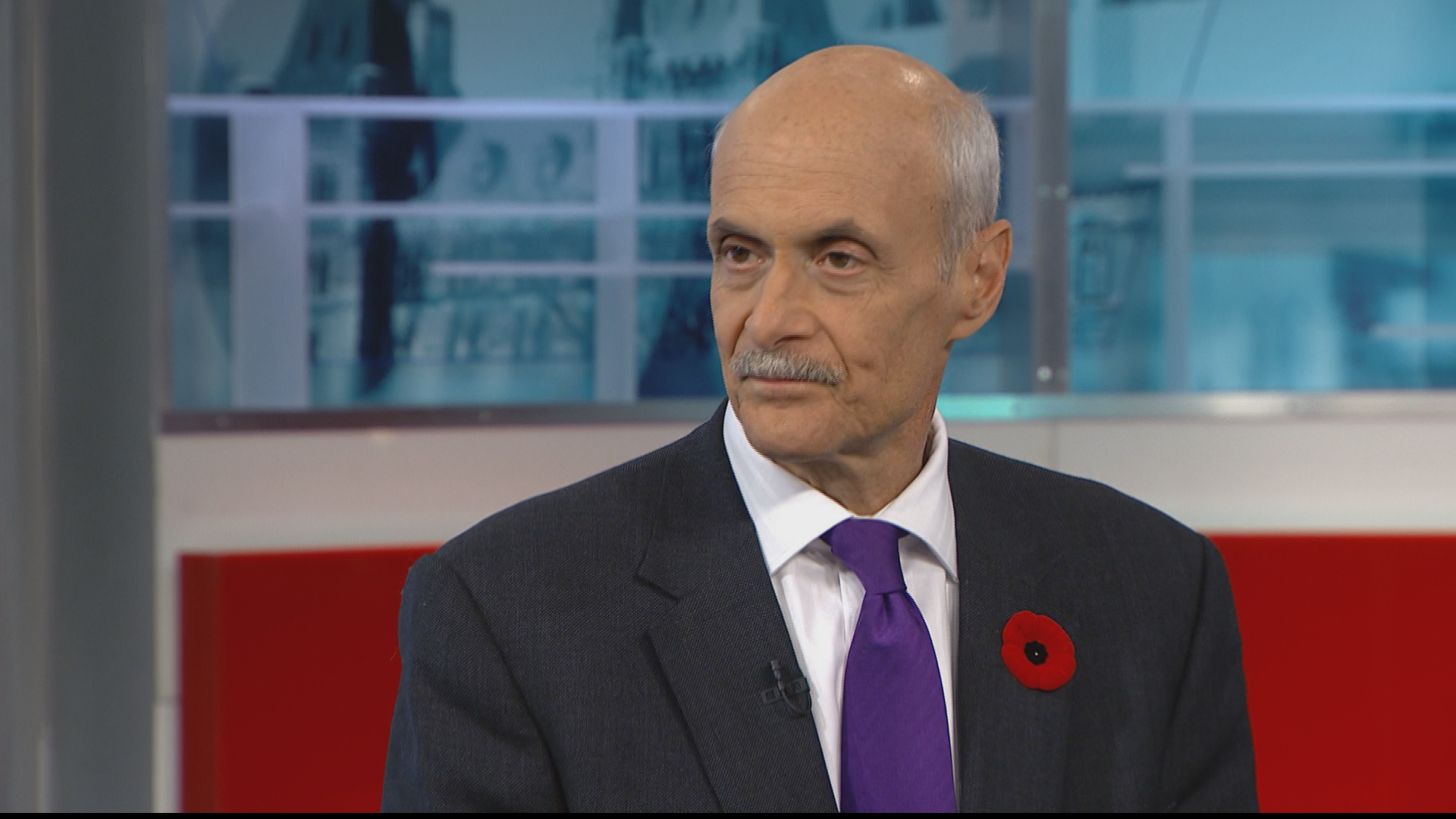 George W. Bush's former secretary of homeland security says Donald Trump's unpredictability and attitude toward NATO partners could lead to instability and even conflict if the Republican candidate is elected president.

"Donald Trump has embraced Vladimir Putin, and he has thrust away our allies in NATO," Michael Chertoff said in an interview with CBC News Network's Power & Politics.

Chertoff believes Trump's rhetoric "invites Putin to become adventurous and it undercuts the confidence that our allies have in us. That actually creates a recipe for instability and even potentially conflict."

Last month Chertoff — who was appointed secretary of homeland security by Bush in 2005 — has endorsed Hillary Clinton for president.

"Candidate Trump does not have the temperament, experience or judgment to be commander-in-chief, and I think that secretary Clinton does. To me that is the paramount issue," he told host Rosemary Barton.

What makes Chertoff's endorsement all the more significant is his previous role in investigating the Clintons. During the 1990s he was the lead Republican counsel for the Senate Whitewater investigation.

He now refers to the work he did probing the Clinton land deal as nitpicking.

"We spent an enormous amount of time in the '90s investigating peccadilloes and little nitpicks back in Arkansas and not that kind of time investigating terrorists and Bin Laden. Had we focused our attention on the most important issues, we might have been better off facing what we did in 2001," Chertoff said.

Chertoff calls the Sept. 11 attacks "life transforming," and said Americans need to "keep our eye on the ball" and not waste time hunting for "trivial misdemeanours."

Asked about Trump's alleged ties to Russia, Chertoff said, "It doesn't matter why Trump is motivated the way he is, what matters is his judgment is 180 degrees wrong."

He added that he was disturbed by Trump's suggestion that U.S. military support for NATO allies would be contingent on all members paying their full share of the NATO budget.

"When you look at our allies in NATO — some of whom went to war with us in Afghanistan, and were side by side — why do you push them away and suggest that somehow your loyalty to them is contingent on whether they pony up more money?"

​Canada participated in the NATO-led mission in Afghanistan, but for several decades has failed to meet its NATO commitment to spend two per cent of GDP on defence. ​

Chertoff to FBI: 'Say it in court'

"I'm an old-fashioned guy. I go back to what I learned as a prosecutor and a U.S. attorney and a head of the criminal division. If you have something to say, you say it in court," he said.

"We've had a rule and a practice in the Justice Department for years," Chertoff said. "You don't talk about investigations unless you are prepared to charge someone, then you charge someone and try your case in court."

Chertoff says the situation is of Comey's own making.

"Having begun to put things out there, I think director Comey found himself in a position where now he felt he needs to correct it, and that's a great illustration of why we have the rule in the first place. If you don't talk about things out of school, then there's nothing to correct."

You can watch the full interview with Michael Chertoff in the player above.