As millions of workers apply for help, mothers-to-be say they can't get CERB

Nearly one month ago, Effie Poole was laid off from her job as a server when the restaurant she worked at in Burlington, Ont., closed due to COVID-19.

Nearly one month ago, Effie Poole was laid off from her job as a server when the restaurant she worked at in Burlington, Ont., closed due to COVID-19.

The 35-year-old mother of one is still waiting to qualify for federal emergency aid and was told the reason she hasn't gotten it is that she's pregnant.

The Canadian Press has connected with multiple expectant mothers who tell a similar story: They were laid off from their jobs in March, qualified for employment insurance benefits, then stumbled during the promised crossover to the Canada Emergency Response Benefit when it became available this month.

Poole said she doesn't think it's anything malicious, perhaps an oversight, but it's one that she and other women in her position are hoping is quickly fixed.

When the CERB was unveiled this month, the Liberals said anyone who had previously applied for EI since March 15 would be moved to the new 16-week benefit, but needed to re-apply starting this week to continue receiving it.

One of the stipulations is that anyone who receives maternity and parental benefits can't also receive the CERB, which for Jennifer Mitton isn't the case since she's not due to give birth to her first child until August.

The 27-year-old was laid off from her job as a hair-stylist on March 16, out of financial and health concerns. She and her coworkers immediately applied for EI.

When the CERB rolled out, she was the only one among her colleagues not moved over the $2,000-a-month benefit. When she called Service Canada, she was told it was linked to her having identified herself as being pregnant in her online EI application. 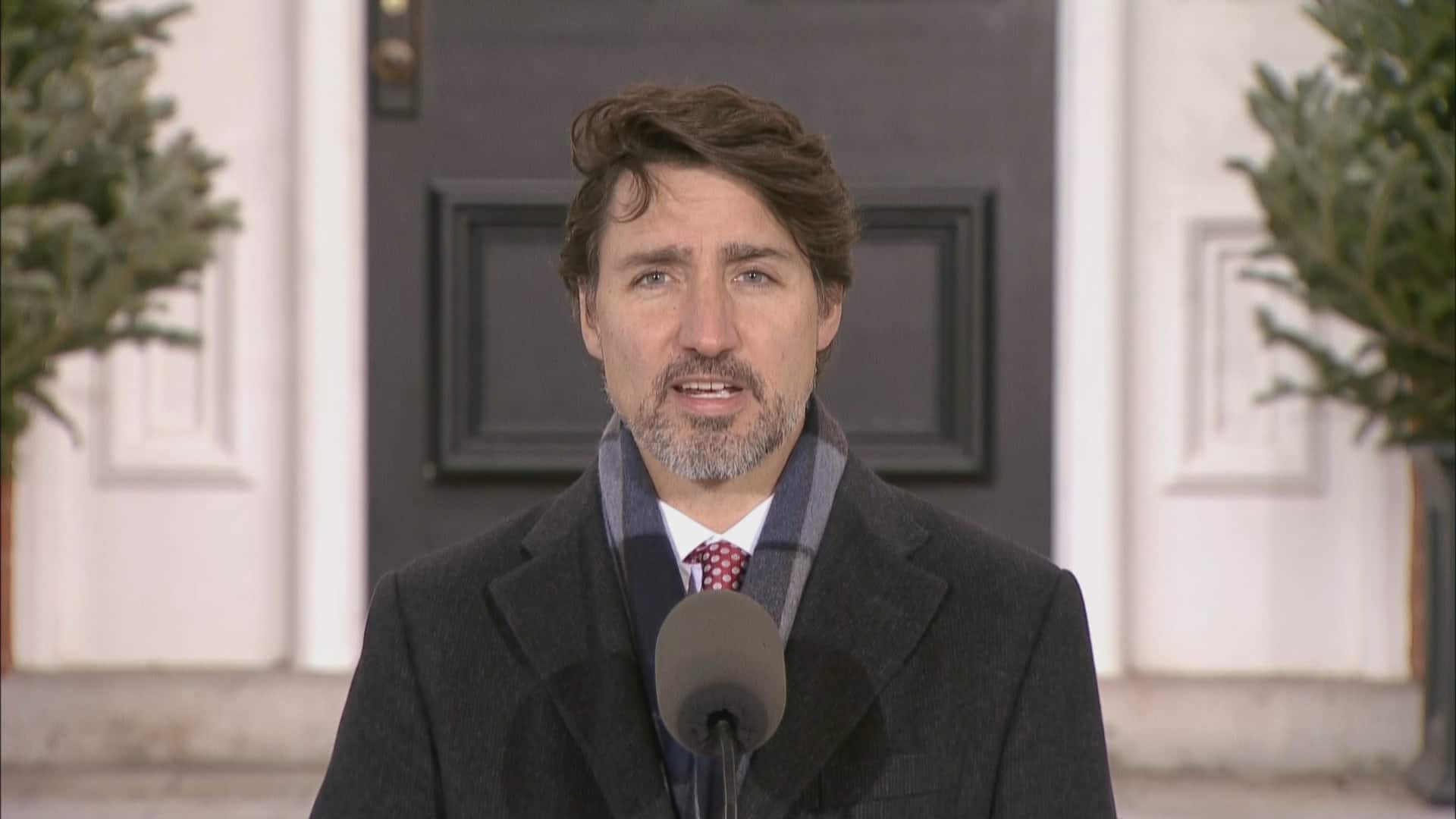 PM on reopening the economy

11 months ago
2:30
Prime Minister Justin Trudeau is asked whether federal or provincial governments decide when the economy comes back and if there should be a national standard. 2:30

She was told instead of taking the CERB, she would have to start her maternity-leave claim now.

"All I wanted to do was switch over to CERB ... and then switch to maternity leave once I gave birth so I could get my full year, but I'm unable to do that and I'm essentially taking my maternity leave now," said Mitton, who lives in Calgary.

Anyone who was previously on EI would have their entitlement period paused while on the CERB. Expecting mothers then could get financial help and then not worry that they wouldn't be able to stay at home for a full year with their infant.

Some, like Mallory MacKay of Fredericton, applied for federal sickness benefits because those could have been rolled over into her maternity benefit period.

It took calls over the past few weeks for the 34-year-old to get moved from sickness benefits to regular benefits. On Thursday, a Service Canada agent told her she would be moved to the CERB with payment expected by the weekend. But, she said, "I shouldn't have had to make the phone call."

Employment and Social Development Canada said mothers-to-be who are eligible for the CERB can receive the emergency help even if they expect to start an EI maternity or parental claim soon.

There is no requirement to claim the CERB for the entire 16 weeks, the department said.

"Workers receiving the CERB can switch to EI maternity and parental benefits when appropriate to their situation as long as they meet the eligibility criteria for those benefits," the department said in response to questions.

Watch: Chrystia Freeland says 'We have all paid too high a price already to throw it away': 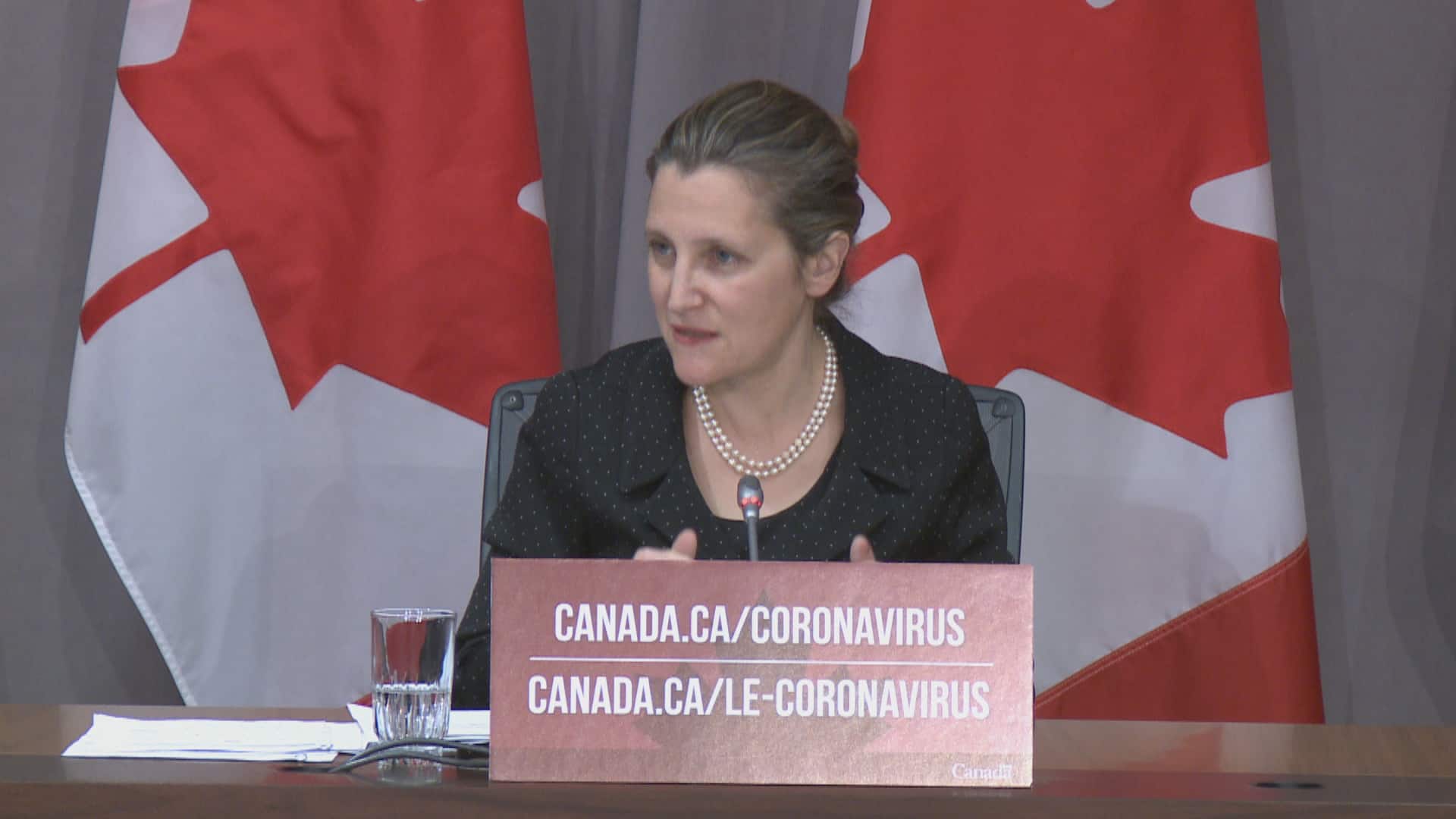 'We have all paid too high a price already to throw it away': Freeland

Nothing in the regulations about the CERB published this week require someone to claim any other benefit under EI before the CERB, said Jennifer Robson, a professor of political management at Carleton University who has been closely tracking the federal government's COVID-19 relief measures. Nor, she said, is there anything that would require women to start their parental leaves now.

"It may be a mistake in the programming that was rushed, and where the focus was on speed of processing. If so, it's a simple thing to fix," said Robson, who has created a widely shared plain-language benefits guide.

There is another issue that officials are trying to figure out: How to help women get enough hours to qualify for maternity benefits if they're going to fall short because of COVID-19 closures.

Jacqueline Cronk was short about 120 of the 655 hours she needed to qualify for EI when she was laid off from her job at a family-owned restaurant in Saint John, N.B., on March 16, but qualified for the CERB.

The 28-year-old is seven months pregnant with her second child, and has been told by her local MP, Liberal Wayne Long, the government is working on a solution to the hours requirement.

In the meantime, she said she has applied to work at Costco, among other businesses still open, to get the minimum hours needed to qualify for EI.

"I know that seems a little silly, but I'm taking the steps I can to secure my family's future ... if the government isn't," Cronk said