MPs are being asked to make some important choices about the decade-long renovation of the Centre Block of Parliament Hill — choices that could have a significant impact on how Canadians experience the nation's capital. But experts with knowledge of the project say MPs are not getting all the information they need to make those decisions.

For starters, they want to know what's going to happen to the lawn

MPs are being asked to make some important choices about the decade-long renovation of the Centre Block of Parliament Hill — choices that could have a significant impact on the House of Commons and how Canadians experience the nation's capital.

But experts with knowledge of the project say MPs are not getting all the information they need to make those calls — and it's still not clear who has the power to make final decisions that could reshape the most iconic piece of public real estate in Canada.

The project to restore and modernize Centre Block — which includes the House of Commons and Senate chambers, the Library of Parliament, offices for MPs and party leaders and the Peace Tower — is underway and will unfold over the next 10 years.

The project aims to upgrade the buildings' seismic resilience, systems and security, and to make them more energy-efficient and accessible, all while preserving their heritage.

'The theatre of our democracy'

"On a contemporary basis, I don't think there is a more important construction project that's happening in the country," said Liberal MP and Chief Government Whip Mark Holland. "It's a place where the theatre of our democracy has played out over the last 100 years.

"We're making a decision now for the next 100 years. So it's an incredibly important decision."

But while the project has been in the works for years, MPs are only now starting to see what the final product could look like. They have a lot of questions — and some fear they're not being shown the whole picture.

"So far, I have not been impressed by the level of information that's been available," said NDP House Leader Peter Julian. He's a member of the powerful Board of Internal Economy (BOIE), one of the committees that received a presentation on the renovation plans at the end of February.

"The only way to ensure we're not spending money on frills or a Cadillac version of the Centre Block renovation is to make sure that there's full disclosure ... as we make these decisions."

The project's cost and the potential for overruns have come up at both the Procedure and House Affairs committee (PROC) and the BOIE. The completed renovations to West Block, which included the temporary House of Commons, came in at $863 million — a good indication that the much larger Centre Block project is likely to go well over $1 billion.

Among the options MPs have been shown are some ways to expand the House of Commons chamber. It's estimated that in 50 years, population growth could boost the number of MPs from the current 338 to 460.

There's already a space crunch. Most MPs are used to sitting two-by-two in assigned seats with desks to hold their personal computers. Before the temporary move to the West Block last year, more desks were fitted into the Centre Block chamber by using theatre-style flip-up seats.

If the chamber's size is not expanded, one possibility is for MPs to sit on long benches as MPs do in Westminster in London.

Two of the three options for a new chamber would result in an expanded building footprint, altering the symmetry between the two houses of Parliament. The most ambitious option calls for the removal of the western exterior wall of Centre Block and a much wider Commons chamber.

While many MPs are balking at such a drastic change, they still would like to know what it might cost. But no estimates were attached to documents presented to the committee.

MPs were given three options for a new subterranean visitor welcome centre as well — also without price tags.

"One thing that is clearly lacking ... is the mention of costs," Conservative MP Blake Richards told Public Services Minister Anita Anand at the Feb. 27 meeting of PROC.

By the end of that meeting, department officials agreed to provide cost estimates for each option within a month.

How the changes could affect the lawn

Experts with close knowledge of the project are also worried that MPs are not being presented the full range of design options — and will be forced to make decisions based on incomplete information.

"That is a concern. They need a fulsome picture," said one source who was not authorized to speak publicly about the project.

Since the opening of the renovated West Block, visitors arrive in an underground welcome centre where they go through security screening. The Centre Block renovation will include a new visitor centre that will provide an underground link between the West, East and Centre Blocks.

Each visitor centre option being presented to MPs includes a central entrance near the north end of the main lawn in front of the Peace Tower — a popular gathering spot for protesters, yoga fans and Canada Day partygoers.

One plan pushes the entrance south into the lawn. Others place it next to, or integrate it into, the historic Vaux Wall that separates the lawn from the upper drive in front of Centre Block.

Two of the options feature east and west entrances to separate parliamentarians from the public — but every option includes a centre entrance. Multiple sources tell CBC that both the Advisory Committee on Design and Planning and Realty of the National Capital Commission and the Federal Heritage Building Review Organization at Parks Canada have raised concerns about a central entrance interfering with public access to the main lawn.

But those concerns were missing from the presentation MPs saw.

"That central space must be kept free for that purpose," one source told CBC News. "A central entrance is problematic. It eats into the space itself and if you've got people queuing, and there's security, there will be no room for gathering."

"MPs might not realize, especially if they aren't given the information, that the lawn as we know it could become unusable," said another expert with direct knowledge of the approvals process, who also is not authorized to speak publicly.

Critics have recommended east and west entrances and no centre entrance. But none of that input has been presented to MPs so far.

That troubles Julian. "The Centre Block lawn is, in a very real sense, the living room of Canadian democracy," he said. "That access needs to be preserved."

Conservative MP Eric Duncan, a member of PROC, wonders whether other information was left out of the presentation.

"Members should be given both sides of the coin," he said. "Yes, you might have a recommendation, but it's important to bring the pros and the cons and feedback. That should be an important part of the conversation."

According to a spokesperson for Anand, the presentation given to PROC was intended as a "preliminary step."

"The options presented are not exclusive, and were intended to frame the scope and nature of decisions needing to be made and the timelines involved," said press secretary Cecely Roy in an email.

Holland, who also sits on the BOIE, said the options the department offers don't always consider all the input from stakeholders.

"That's the most important role we play as parliamentarians ... to pull open that process and make sure those voices are heard and that other options are forced onto the table," he said.

But who will end up making those decisions? The PROC, BOIE, the Senate, the Library of Parliament and the advisory committees have all been tasked with some element of approval or input. It's not clear who has ultimate oversight — not even to the minister, apparently, who simply outlined how approval would not be done.

"Decisions affecting the home of our democracy cannot be made unilaterally or by one single person," Anand told PROC on Feb. 27.

Roy said the decisions need to involve all parliamentary partners.

"Each body housed in Centre Block has the responsibility to determine what its governance and decision making structure will look like in order to represent their members in this rehabilitation project. We are open to consideration of changes to the current governance model that may provide for more integrated decision making," she told CBC News.

I had the opportunity to visit historic Centre Block today which as you can see is temporarily closed for renovations. It is being refurbished to meet the needs of not just the 21st century, but the 22nd. <a href="https://t.co/V4R6hXvIg9">pic.twitter.com/V4R6hXvIg9</a>

"We're talking about this now when the project has already started, after Centre Block's been closed, after preliminary work is started," Duncan said. "I would have thought this conversation would have happened years ago."

In the meantime, Duncan said, there are too many chefs in the kitchen — which could lead to delays and cost overruns.

MPs from different parties appear to agree that the goal of the renovation project should be to preserve a priceless piece of Canadian heritage — not to create something completely new.

"It's already about as perfect a piece of heritage and architecture as you could have," said Holland.

Meanwhile, the Senate's wish list — 10 televised committee rooms as close to Centre Block as possible, as well as a multipurpose room in the underground welcome centre — is being viewed by many MPs as too much and too costly — especially given that senators are not elected.

Julian said he hopes that the minority Parliament can come to a consensus.

"What we've found with majority Parliaments is that's when projects get run off the rails," he said. "In a minority Parliament it's a much different situation ... More voices are listened to."

Watch: CBC's Chris Rands on the changing size and shape of Parliament Hill 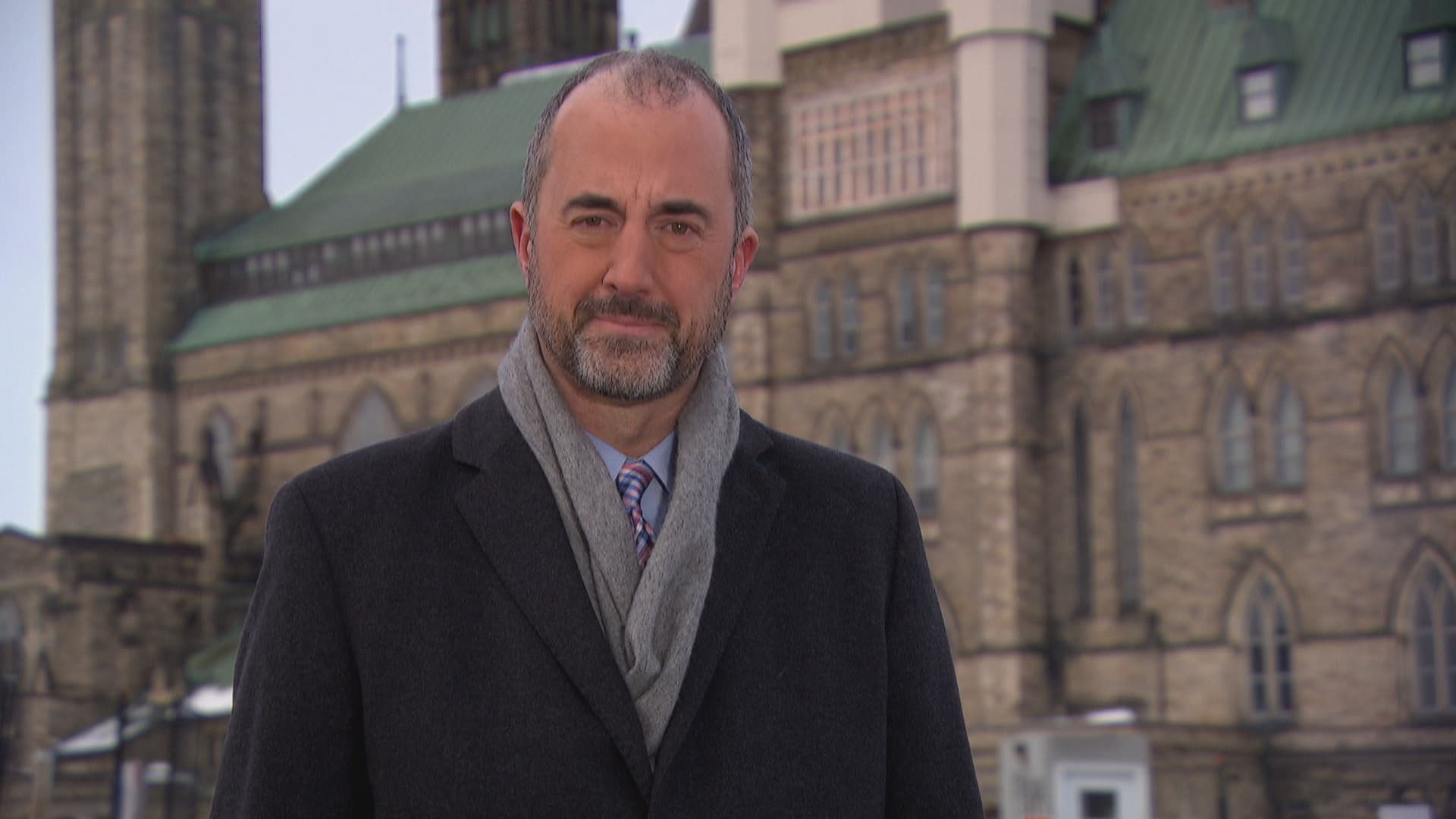 Changing the Size and Shape of the House of Commons