Canada to bar entry to travellers who are not citizens, permanent residents or Americans

Canada is barring entry to travellers who are not Canadian citizens, permanent residents or Americans, Prime Minister Justin Trudeau announced today — one of a set of extraordinary new measures being introduced to stop the spread of COVID-19.

Exceptions will be in place for U.S. citizens, diplomats, crew and immediate family members of citizens

Canada is barring entry to all travellers who are not Canadian citizens, permanent residents or Americans, Prime Minister Justin Trudeau announced today — one of a set of extraordinary new measures being introduced to stop the spread of COVID-19.

There will be exceptions for air crew, diplomats, immediate family members of citizens and, "at this time," U.S. citizens, Trudeau said.

The prime minister also said no one who is displaying symptoms will be permitted to board a flight to Canada, and that air operators will be required to complete a basic health assessment of every passenger based on guidelines from the Public Health Agency of Canada.

"I know this news will spark concern among Canadians travelling abroad. I want to assure you that our government will not leave you unsupported," he said.

"To help asymptomatic Canadians to return home, our government will set up a support program for Canadians who need to get on a plane. Canadian travellers will be able to get financial assistance to help them with the costs of returning home or temporarily covering basic needs while they wait to come back to Canada."

Calling it "uncharted legal territory," Michael Bryant, executive director of the Canadian Civil Liberties Association, said barring Canadians from flights home because they exhibit symptoms effectively strips them of their right to re-enter the country. He said the government's decision could be unconstitutional, and that he would consider mounting a challenge.

University of Ottawa constitutional expert Errol Mendes said that, on one hand, one could argue a ban on boarding a flight is justified, rational and proportionate to the threat of passengers and crew contracting the virus.

On the other hand, he said, the symptoms may not be properly assessed by staffers who are not medically trained — which could mean someone being barred from boarding based on the symptoms of some other illness. That could be a "very persuasive position in front of a judge deciding on the ban's constitutionality," Mendes said. 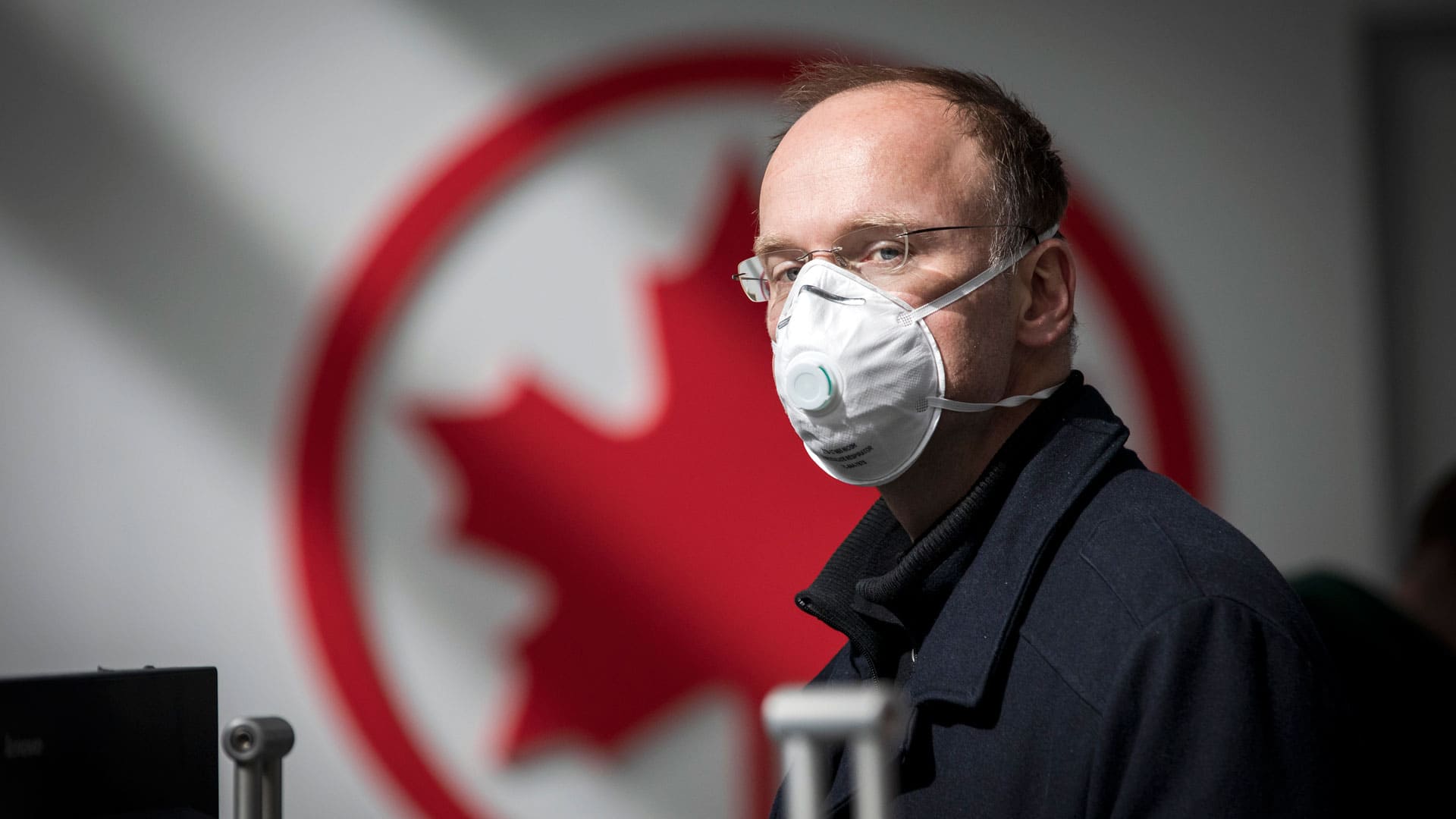 7 months ago
2:20
Prime Minister Trudeau says Canada will bar entry to anyone who isn’t a citizen or permanent resident to slow the spread of COVID-19 — with a few exceptions, including U.S. citizens. 2:20

Trudeau also said that as of March 18, international flights will be permitted to land only at the international airports in Montreal, Toronto, Calgary and Vancouver, in order to enhance screening. Incoming domestic flights, and those from the U.S., Mexico and the Caribbean and from St. Pierre et Miquelon, can still land at other airports.

"I know that these measures are far-reaching. They are exceptional circumstances calling for exceptional measures," he said.

Trudeau said the new border controls will not apply to trade and commerce in order to keep Canada's supply chains open.

An official in the PMO said the measures will be in place "as long as necessary" because the situation is "evolving."

Deputy Prime Minister Chrystia Freeland said the decision to keep the border open to Americans was made to reflect the integration of the two economies and populations, and to maintain essential supply lines for things like food.

"That border is absolutely vital to the daily lives of the people who live on both sides of that border," she said.

Everyone arriving in Canada from another country is now going to be asked to self-isolate for 14 days. Essential workers, including air crews and truck drivers, will be exempted from that rule, Freeland said.

Canada's Chief Medical Health Officer Dr. Theresa Tam said Monday that new measures are necessary to slow the spread of the virus. She's now recommending that gatherings of 50 or more people should be avoided.

"All Canadians must act now to interrupt chains of transmission," she said.

Tam said Canada now stands at the "very beginning" of a rise in the caseload and officials will carefully track infection rates over the next two weeks to see if social distancing and other measures are working to prevent clusters and broader community outbreaks.

Providing updated COVID-19 numbers, Tam said there are now more than 175,000 cases around the world, including 407 in Canada.

There have been four deaths in Canada.

The Canada Border Services Agency (CBSA) is stepping up manpower, educational materials and screening measures at airports and all other entry points to Canada to help stop the spread of COVID-19.

Beginning today, all incoming travellers, no matter where their country of origin is, will be asked if they are experiencing symptoms such as coughing, difficulty breathing or fever. They also will need to acknowledge that they are being asked to self-isolate for 14 days if they're arriving from any international location.

The government is also extending a loan program that can help people who lack the financial means to pay for an extended stay or a spike in ticket prices. The program is intended to "bridge the gap" and will allow for up to $5,000 per traveller, according to a government official.

During a news conference in Toronto Monday, Ontario Premier Doug Ford urged the federal government to do more to contain the virus, including closing the border to all visitors. He said the border could remain open for trade and commerce, and to Canadian citizens returning home from other countries.

"I'm very concerned about reports coming out of the border. We need the federal government to tighten up the border and ensure proper screening and protocols are being enforced, and be prepared to take even greater steps to protect the health and safety of all Canadians," Ford said.

The CBSA said it is adjusting its "operational posture" with enhanced border measures, and will continue to adjust to the "constantly evolving" situation.

"CBSA is committed to limiting the spread of COVID-19 in Canada, while facilitating travel and trade," said a statement from spokesperson Ashley Lemire.

"Entry screening alone is an important public health tool among others during periods of uncertainty and part of a multilayered government response strategy."

The beefed-up border measures include:

"These measures complement routine traveller screening procedures already in place to prepare for, detect and respond to the spread of serious infectious diseases into and within Canada," Lemire said in the statement.

"CBSA officers remain vigilant and are highly trained to identify travellers seeking entry into Canada who may pose a health and safety risk."