As calls mount for Canada to cancel its sale of light armoured vehicles (LAVs) to Saudi Arabia, Prime Minister Justin Trudeau said today that Canada has frozen permits on arms exports in the past — and is not afraid to do so again.

'We have frozen export permits before ... we will not hesitate to do so again,' says PM

As calls mount for Canada to cancel its sale of light armoured vehicles (LAVs) to Saudi Arabia, Prime Minister Justin Trudeau said today that Canada has frozen permits on arms exports in the past — and is not afraid to do so again.

Trudeau made the comments during question period in the House of Commons when asked by the NDP why, in light of Saudi Arabia's ongoing war in Yemen and its role in the death of Saudi dissident journalist Jamal Khashoggi, Canada was continuing to sanction the sale.

"We have frozen export permits before when we had concerns about their potential misuse and we will not hesitate to do so again," Trudeau told the Commons Monday.

Trudeau also addressed the issue as he entered the House, saying Canada was working with its allies to determine exactly how Khashoggi died.

The comments come after the Prime Minister's Office released a statement saying that Trudeau held a meeting of a high-level government working group today to discuss lingering questions over the apparent murder of Khashoggi, who went missing after attending a recent meeting at the Saudi embassy in Turkey.

The Incident Response Team ​(IRT), a working group of federal cabinet ministers and senior government officials, was created by Trudeau in August to cope with national crises or incidents abroad that have "major implications for Canada," said the statement. 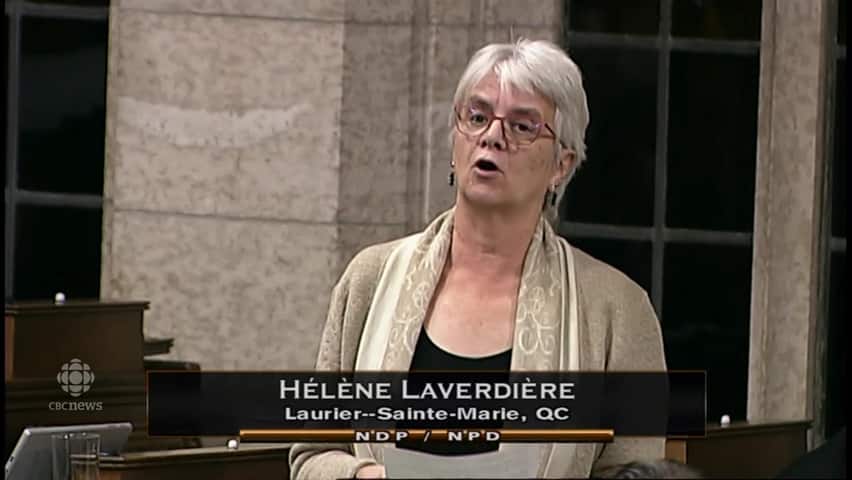 "There are very important questions about the entire relationship with Saudi Arabia that need to be asked," Freeland told reporters in Ottawa Monday.

"This meeting that the prime minister convened was an important part of that conversation inside our government and we are having these serious conversations with our partners and allies."

Deliberately sidestepping direct questions from reporters about whether the federal government is now reviewing the Canadian sale of (LAVs) to the Saudi government, Freeland said she has not found the Saudis' explanation for Khashoggi's death convincing.

"We are gravely concerned by the murder of Jamal Khashoggi," she said. "We do not find the explanations that have been offered to date to be credible or consistent. That is a serious problem for Canada." 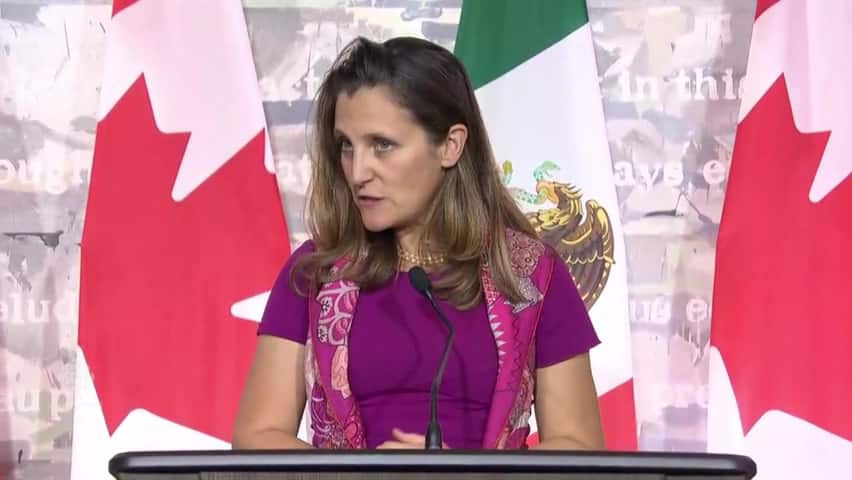 General Dynamic Land Systems Canada, the London, Ont.-based manufacturer supplying the vehicles, was initially contracted to provide 928 vehicles, including LAV-6s and 119 of the heavy assault variety equipped with 105-millimetre cannons.

As of spring of last year, the company was set to deliver only 742 of the modern LAV-6s, a reduction from the original 2014 deal — which has come under criticism from human rights observers appalled by the civilian death toll resulting from Saudi Arabia's ongoing military action in Yemen.

Khashoggi vanished on Oct. 2 after entering the Saudi consulate in Istanbul to get paperwork he needed to marry his Turkish fiancée. Five days later, Turkish officials alleged that he had been tortured, killed and dismembered at the diplomatic outpost. 2 years ago
0:17
Prime Minister Justin Trudeau comments on the government's actions regarding the murder of Saudi journalist Jamal Khashoggi. 0:17

The Saudi government initially denied any involvement in Khashoggi's disappearance — but finally admitted early Saturday that he had died at the consulate, claiming he was killed in a "fistfight."

The kingdom also said that five top Saudi intelligence officials had been fired and 18 others arrested as a result of its investigation into the matter.

Khashoggi, once a Saudi royal family insider, grew critical of the kingdom's rulers following their crackdown on opposition, their war on neighbouring Yemen and the severing of Saudi ties with the small Gulf state of Qatar.

'We don't know where the body is'

Turkish media reports and officials maintain that a 15-member Saudi team flew to Istanbul on Oct. 2, knowing Khashoggi would arrive. Once Khashoggi was inside the diplomatic mission, the reports say, the Saudis accosted the 59-year-old writer, cut off his fingers, killed him and dismembered him.

Saudi Foreign Affairs Minister Adel al-Jubeir on Sunday told Fox News that Khashoggi's killing was "a rogue operation" and that "we don't know where the body is."

"The individuals who did this, did this outside the scope of their authority," he said. "There obviously was a tremendous mistake made and what compounded the mistake was the attempt to try to cover up. That is unacceptable to the government."

According to the statement from the Prime Minister's Office, the IRT was created to "make fast, effective decisions to keep Canadians safe and secure, at home and abroad." No specific actions by the IRT have been announced as of Monday.

Meanwhile, the official Opposition was calling on the government Monday to invoke the new Magnitsky Act to sanction those responsible for Khashoggi's death.

Conservative justice critic Tony Clement said that Saudi Arabia has already identified some individuals who were partially responsible for Khashoggi's death, adding that the Magnitsky law is a next step the government should consider.

"This may be a prime case for applying the Magnitsky law," said Clement.

Last year, Canada passed the Justice for Victims of Corrupt Foreign Officials Act, known as the Magnitsky Act, which gives the government the authority to freeze Canadian assets of foreign individuals who are found to have violated human rights.

Laverdière said the NDP hopes there will be a United Nations investigation into Khashoggi's death.

"When those responsible are identified, will the government be prepared to enforce the Magnitsky law?" Laverdière said in question period last week.

The government has not yet offered a concrete response on whether it will consider using the Magnitsky law in this case, saying it's consulting Canada's allies on this issue.

Clement said the government needs to do its "diligence on this."

"If you want a next step that has been sanctioned by Parliament, our Parliament, the Magnitsky law ... could be something that should be looked at," said Clement. 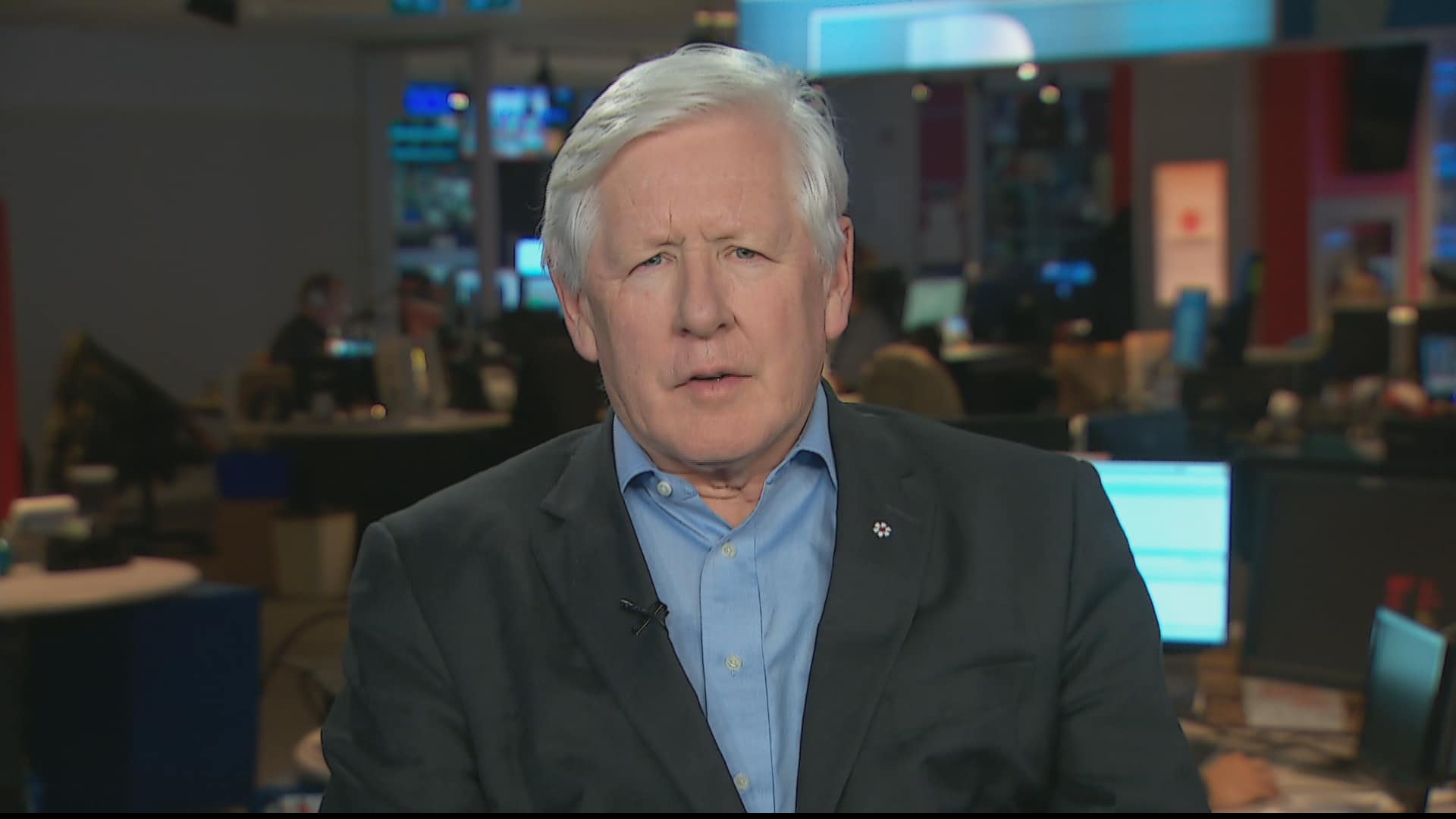 Bob Rae on Canada and the Khashoggi affair

2 years ago
8:41
Former interim Liberal leader Bob Rae joined Power & Politics Monday to discuss what options the government may have in responding to Saudi Arabia over the killing of journalist Jamal Khashoggi. 8:41