Agriculture Minister Marie-Claude Bibeau says the RCMP has been called in to investigate the origins of a pork shipment to China that arrived with a fake Canadian export certificate.

Agriculture Minister Marie-Claude Bibeau said today the RCMP has been called in to investigate the origins of a pork shipment to China that arrived with a fake Canadian export certificate.

Bibeau said the source of the meat and the false certificate remain unknown, and that Canadian and Chinese officials are in close daily contact as they work to find out what happened.

When Chinese authorities advised Canada on June 14, it raised a red flag for the Canadian Food Inspection Agency (CFIA), which asked to review the export certificate.

Upon examination, CFIA inspectors confirmed the certificate was inauthentic.

"We're talking about a criminal case, providing or proceeding with a false certificate, inauthentic certificate. (It) is a criminal action, so this is why we have also forwarded the file to the RCMP and CBSA (Canada Border Services Agency)," Bibeau said in an interview with CBC News Network's Power & Politics.

Bibeau told guest host Heather Hiscox that the country of origin of the meat is unknown, but suggested someone was likely exploiting the "Canadian brand."

An official in Bibeau's office suggested it's unlikely the shipment originated in Canada.

"We both have an interest in opening the market fast," she said.

Earlier today, International Trade Diversification Minister Jim Carr said the government is trying to get answers as quickly as possible, and said incidents involving forged documents are "rare" but not unprecedented. He said the government learned of the situation 10 days ago.

"Somebody is trying to use the Canadian brand to move product into the Chinese market," Carr told reporters after addressing the Canada-India Business Council in Toronto.

"We're in close touch with the industry, with Chinese counterparts, with provincial officials. There's an investigation going forward, and we're taking it seriously and working very hard to get to the bottom of it."

Carr said it's too early to determine whether the industry will need supports and the government's primary goal right now is to find a quick resolution. 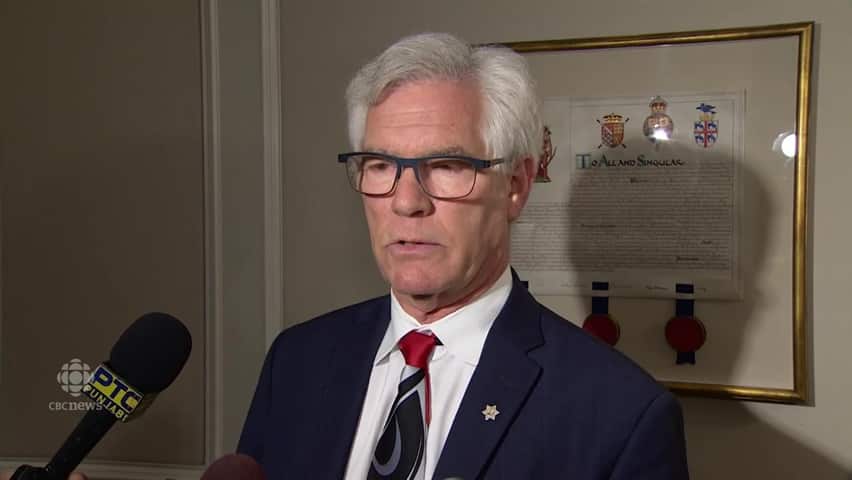 2 years ago
1:08
International Trade Diversification Minister Jim Carr says Canada and China are cooperating on an investigation to find out who is behind forged veterinary certificates being used to import meat into China. 1:08

Carr said there is no known link between the import suspension and escalating tensions with China over the extradition of an executive with Chinese tech giant Huawei. On Wednesday, China renewed its demand for the release of Meng Wanzhou, Huawei's chief financial officer and the daughter of the technology company's founder.

Meng was arrested Dec. 1 in Canada at the request of U.S. authorities, who want to try her on fraud charges. She's living under house arrest in one of her mansions in Vancouver.

Days after Meng's arrest, China detained two Canadians and sentenced another to death in an apparent attempt to ramp up pressure for Meng's release.

Former diplomat Michael Kovrig and businessman Michael Spavor have been accused by the Chinese of conspiring together to steal state secrets. No evidence has been provided and they have not been allowed access to family members or lawyers while in custody.

This latest Chinese action against Canadian exports comes as Prime Minister Justin Trudeau heads to Japan for the G20 summit later this week. U.S. President Donald Trump is expected to meet with his Chinese counterpart, Xi Jinping, at the summit amid the ongoing tariff war between the world's two largest economies.

Meng's arrest set off a diplomatic furor among the three countries, severely damaging Beijing's relations with Ottawa. The Chinese have refused to talk to senior Canadian government officials, including Trudeau and Foreign Affairs Minister Chrystia Freeland.

The Canadian Cattlemen's Association (CCA) called the import suspension "unfortunate" and questioned why beef imports were halted, given the falsified certificate was for pork.

Shipments of Canadian beef to China represented 2.6 per cent of the country's total beef exports last year, and the CCA urged the Canadian and Chinese governments to find a solution so exports can quickly resume.

"We are fully confident in our meat production systems in Canada and the safeguards we have in place," said CCA vice-president Bob Lowe in a statement.

"We will work closely with the government of Canada to identify a solution to the suspension from China, while at the same time we will continue to work on expanding other export markets."

A spokesperson for Freeland said Canada has "very carefully and intentionally abided by its extradition treaty commitments, in accordance with the rule of law," in the Meng case.

"There has been no political interference in this case. It has been entirely about officials taking decisions according to Canada's commitments," Adam Austen said in an email.

"When it comes to China, our government's priority is the welfare of Michael Kovrig and Michael Spavor, who have been arbitrarily detained. We have rallied an unprecedented number of partners around in the world in support of Canada's position." 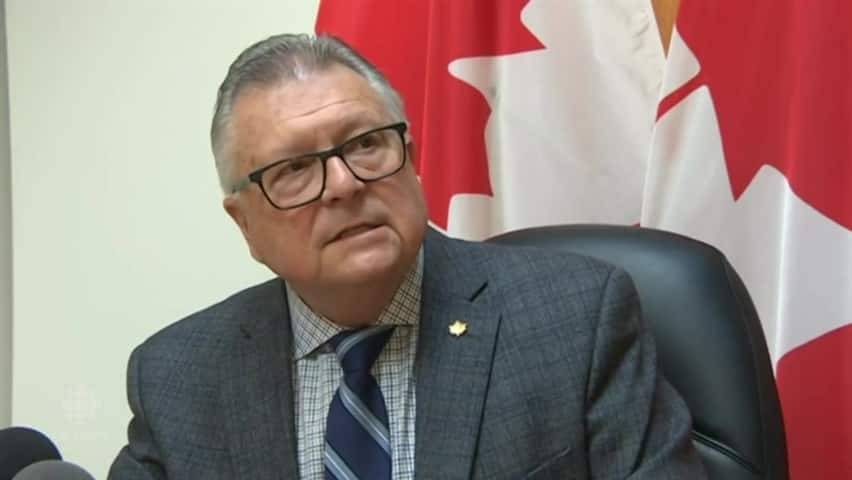 Last week, Trudeau discussed these cases with Trump during the prime minister's visit to Washington ahead of the G20.

Austen also noted that NATO, Australia, the European Union, France, Germany, the United Kingdom, the Netherlands, Latvia, Lithuania, Estonia, Spain, Denmark, the United States and 140 scholars and former diplomats have all spoken out in support of releasing Kovrig and Spavor.

The RCMP confirmed to CBC News that it had received a "referral" from the CFIA and that is evaluating the matter, but did not provide further details.