Provinces have until the end of 2018 to submit carbon price plans: McKenna

Environment Minister Catherine McKenna says a national price on carbon won't be imposed on any province for at least another year.

Environment Minister Catherine McKenna says a national price on carbon won't be imposed on any province for at least another year.

Carbon pricing legislation will be introduced sometime in 2018 and McKenna said Friday that provinces will have until the end of that year to submit their own carbon pricing plans before a national price is imposed on those that don't meet the federal standard.

"We were very clear last year as part of our climate plan that there needs to be a price on pollution and we need to see it across the country," McKenna said. "We will be evaluating all of the systems in 2018, so for provinces that have come up with systems we will be having a look at it."

A year ago, McKenna said provinces would have to impose at least a $10-per-tonne carbon price by 2018, rising to $50 a tonne by 2022. Any province that doesn't would have a federal price imposed on it.

Ottawa needs to pass legislation to impose the federal carbon tax that will include outlining how it will return the revenues to the provinces where the money was raised.

NDP environment critic Linda Duncan said a carbon price "by 2018" to her meant by January 1, 2018. She was dismayed to learn it will be an entire year later.

"It is ridiculous," said Duncan. "What is taking so long?" 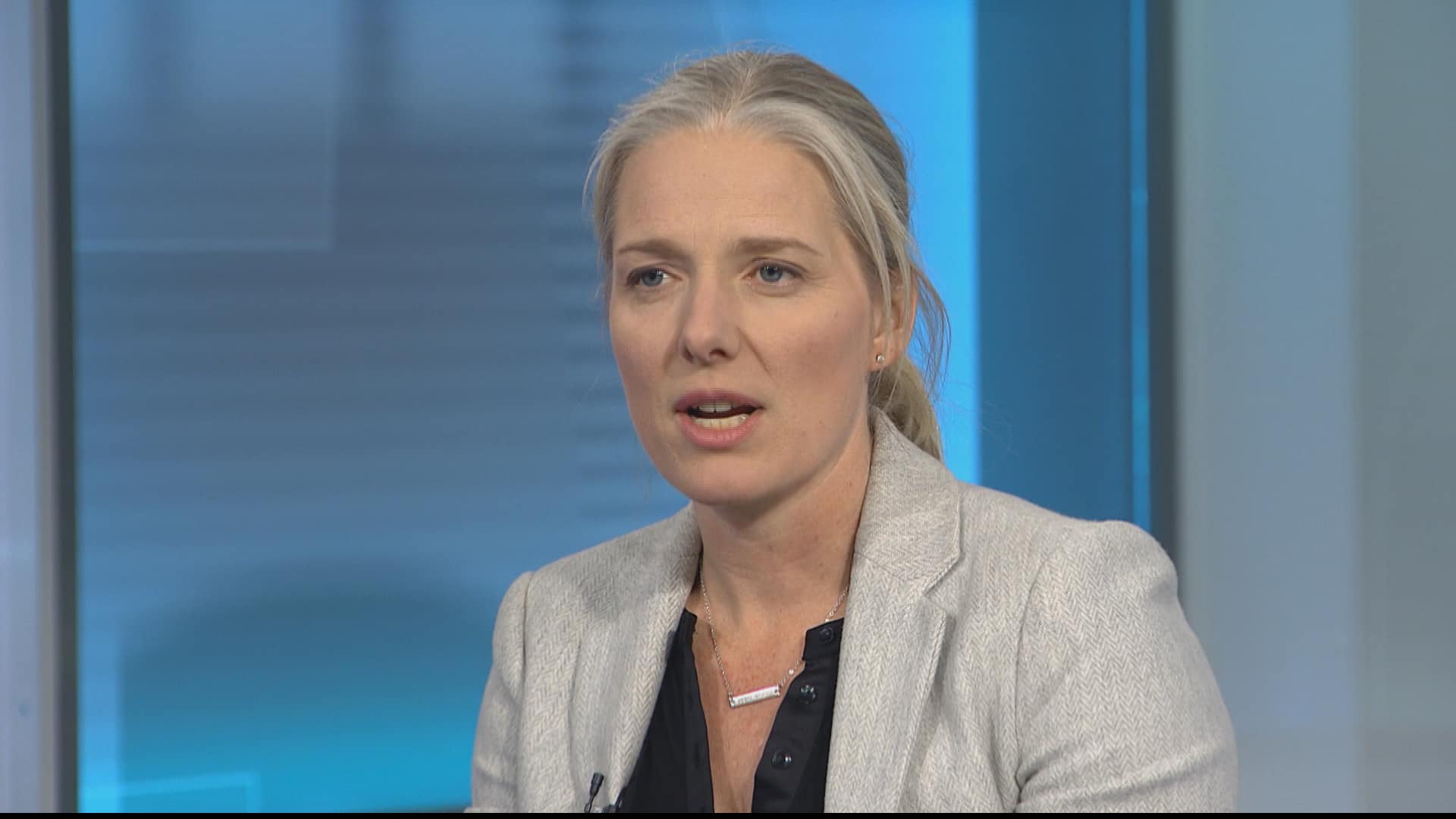 3 years ago
11:02
'Maybe I need to explain to the French President that the Albertan government has shown incredible courage,' says Environment Min. Catherine McKenna. 11:02

Patrick DeRochie, climate and energy program manager at Environmental Defence said this delay, on top of pushing back the start date for new methane regulations and delaying regulations for a clean fuels standard, is concerning.

"There's been a lot of positive talk from this government on climate action but it's time for them to get their hands dirty," said DeRochie.

A forced carbon price has been a thorny issue with many provincial governments since it was first dropped on them in October 2016. Several environment ministers walked out of the meeting with McKenna when it was first discussed.

Eight provinces and all three territories eventually backed the idea when they signed on to the Pan Canadian Framework for Clean Growth and Climate Change on Dec. 9, 2016.

However, no province currently has a plan to meet the federal requirement all the way to 2022, and only five right now are likely to be in compliance in 2018.

Nova Scotia has a new cap and trade system coming in next year but it's not clear if it meets the federal requirements yet.

Saskatchewan and New Brunswick both have climate plans that McKenna has said do not seem to meet the federal threshold.

Prince Edward Island and Newfoundland and Labrador haven't yet said what they plan to do.

The Saskatchewan government has threatened to sue Ottawa if it tries to impose a carbon price on it.

On Friday, McKenna unveiled details of a $1-billion low carbon leadership fund that will be divided among six provinces over the next five years to help them initiate programs to cut emissions. Most provinces intend to use the money for energy efficiency programs, though some plan to direct it to reforestation projects or to help farmers use more efficient methods in their operations.

P.E.I. and Newfoundland and Labrador have yet to come to an agreement with Ottawa on how they'll spend their share of the funds. Manitoba and Saskatchewan will not qualify for a share of the fund unless they sign onto the climate framework by the end of this year.

Neither intend to do so. Consequently, Manitoba will lose out on $66 million and Saskatchewan on $62 million.

"By excluding Manitoba from the low carbon economy fund, the federal government is further establishing its fixation with taxes over outcomes," said Manitoba Sustainable Development Minister Rochelle Squires in a written statement.

Manitoba argues its climate plan will achieve more emission reductions than the federal plan. Earlier this year, Manitoba got a legal opinion that Ottawa has the right to force provinces to initiate a carbon tax.