The Liberals have been looking into mandatory drug testing in workplaces in connection with cannabis legalization and say it's possible for certain job sectors.

It would apply only in limited circumstances, says MP Bill Blair

The Trudeau government has been looking into making drug testing mandatory in selected workplaces in connection with its cannabis legislation.

MP Bill Blair, the government's point person on the file, told CBC Radio's The House on Thursday that people in safety-sensitive jobs — like pilots — could be subjected to mandatory testing in the future.

"We examined very closely what we could do as far as testing when there was a bona fide safety requirement," he told host Chris Hall.

"In those very limited circumstances, it's possible."

Since the introduction of legislation legalizing recreational cannabis consumption, government officials, labour groups and employers have been divided on whether to implement mandatory testing.

There are now no federal labour rules on drug and alcohol testing outside of the military, and successive governments since the late 1980s have stayed away from the issue.

However, the legal recreational marijuana market, which Ottawa hopes to have in place this summer, has placed pressure on the government to establish national rules for workplace drug testing.

But there are privacy and constitutional complications with random testing — examples of which arose during examinations of Bill C-46's proposals for tackling drug impaired driving, which Blair had said previously would not delay passage of the main cannabis bill.

Bill C-46 contains new offences for different levels of drug impairment and gives police the authority to use roadside saliva tests to determine if drivers have drugs in their system.

Still, some people are calling for exactly that: mandatory, random testing in certain workplaces.

"It's been proven to work," said Derrick Hynes, president of the Federally Regulated Employers Transportation and Communications.

"It results in a change in behaviour, which is precisely what you're looking for. You're not looking for a punitive measure."

You can strike a balance between privacy rights and safety, Hynes said, adding he hopes the cannabis bills can be amended to include a section on mandatory drug testing.

Regardless of whether it's included in this round of legislation, he said he'll continue to push for it.

While it appears there's no plan to include amendments dealing with mandatory testing in Bill C-45 — the main item of cannabis legislation — Blair said it's something the government will talk about after the legislation is in place.

"It is part of an important and complex discussion." 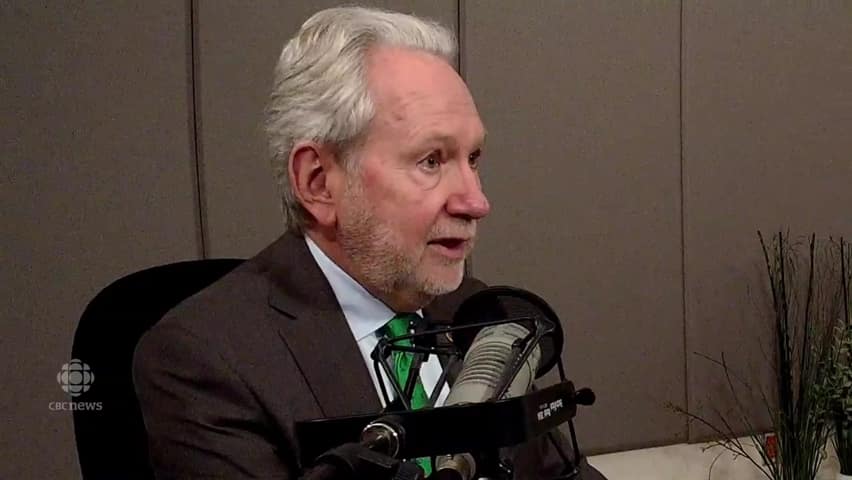 3 years agoVideo
1:08
The Government's Representative in the Senate Peter Harder says he will have the Senate sit as long as it takes to pass both government cannabis bills. 1:08

Time is running out to finalize the main bill. This week, the Senate's social affairs committee recommended 40 amendments to the legislation, and the Red Chamber has scheduled a final vote on Bill C-45 for on or before June 7. Legalization is expected to follow eight to 12 weeks later.

Despite the time crunch, the Senate appears prepared to sit into the summer to complete the legislation, if required.

"We will sit 'til it's done," Sen. Peter Harder, the government's Senate representative, told The House in May.