The family of a Canadian soldier who died in a parachute accident in Bulgaria is remembering him as a "ray of sunshine" who had wanted to serve in the military since childhood.

The family of a Canadian soldier who died in a parachute accident in Bulgaria is remembering him as a "ray of sunshine" who'd wanted to serve in the military since childhood.

Bombardier Patrick Labrie of Gatineau, Que., died after something went wrong during a training jump from a low altitude Monday night.

His body arrived at around 8 p.m. Saturday at the Ottawa airport.

Soldiers hoisted Labrie's casket — draped in a Canadian flag — onto their shoulders and carried it off the plane and into a hangar, as Labrie's loved ones held hands and walked slowly behind.

Afterwards, Labrie's parents spoke about their son, his father in French and his mother in English.

"When we heard about our son's death ... it was devastating. We can't even describe it. Our life has been torn apart," said Labrie's mother, Julie Rivard.

"Patrick was a ray of sunshine in our life. He loved everyone, and he was loved by everyone."

Labrie had enrolled in the armed forces in 2013 as an artillery soldier and had spent the majority of his service with the 2nd Regiment, Royal Canadian Horse Artillery, in Petawawa, Ont.

"From an early age, our son's dream was to join the Canadian armed forces. Defending our country and wearing the Canadian flag brought great pride to Patrick," Rivard said.

At the time of his death, he was taking part in Exercise Swift Response 19, which happened from June 8 to 27 in various locations in Bulgaria, Croatia and Romania.

Watch: Remains of soldier killed in parachute accident in Bulgaria returned to Canada 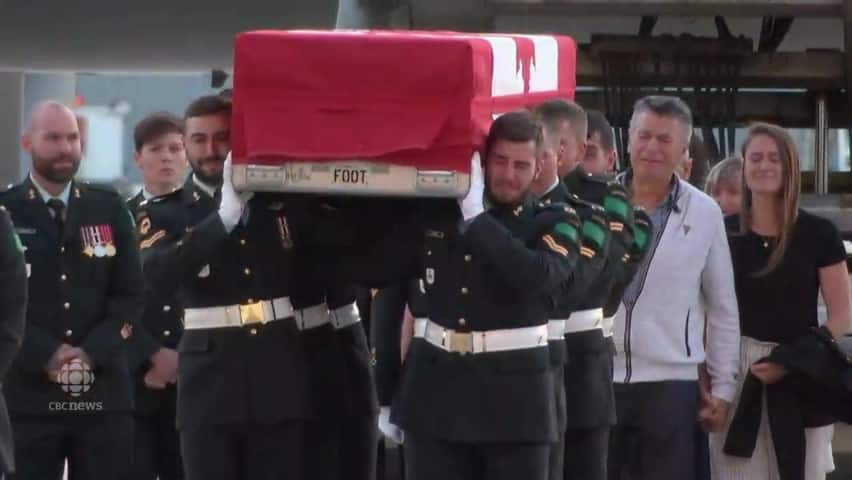 1 year agoVideo
2:18
The family of Bombardier Patrick Labrie, the Canadian soldier who died in a parachute accident in Bulgaria, is remembering him as a "ray of sunshine" who'd wanted to serve in the military since childhood. 2:18

Labrie will be remembered by his regiment as someone with a strong mental outlook and work ethic.

"He was a very curious individual and put a lot of thought into his job and to the next bound of what his career would be," said Maj. Carla Brumpton, Labrie's superior officer, in an interview with Radio-Canada.

"He was always wanting to put in the extra effort and make sure he did tasks before being asked and he was really someone you could rely on," Brumpton said. "He loved his job."

In addition to being missed on a professional level, Brumpton said Labrie will be missed personally by the close friends he made across the regiment.

"He had a laugh that could fill the room. When he laughed, it was just the best."

The joint multinational airborne field training exercise is working to advance interoperability of NATO allies and test the military alliance's ability to deploy into Eastern Europe at a moment's notice.

It's an air-heavy exercise that involves a lot of paratroopers, aircraft and helicopters. The accident occurred around 10 p.m. ET Monday in Cheshnegirovo, which was the middle of the night local time.

The military is now investigating Labrie's death and what went wrong.

"We sincerely hope the investigation will be thorough to ensure this situation does not happen to another young soldier," said Rivard.

At least three other soldiers, including two Americans, were injured in the U.S.-led exercise, but the Defence Department said those injuries were in separate incidents.

A spokesperson for the Forces said Labrie was a certified jumper who recently had completed recertification for physical training, although the spokesperson could not say how many jumps Labrie had completed in his military career.

Sources at the Department of National Defence told CBC that Labrie was one of 100 Canadian soldiers taking part in the annual exercise. He was not part of a nation-to-nation exchange and was under Canadian command at the time of his death.

The fatal jump was from a Canadian aircraft — a static line jump from a height of about 400 metres. All Canadian static line jumps in this exercise have been suspended while the investigation takes place. 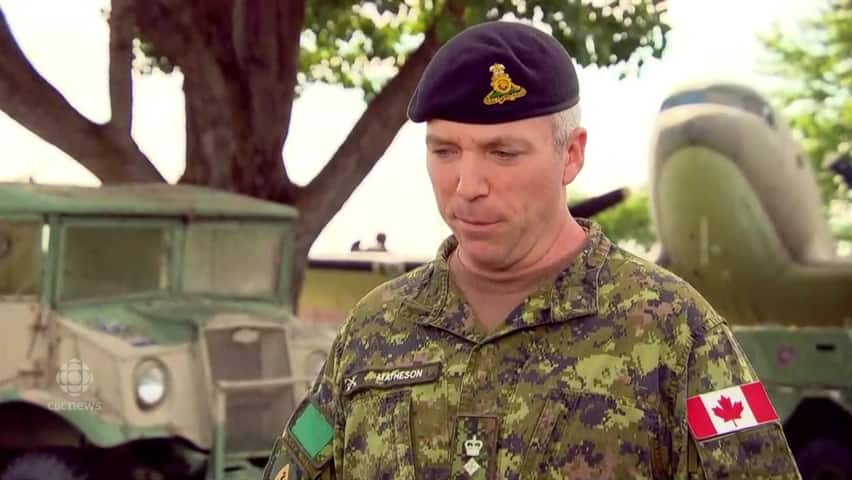 'He will be sorely missed'

"The death of Patrick Labrie is a tragic event and this loss is felt across the entire military community. For now, we will use every single means available to ensure his family have the support they need," National Defence public affairs previously told CBC in a statement.

"Due to privacy issues and to the ongoing investigation, we will not go into any further details regarding the circumstances surrounding the nature and event of his death. For now, our priority is to support the family and colleagues of Bombardier Labrie during these difficult moments."

Lt.-Gen. Jean-Marc Lanthier, commander of the Canadian Army, said in a statement that he was "deeply saddened" by the loss.

"Not only is his death a painful loss to his family and friends, but we feel this loss across the Canadian Army and throughout the entire military community," he said.

Canadians mourn today with the family and loved ones of the Canadian soldier killed in a training exercise in Bulgaria yesterday. Bombardier Patrick Labrie’s brave service to our country will not be forgotten.

Messages of grief and sympathy also spread on social media after Labrie's death was announced.

"Canadians mourn today with the family and loved ones of the Canadian soldier killed in a training exercise in Bulgaria yesterday," tweeted Prime Minister Justin Trudeau on Tuesday. "Bombardier Patrick Labrie's brave service to our country will not be forgotten."

Conservative Leader Andrew Scheer tweeted he was saddened to learn of the death.

"On behalf of Canada's Conservatives, Jill and I extend our condolences to their family and loved ones. To all members of the CAF, thank you for your service to Canada," he said.

Saddened to learn of the death of a Canadian Armed Forces member in Exercise Swift Response in Bulgaria. On behalf of Canada’s Conservatives, Jill and I extend our condolences to their family and loved ones. To all members of the CAF, thank you for your service to Canada.

With files from Murray Brewster, Kathleen Harris and the Canadian Press