Canada's Foreign Affairs Minister is vowing to double down on efforts to fight extremism after a bloody attack in the Indonesian capital of Jakarta has reportedly left one Canadian dead.

Canada's Foreign Affairs Minister is vowing to double down on efforts to fight extremism after a bloody attack in the Indonesian capital of Jakarta has reportedly left one Canadian dead.

"Canada will continue to stand by Indonesia and co-operate in the fight against extremism. We offer our full support to the Indonesian authorities during this challenging time," Stéphane Dion said in a statement Thursday.

An earlier report from Indonesia's foreign affairs ministry said a Canadian was one of the two civilians killed in the Paris-inspired assault in the city's central business district, not far from the U.S. Embassy and offices of the United Nations.

The identity of the Canadian is unknown, but Dion said the government was working with Indonesian authorities to confirm those details.

Prime Minister Justin Trudeau also offered support to Indonesia, the world's largest Muslim country, as it looks to protect itself from further incursions by radical elements.

"Obviously our hearts — of Canada and Canadians — go out to the people of Indonesia and all the families and victims of these terrible attacks and we're of course going to be supporting the Indonesian government in anything it needs from Canada through this difficult time," Trudeau added during a news conference in Kitchener, Ont.

A spokesperson for Indonesia's national police said that all of the attackers were affiliated with the Islamic State in Iraq and Syria group.

The Conservative Party's shadow foreign affairs critic, Tony Clement, said the attack is further proof that Canada should continue the military campaign against the ISIS, despite a Liberal pledge to pull back CF-18 fighter jets from Iraq and Syria.

"This is another grim reminder of the prevailing threat posed by Islamic jihadists, and of the need to stand shoulder-to-shoulder with our allies to step up the fight against this evil scourge," Clement said in a statement.

"The Conservative caucus is ... asking the Liberal government to provide Canadians a clear indication of its plan to fight ISIS, including the Royal Canadian Air Force maintaining its airstrikes in Iraq and Syria alongside our coalition allies."

The Liberal government has instead promised to send additional military trainers to Iraq to bolster the number of special ops on the ground training the Kurdish Peshmerga to fight the group. 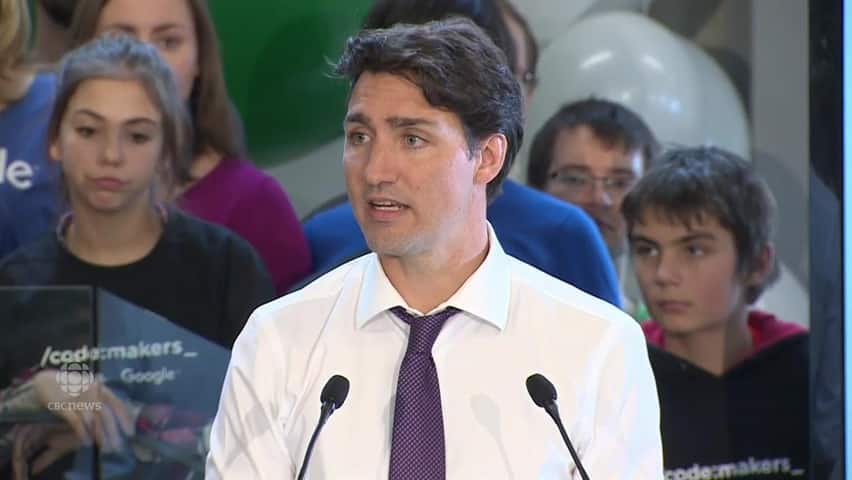 5 years agoVideo
0:39
Prime Minister Trudeau spoke to reporters about the attacks in Indonesia during a stop in Kitchener today 0:39