In the aftermath of the deadly siege on Capitol Hill nearly two weeks ago, vice-president-elect Kamala Harris took some time to call her aunt and uncle in Canada to let them know she was safe. 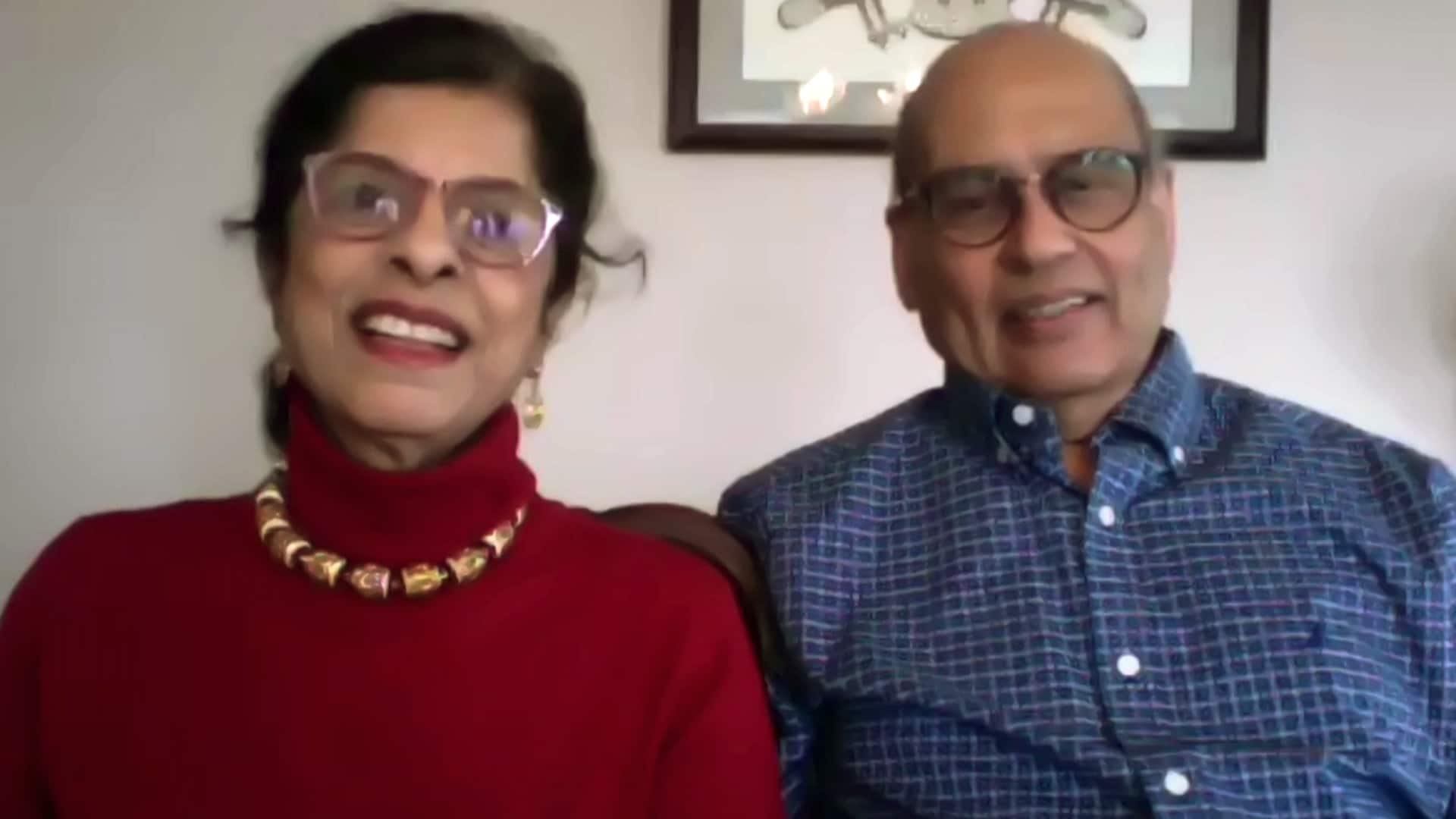 Canadian relatives of next U.S. vice-president discuss her upbringing

1 month ago
10:25
Chinni and Shankar Subash, the Canadian aunt and uncle of vice-president-elect Kamala Harris, join Rosemary Barton in an exclusive interview on Rosemary Barton Live to discuss their niece's upbringing and how they plan to celebrate her historic inauguration on Wednesday. 10:25

In the aftermath of the deadly siege on Capitol Hill nearly two weeks ago, vice-president-elect Kamala Harris took some time to call her aunt and uncle in Canada to let them know she was safe.

"These days her life is so busy, they are very brief conversations, but she wanted to show me everything was OK," said Chinni Subash, the younger sister of Harris's late mother, Shyamala Gopalan Harris, on Rosemary Barton Live.

The vice-president-elect was in Washington, D.C., when a mob of pro-Donald Trump rioters stormed the U.S. Capitol on Jan. 6 as Congress voted on president-elect Joe Biden's victory in the Nov. 3 election.

As Washington locks down and law enforcement braces for further violence ahead of Wednesday's presidential inauguration, Harris told NPR on Thursday that "we cannot yield to those who would try and make us afraid of who we are."

And she said that when she takes the oath of office outside the Capitol — becoming the first Black woman and person of South Asian descent elected to the vice-presidency — she will be thinking of her mother.

Shyamala Harris instilled in her children the importance of education and extracurricular activities, Subash recalled, adding that she still has handmade Christmas gifts crafted by Kamala Harris and her sister, Maya, in her possession.

Subash told CBC Chief Political Correspondent Rosemary Barton that her older sister would be "very proud" of her daughter today.

"I don't know if you've seen the picture when [Kamala] was sworn in as district attorney of San Francisco," she said. "My sister looks so proud. She was so proud of her daughters because they were exhibiting the values that she had taught them all her life."

When she was 12, Harris and her sister moved from California to Montreal with their mother, who had taken a position teaching at McGill University and conducting research at the Jewish General Hospital.

Harris lived in the city for five years, graduating from Westmount High School in 1981.

Chinni Subash recalls that as Harris's career progressed, her niece was eager to hear her aunt's perspective on various Canadian issues.

But Shankar Subash, Chinni's husband, said politics is not top of mind during gatherings with Harris.

"When we get together, we talked more about family matters rather than the political situation either in Canada or the United States," he said.

"The time was spent more on having fun."

Harris gave her aunt a shoutout during her address at the Democratic National Convention last summer when speaking about the importance of her family and her heritage.

"Family is my uncles, my aunts — my chitthis," Harris said, using a Tamil word to refer to the younger sister of one's mother.

"I was actually very touched," Chinni Subash said. "I mean, with everything that she has to take care of these days ... I was very touched and very honoured that she acknowledged us."

That sentiment extends to the incoming president himself.

Biden administered the Senate oath of office to Harris back in 2017, an event Chinni Subash and her husband attended in Washington.

The president-elect took the time to learn how to pronounce the names of Harris's family members, the couple said, and recalled being impressed by the time Biden spent learning more about her relatives.

But when Harris is sworn in as vice-president on Wednesday, her aunt and uncle won't be attending the scaled-down event. Instead, they'll be watching from their home in Canada due to the COVID-19 pandemic.

"It's a little bit early, but my idea would have been to have a nice glass of champagne," Chinni Subash mused. "But the swearing-in is in the morning, so maybe I'll enjoy it in the evening." 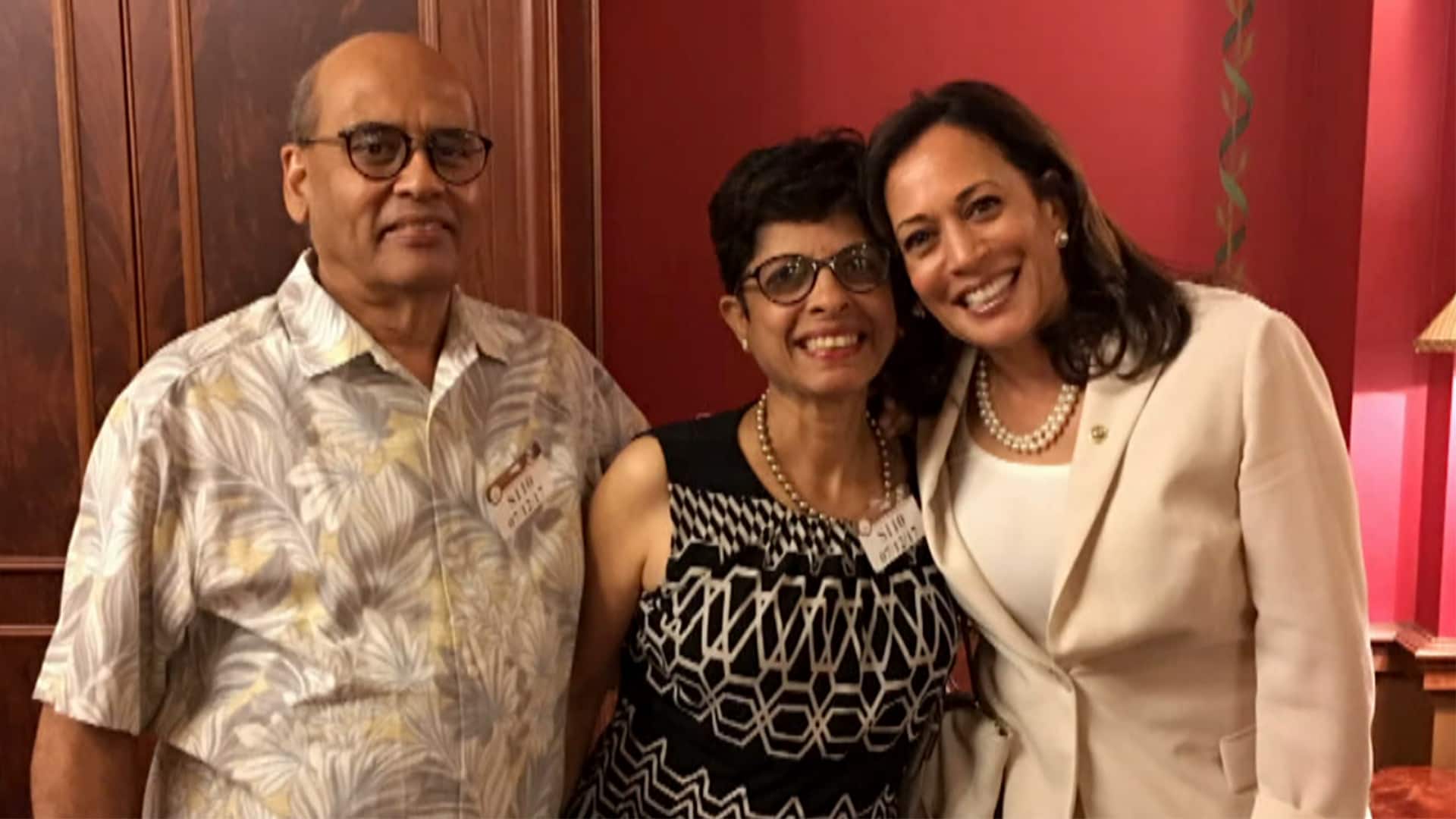 1 month ago
2:01
Kamala Harris’s Canadian friends and family share their pride and personal memories as Harris is set to make history as the first Black woman and person of South Asian descent to hold the office of U.S. vice-president. 2:01