Energy ministers from Canada, the United States and Mexico have signed a significant deal on clean energy, a first step toward continental collaboration to battle climate change.

The challenge is use 'this very low spot' in the commodity cycle to effect change: Jim Carr

Canada, the United States and Mexico have signed a trilateral agreement that could mark the start of discussions on the first North American accord on climate change and clean energy.

"As of today all of our North American energy data and energy maps are gathered on one platform for the first time. This is significant because it allows us to think about continental energy integration in a new light," Carr said Friday morning in Winnipeg.

"This memorandum takes the important strides we've made in recent years towards a continental approach to energy and expands our relationship in support of an even more ambitious clean-energy environmental agreement."

Moniz credited today's agreement to the "tremendous" change in the the energy scene in North America, the "revived relationship" between the three countries and "the change of government here in Canada."

"The trilateral relationship certainly is not missing a beat," the U.S. energy secretary said on Friday.

"If anything, I think it's accelerating even more with the very strong Canadian commitment in the areas of energy, environment and innovation." 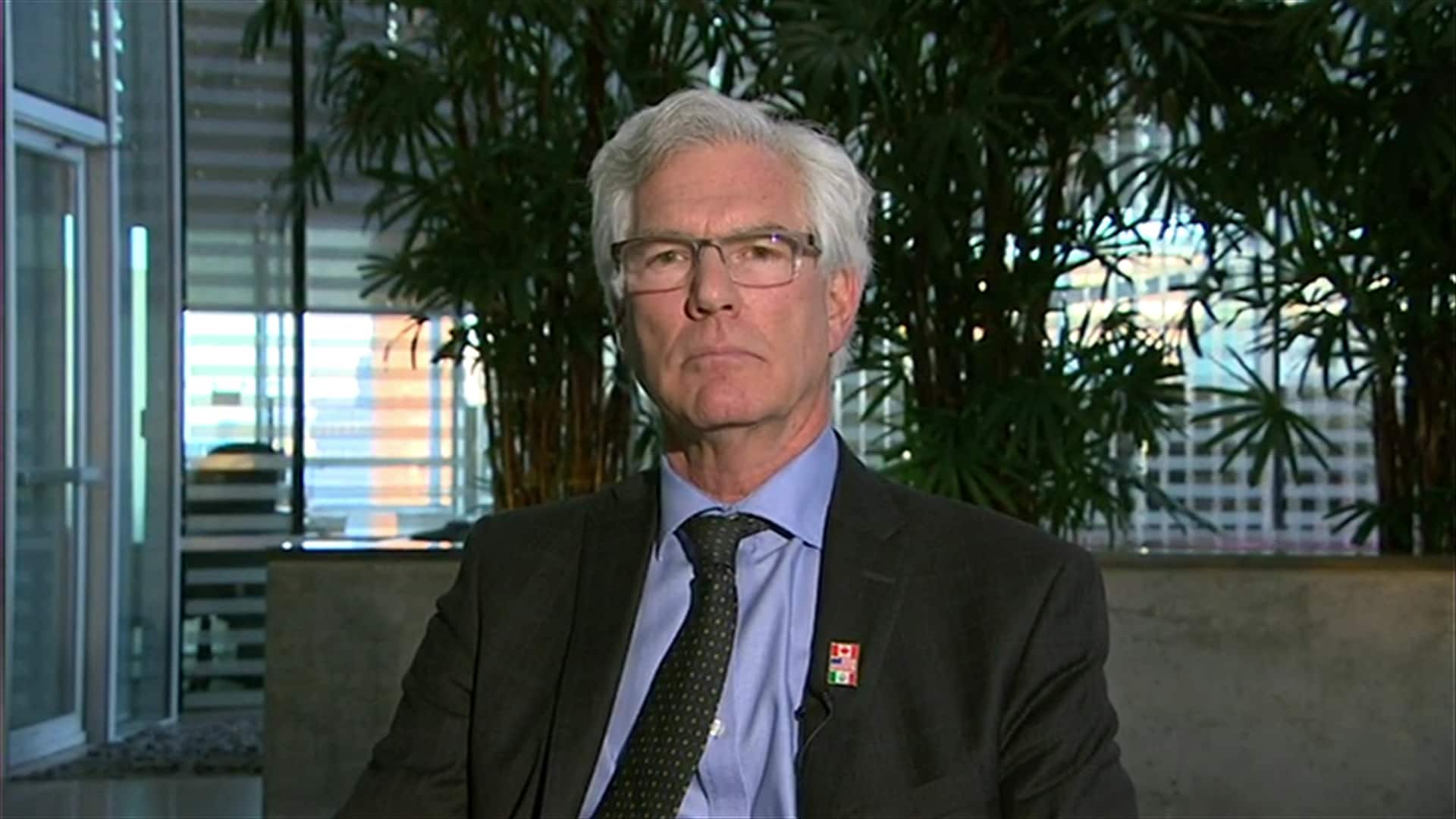 Coldwell, who spoke in Spanish through a translator, said wind power is the fastest growing energy source in Mexico.

He spoke of the three countries' "common objectives" to offer competitive electricity rates from clean-energy sources supported by sustainable infrastructure.

Sources told CBC News the emphasis going forward will be on a "low-carbon future" for North America.

This essentially kickstarts the detailed, behind the scenes work needed for a continent-wide agreement that will enable all three countries to work together on clean energy and options to reduce greenhouse gas emissions.

The North American nations have been working toward this since last May, when they set up a working group on continent-wide clean energy co-operation.

There have also been clear signs it's a big priority under the new Liberal government that campaigned on the need for such a deal.

Carr acknowledged that with more job losses on the horizon as oil and gas prices continue to plunge, the road ahead will not be an easy one.

"Our challenge … is to use this very low spot in the commodity cycle to make transformational change; to find that sweet spot between resource development and environmental stewardship," Carr said on Friday.

The briefing notes for the new minister of natural resources, acquired by CBC under Access to Information, refers to "repairing our relationship with our North American partners" on energy and environment.

"A renewed memorandum of understanding could form the starting point for more far-reaching discussions on a continental clean energy agreement and climate change," the briefing notes say.

It's also significant because for the first time since 2008, when the Keystone XL pipeline was proposed, the energy discussions between the U.S. and Canada are not dominated by pipelines.

"It's the fact we are recognizing that our energy relationship is more than just oil, and there is more to the Canada-U.S. relationship than the Keystone pipeline," said Keith Stewart, head of Greenpeace Canada's climate and energy campaign.

"This is the kind of thing that has been done on trade, it hasn't been done on climate change. If this is a first step in that direction, it's a good thing," Stewart told CBC News.

'It was a bit of a dialogue of the deaf.'- Clare   Demerse , senior policy adviser with Clean Energy Canada

Clean energy groups predict today's agreement means the continent's industry is about to take off.

"It shows how seriously our countries will be starting to take clean energy." said Clare Demerse, senior policy adviser with Clean Energy Canada.

Demerse says it could create a bigger market for Canadian renewable energy.

For example, the U.S. Clean Power Plan allows coal-burning states to import clean Canadian energy that has come online since 2012 to reduce their emissions. Despite a recent court-imposed delay, most environmentalists believe that plan will eventually proceed with a big demand for Canadian hydro, solar and wind power.

There could also be a chance to develop a continent-wide infrastructure for electric cars.

"All three countries manufacture cars, all three are thinking about the next generation of cars," Demerse said.

"There is a lot they can do together to make sure, for example, you could drive an electric car anywhere on the continent and know you can charge it."

Sources say the timing of today's announcement is not a coincidence. Domestic climate policy will reach a new chapter next month when Prime Minister Justin Trudeau meets with the premiers in Vancouver to talk about a national climate strategy.  A week later, Trudeau heads to Washington for an official state dinner with U.S. President Barack Obama.

Demerse thinks today's agreement puts the two countries back on the same page.

"For years the American government has been trying to talk to Canada about clean energy and unfortunately they kept hearing back about pipelines," he said. "It was a bit of a dialogue of the deaf.

"Now, we are finally catching up to where our allies are, and that will make the conversation and relationship a more effective one."

The energy ministers met Thursday in Winnipeg ahead of the official signing Friday morning.

With files from CBC's Susana Mas