Negotiations between Canada and the United Kingdom to hammer out the terms of their post-Brexit trade deal have concluded, Prime Minister Justin Trudeau and British Prime Minister Boris Johnson said in a video released to the media Saturday morning.

Negotiations for a permanent, more ambitious agreement planned for next year 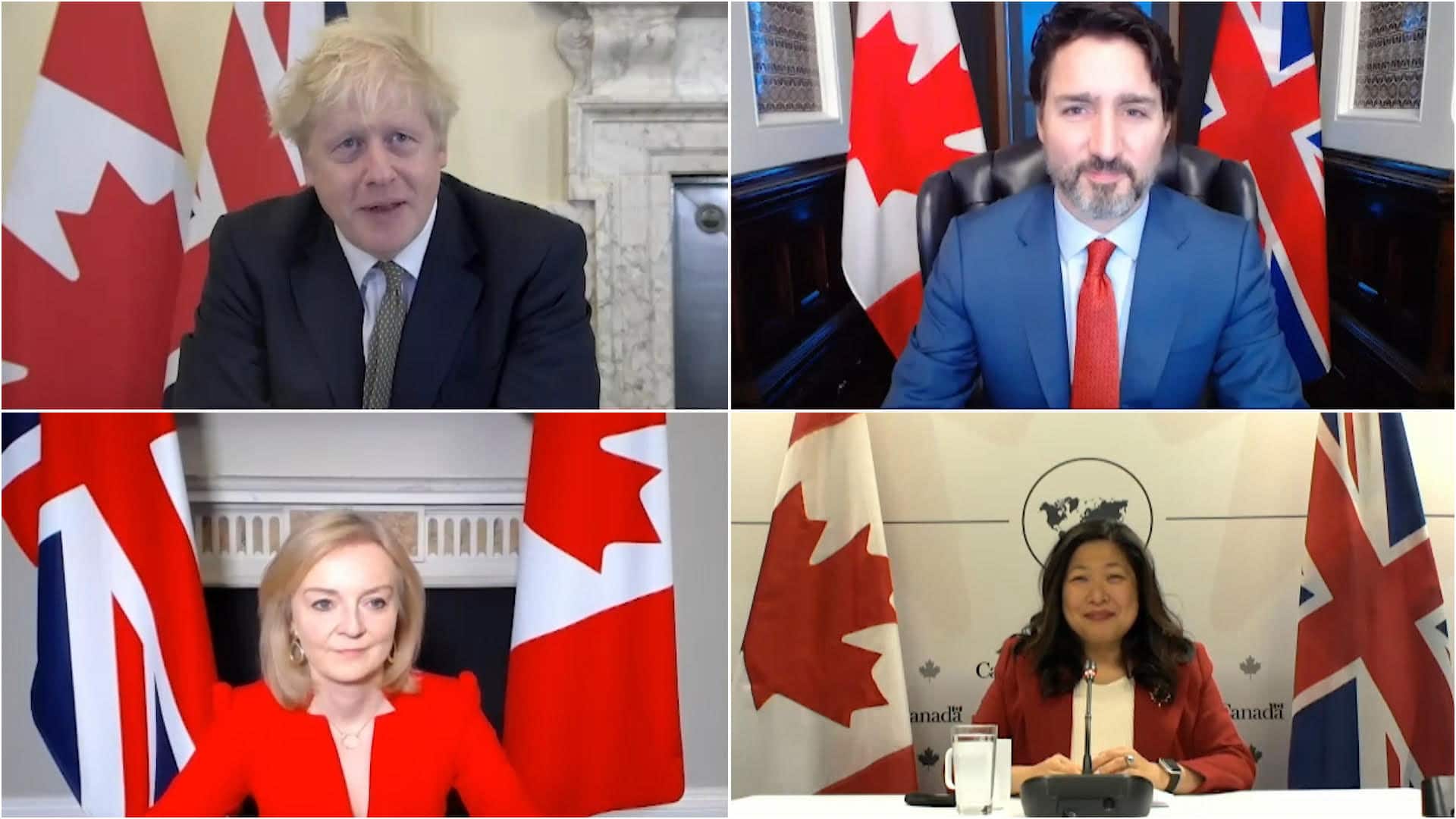 "Now we get to continue to work on a bespoke agreement, a comprehensive agreement, over the coming years that will really maximize our trade opportunities and boost things for everyone," Trudeau said.

"Free trade is an important part of the way that we're going to bounce back from COVID, but I also think that Canada and the U.K. share a perspective about building back greener," said Johnson, who also took a moment to congratulate Trudeau for taking steps to get Canada to net-zero carbon emissions by 2050.

The Canada-United Kingdom Trade Continuity Agreement extends the elimination of tariffs on 98 per cent of goods exported between the two countries and sets the stage for negotiations toward a permanent and more ambitious deal in the new year. The deal could include "the potential to go further in areas like digital trade, the environment and women's economic empowerment," a release from the British government said.

The announcement came as world leaders virtually convened for the G20 summit.

WATCH | What we know about the Canada-U.K. interim trade deal:

What we know about the Canada-U.K. interim trade deal

2 months agoVideo
5:35
The two countries have agreed to 'roll over' the Comprehensive Economic and Trade Agreement (CETA). 5:35

Following the U.K.'s exit from the European Union last winter, the two countries agreed to let the Comprehensive Economic and Trade Agreement (CETA) — the bilateral trade deal in effect between Canada and the EU since 2017 — continue to apply to Canada–U.K. trade until the end of 2020.

Negotiating a new comprehensive bilateral trade agreement between the two countries that could be fully ratified and in place before Jan. 1 was difficult because the British did not have jurisdiction over their own trade affairs until their exit from the EU was complete.

Instead, the two sides agreed to "roll over" the CETA in a short-term transitional agreement, replicating most of the existing language and renegotiating only what was required to make it fit U.K.-only trade.

Speaking to reporters on Saturday, International Trade Minister Mary Ng said the interim deal largely replicated the terms under CETA, but she cautioned that the agreement "wasn't simply a matter of copy and paste."

"It will continue to have strong provisions on labour, the environment, on regulatory cooperation, dispute settlement and so forth," she said. "It also protects Canada's supply-managed products, so I want to be very clear that there is no new market access for cheese here in this transition agreement."

Now that negotiations have concluded, the deal must be approved by both governments. In Canada's case, legislation to change regulations and laws (including its custom tariff) to comply with the new agreement must be approved by Parliament before the deal can take effect.

The timeline for passing such a bill is now very tight, but both countries have said they don't want to disadvantage or disrupt businesses who've benefited from CETA and depend on this two-way trade.

Opposition MPs on the Commons trade committee warned Friday they may not be able to pass an implementation bill in time before the House's extended holiday break.

Ng did not discuss how the government planned to address those concerns.

"We're looking forward to working very hard with our colleagues on all sides of the House to ensure that we can get some predictability and stability for our businesses who are exporting into the United Kingdom," she said.

Tracy Gray, Conservative international trade critic, said Saturday she was pleased to see talks conclude but came down on the Liberals for leaving the legislation "until the 11th hour."

"We will do our due diligence as expected by Canadians to study the enacting legislation for this transitional agreement to ensure it is a good deal for Canada and does not leave Canadian exporters worse off compared to CETA," she wrote in a statement.

WATCH | U.K. High Commissioner to Canada on what the agreement means: 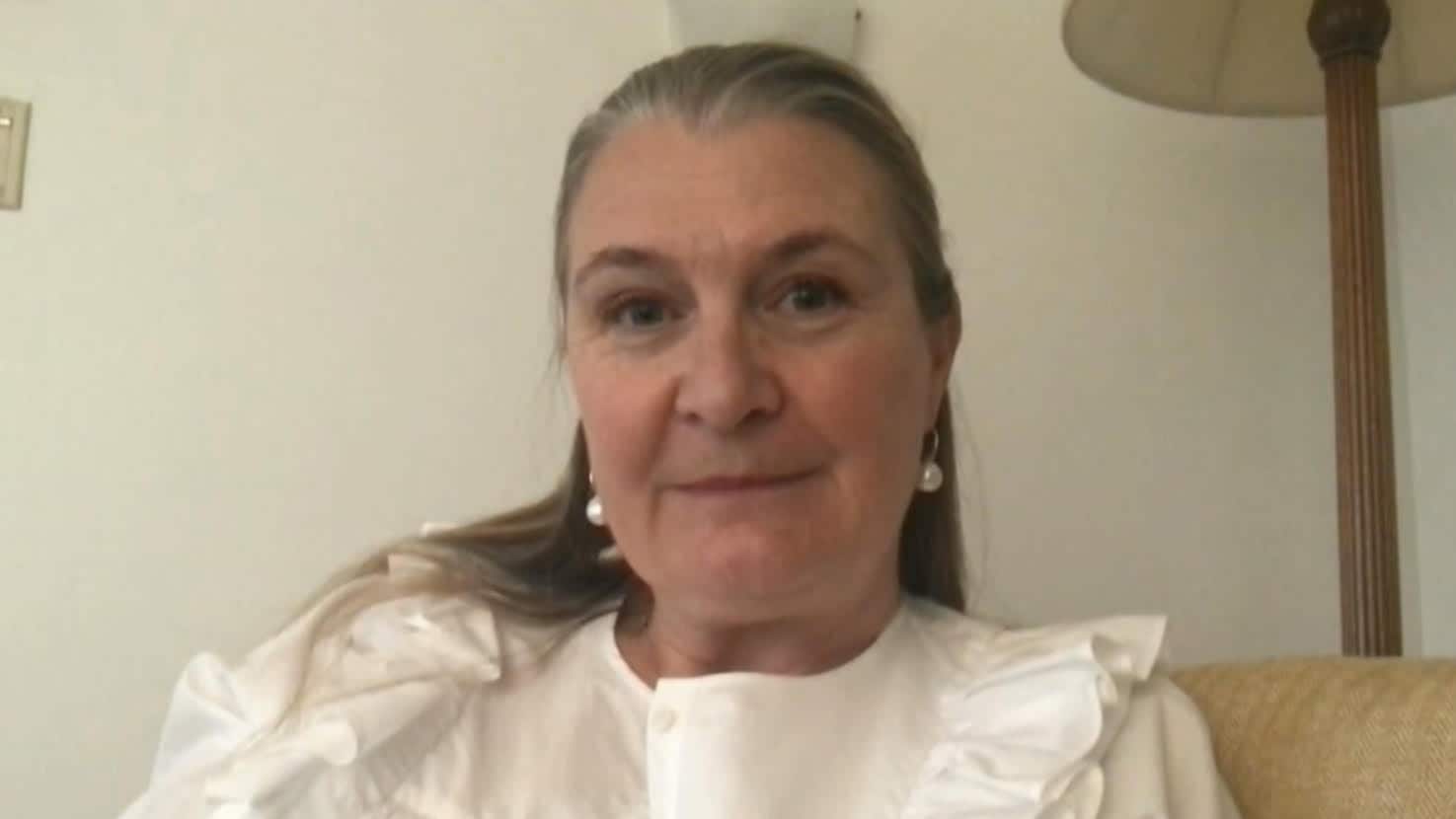 This is the foundation of free-trade deal: High Commissioner to Canada

2 months agoVideo
5:48
The U.K.'s High Commissioner to Canada, Susan Jane le Jeune d'Allegeershecque, says the interim deal between Canada and the U.K. will be good for businesses and future negotiations 5:48

Canada's business community offered a mixed reaction shortly after the deal was announced, welcoming the economic certainty the interim deal offered while asking for more specifics on the arrangement.

"We call on the Canadian and British government to publish details of the agreement so that businesses can understand all the practical details," said Mark Agnew, international policy director for the Canadian Chamber of Commerce.

"We also call on the government and parliamentarians to work together in ensuring a prompt passage of the necessary implementing legislation to provide certainty for Canadian businesses at the earliest possible opportunity."

Goldy Hyder, president of the Business Council of Canada, said he looked forward to reviewing the details of the agreement and that he believed in a future "opportunity to enhance our bilateral trade and investment ties even further" under a more comprehensive pact.

Dan Darling, president of the Canadian Agri-Food Trade Alliance, described the agreement as "a welcome stop-gap measure" but said it is not enough, calling on the government to fix the market-access issues that Canadian producers have faced under the existing agreement with the EU.

"For other agri-food exporters, a transitional arrangement simply reinforces a situation that remains unacceptable under CETA due to the persistence of trade obstacles that continue to hinder Canadian exports," he said.

"That is why we are urging both parties to return to the negotiating table as soon as possible in order to reach a comprehensive and more ambitious pact that removes tariffs and non-tariff barriers, provides liberal rules of origin and creates a level playing field that will enable increased trade and deliver commercially viable two-way growth for agri-food."

Ng said talks with businesses and stakeholders would take place "within a year of this present agreement being ratified."

"We will certainly have an opportunity to talk to our businesses before we enter into those new negotiations," she said.

There's no end date or sunset clause for the transitional agreement, but both sides intend to begin negotiations toward a permanent agreement to replace it sometime next year.