Many Canadian residents with U.S. citizenship could have problems with their banks and other financial institutions in coming months unless they provide them with a U.S. identification number, CBC News has learned. Experts say those who refuse or who can't could face fines or the risk of their bank accounts being closed.

End of grace period could mean fines or account closures for some Canadians with U.S. citizenship

Many Canadian residents with U.S. citizenship could risk fines or the closure of their banking or investment accounts in the coming months if they don't provide financial institutions with U.S. identification numbers, officials warn.

Experts say that in some cases, financial institutions may close accounts rather than face fines for not providing U.S. social security or taxpayer identification numbers for clients who could be subject to U.S. income tax, such as dual citizens.

That means the stakes are about to get higher for those who haven't been filing returns and for "accidental Americans" — Canadians with U.S. citizenship (from being born in the U.S. or to an American parent) who did not realize that, as American citizens, they're obliged to file U.S. tax returns.

The changes won't affect those who are already filing income tax returns to both Canada and the United States and who already have provided their financial institutions with U.S. identification numbers.

Unlike most countries, which levy income tax based on where taxpayers live, the United States requires all those with U.S. citizenship to file income tax returns, regardless of where they live or how much time they've spent in the U.S.

The Canada Revenue Agency, not the U.S. Internal Revenue Service, will be enforcing the requirement and levying any fines.

In 2010, the United States adopted the controversial Foreign Account Tax Compliance Act (FATCA) in a bid to curb offshore tax evasion. Under FATCA, financial institutions outside the United States are obliged to search their files for customers who could be subject to U.S. income tax and report information about those accounts.

Former prime minister Stephen Harper's government negotiated an agreement that tasks the Canada Revenue Agency with collecting that information from financial institutions for the IRS.

In September 2019, the CRA sent 900,000 financial records belonging to Canadian residents to the IRS — nearly a third more than it sent the previous year. The records were for the 2018 tax year.

The arrangement with the IRS included a "grace period" that allowed financial institutions to send on records that were missing valid U.S. social security numbers or taxpayer identification numbers (TINs) without being fined. That grace period ended Jan. 1.

The CRA says it expects the records it receives from banks, mutual funds, credit unions and other institutions for the 2020 tax year to include that information. Those records will be sent to the IRS in September 2021.

CRA has authority to fine

If the social security or taxpayer identification number is missing or invalid, the IRS would flag it to the CRA and the CRA would notify the financial institution, which would have 120 days to get the information. The CRA has the authority to levy fines for non-compliance, although it can also exercise discretion. Officials said that there would be an 18-month delay before the CRA issued a notice of non-compliance to a financial institution.

CRA officials held a meeting Jan. 29 with more than 200 representatives of financial institutions to discuss a proposed guidance document on how they should proceed. Some industry insiders said they expect that guidance, which should be out by the end of March, to say financial institutions can close accounts if they can't get the information after making reasonable efforts.

No one seems to know how many Canadian residents' tax files are missing the relevant information. The CRA says it doesn't know how many files it has transmitted to the IRS without the identifying information and that its compliance efforts are in the early stages.

The CRA and financial institutions are not obliged to inform account holders before their records are shared with the IRS. That means many Canadian account holders may not know that information about their banking or investment accounts is already in the hands of the IRS.

Mathieu Labreche, spokesman for the Canadian Bankers Association, said the association is waiting for more information from the CRA before commenting. He said the banks send the CRA only what Canadian law requires.

Alexandra Jacobs of the Canadian Credit Union Association said the association is working with stakeholders to ensure that credit unions meet their compliance obligations.

Grace Pereira is senior counsel with the BLG law firm in Toronto, specializing in advising investment funds. She said the stakes are higher in Canada than in many other countries.

"We did have the largest number of accounts with missing TINs," she said. "I think we're in this lull where we don't know what is going to happen to those particular account holders.

"I have a lot of empathy for the financial institutions because, at the end of the day, how can they force somebody to get a Taxpayer Identification Number? Which is essentially sticking up your hand and saying, 'Yeah, I've not been complying for all these years.'" 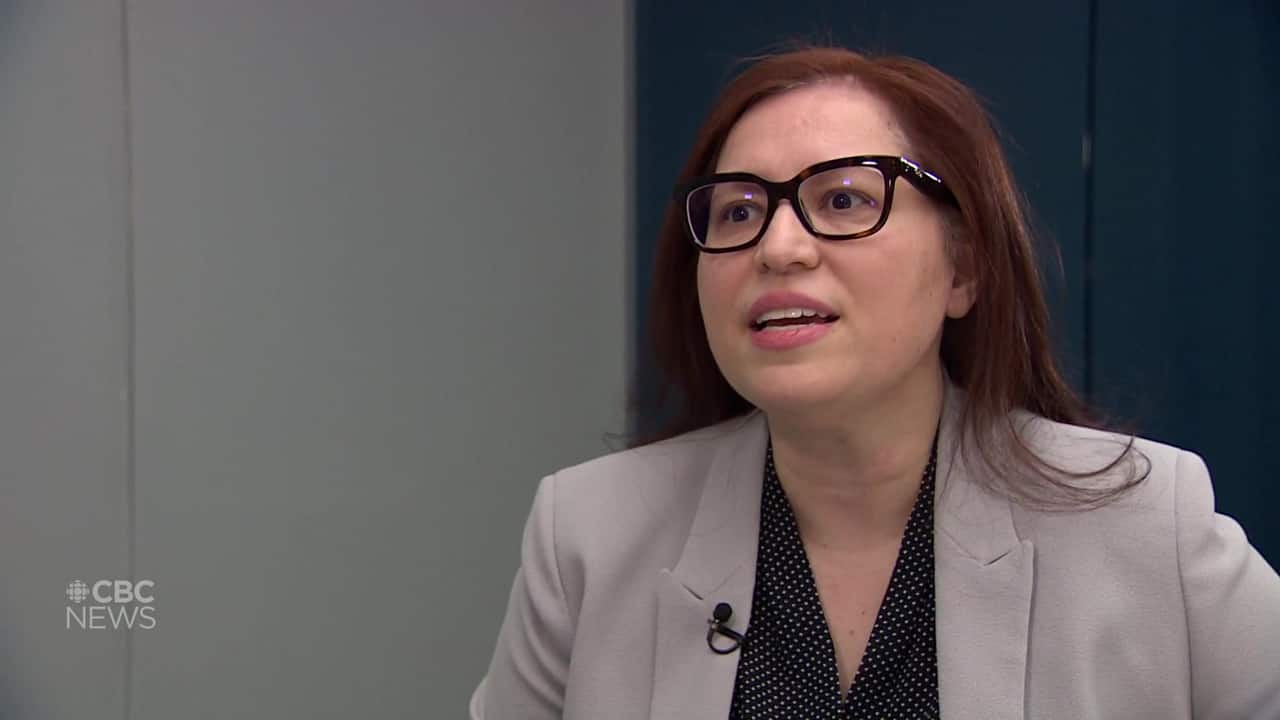 'It may prevent certain people from accessing financial services'

11 months agoVideo
0:39
Grace Pereira, senior counsel with the BLG law firm in Toronto said the stakes are higher in Canada than in many other countries. 0:39

Kevyn Nightingale, a partner with the accounting firm MNP, said his contacts in financial institutions have told him that they're already implementing the new rules. He said he expects banks to start refusing to open accounts for those who may be subject to U.S. income tax but who can't provide a taxpayer identification number.

"The big guys, to my understanding, have not turned people away yet, but I wouldn't be surprised if that's ultimately where they go because it's just easier to do that than deal with the hassle of a recalcitrant U.S. taxpayer," he said.

He said some institutions could accept a client while remitting money to the IRS on the account holder's behalf, said Nightingale.

While income taxes paid in Canada usually wipe out the taxes due in the U.S., Nightingale said the two systems have different provisions and individuals sometimes still end up owing U.S. tax.

"The choice is now down to either lying about your U.S. status to the financial institutions that you deal with or telling the truth," he said. "If you tell the truth and don't provide a social security number, you're either going to have withholding or they simply won't accept you. If you provide a social security number, then eventually you're going to get letters from the IRS that will become gradually more and more insistent.

"And if you continue to ignore those, then it may no longer be feasible to enter the United States."

Nightingale said the IRS has a program for those who didn't realize they were supposed to file U.S. income tax returns. Under the program, a taxpayer can come back into compliance by filing three years worth of tax returns and six years of Foreign Bank and Financial Accounts reports.