Canada's plan to resettle 25,000 Syrian refugees was the focus of a U.S. Senate committee today, where American lawmakers wanted reassurances that their ally and neighbour to the north isn't taking any "shortcuts."

Canada's plan to resettle 25,000 Syrian refugees was the focus of a U.S. Senate committee today in Washington, where lawmakers wanted reassurances America's ally and neighbour to the north isn't taking any "shortcuts."

Senator Ron Johnson, a Republican representative from Wisconsin who is chair of the committee, and Senator Thomas Carper, a Democrat from Delaware who is a committee ranking member, heard from four witnesses — one U.S. border patrol guard and three Canadians.

"Will there be shortcuts taken? Is that something that really ought to concern Americans here, as Canada is really ramping up — ... with all wonderful intentions, being very compassionate — admitting a much higher level of refugees than they are normally taking in and at a much faster pace," said Johnson as the hearing got underway.

The hearing comes not long after Republican presidential candidate Donald Trump called for a ban on all Muslims entering the U.S. and some American lawmakers voted to ban Syrian refugees from entering their states. 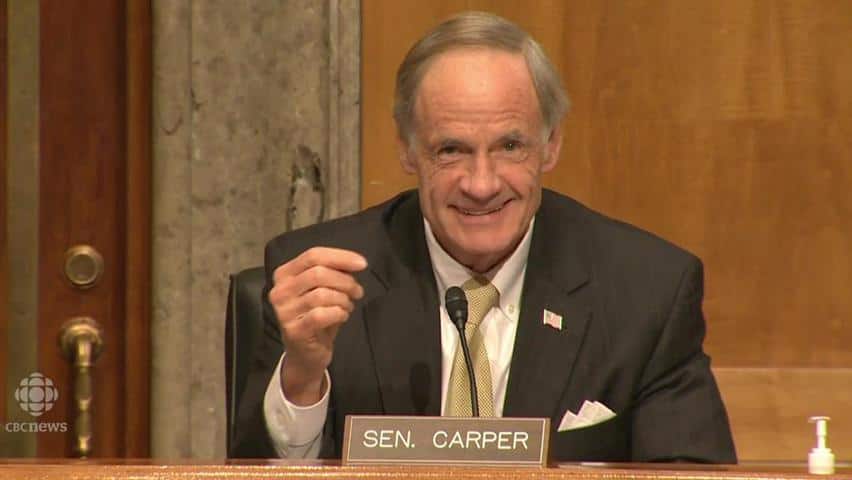 Dean Mandel, a U.S. border patrol guard who works along the Buffalo-Ontario crossing, told the powerful homeland security committee he was much more concerned with Canada's overall immigration policies than the Canadian government's plan to resettle Syrian refugees.

"I know that there is significant controversy regarding Canada's recent decision to admit 25,000 Syrian refugees. In my opinion, it's very difficult to gauge the risk by these refugees and much of the risk will depend on the screening process utilized by Canadians."

"Candidly, of greater concern to me — from a border security perspective — are the over five million foreign visitors entering Canada annually," he said. "Canada is a diverse nation and has a per capita Muslim population three times our own. As a result, they have major inflows from tourists and business travellers and throughout the Middle East."

Canada is not the weak link in the fight against terrorism, rather it is part of a shared security perimeter with the United States- Laura Dawson, Woodrow Wilson International Center for Scholars

"As someone stationed on the northern border, I want to be clear what happens in Canada matters to the United States. Whether it be Canadian policies for refugees or immigration, their decisions impact U.S. security given the size and nature of our shared border."

He said that his union believes the current staffing level of 2,100 agents should be boosted "by another 1,500 on our northern border."

"This additional manpower will help to decrease our almost complete reliance on Canadian law enforcement intelligence agencies for our security."

Laura Dawson, an expert in Canada-U.S relations and a former senior advisor at the U.S. embassy in Ottawa, countered some of the anti-Canadian rhetoric heard in Washington circles after the 9/11 attacks.

"Canada is not the weak link in the fight against terrorism, rather it is part of a shared security perimeter with the United States," Dawson said on Wednesday.

The U.S. Senate committee also heard from two Canadian lawyers who expressed their own concerns with Canada's plan to resettle 25,000 Syrian refugees.

Guidy Mamann, an immigration lawyer from Toronto, told the U.S. Senate committee there are "unavoidable costs and risks associated" with bringing in such a large number of refugees in such a short period of time.

"Our government believes that those risks are manageable. I know that we have experienced and dedicated men and women in our security agencies who are working feverishly to meet our governments' time lines. Whether or not our efforts will work out well in the end, only time will tell," said Mamann.

David B. Harris, a lawyer based in Ottawa and an expert on national security, said he had concerns about Canada's ability to screen 25,000 refugees in four months.

Harris said the federal government should make public a number of security screening details such as the amount of time spent screening each refugee and the acceptance and rejection rate of refugees applying for resettlement to Canada.

"There is little doubt that those in Canada tasked with the job of screening refugees are doing the best they can given the constraints, but the constraints are significant and we must be realistic about that fact," said Harris, the director of the International Intelligence program at INSIGNIS Strategic Research in Ottawa. 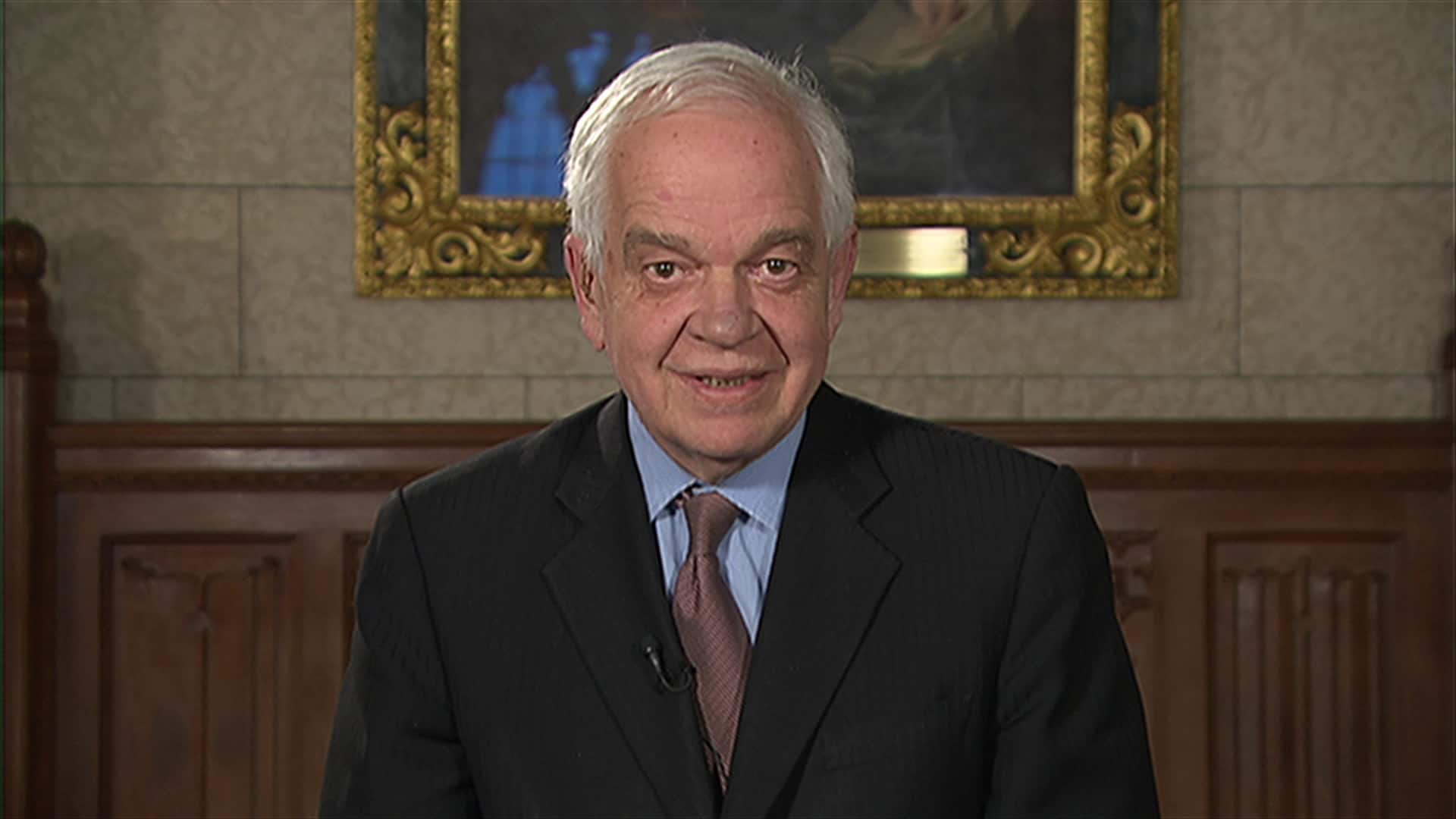 Some 15,685 Syrian refugees, a mix of government-assisted and privately sponsored refugees, have arrived in Canada since Nov. 4, as the Canadian government looks to resettle a total of 25,000 by March 1.

Immigration Minister John McCallum has said Canada could resettle a total of 50,000 refugees by the end of 2016.

In an interview with CBC News Network's Power & Politics on Wednesday, McCallum said he did not hear any "major" concerns emerge from the testimony that was heard in Washington today.

"I am confident that we have a proper security approach, it's confirmed by heads of RCMP, CSIS and CBSA. We have explained it in detail to our U.S. counterparts and they have not expressed any concerns."

"So perhaps this is a little bit of political theatre in Washington," McCallum said.

Providing safe haven for a few of the millions of people victimized by ISIS and the Syrian war will not hurt that cause. I actually believe it helps us.- Democratic U.S. Senator Thomas Carper

McCallum will be in Washington later this month for a Five Eyes meeting with ministers from the U.S., U.K., New Zealand and Australia.

He will be accompanied by Public Safety Minister Ralph Goodale and Justice Minister Jody Wilson-Raybould. A spokesperson for Goodale's office told CBC News "these meetings happen on a regular basis and cover various topics of mutual concern."

Gary Doer, Canada's ambassador to the U.S., sent a letter to the U.S. committee last month, outlining the security measures taken by the government in its effort to resettle 25,000 refugees.

"Rest assured that no corners, including security screening, are being cut in order to achieve the government's objectives. Rather, the government has devoted significant resources to this effort," Doer wrote in a letter dated Jan. 20 that was read into the record by Carper today.

"Vilifying refugees coming to the United States or Canada only serves as a distraction from the real challenges of defeating ISIS on the battlefield and combating homegrown, violent extremism here on our shores," Carper said during the hearing on Wednesday.

"Providing safe haven for a few of the millions of people victimized by ISIS and the Syrian war will not hurt that cause. I actually believe it helps us," said the Democrat Senator from Delaware.

David MacNaughton has been named Canada's new ambassador to the U.S. He will be replacing Doer, whose term has come to an end.