Canada is expelling four Russian diplomats over the nerve agent attack in Salisbury, U.K. In a statement today, Foreign Affairs Minister Chrystia Freeland called the attack on a close ally and partner of Canada "a despicable, heinous and reckless act" that may have endangered the lives of hundreds.

Canada is expelling four Russian diplomats over the poisoning of an ex-spy in Salisbury, U.K., prompting harsh condemnation and the threat of retaliation from Russia.

Canada's action will cover seven Russian personnel in all, including four members of Russia's diplomatic staff posted at the Embassy of the Russian Federation in Ottawa or the consulate in Montreal. 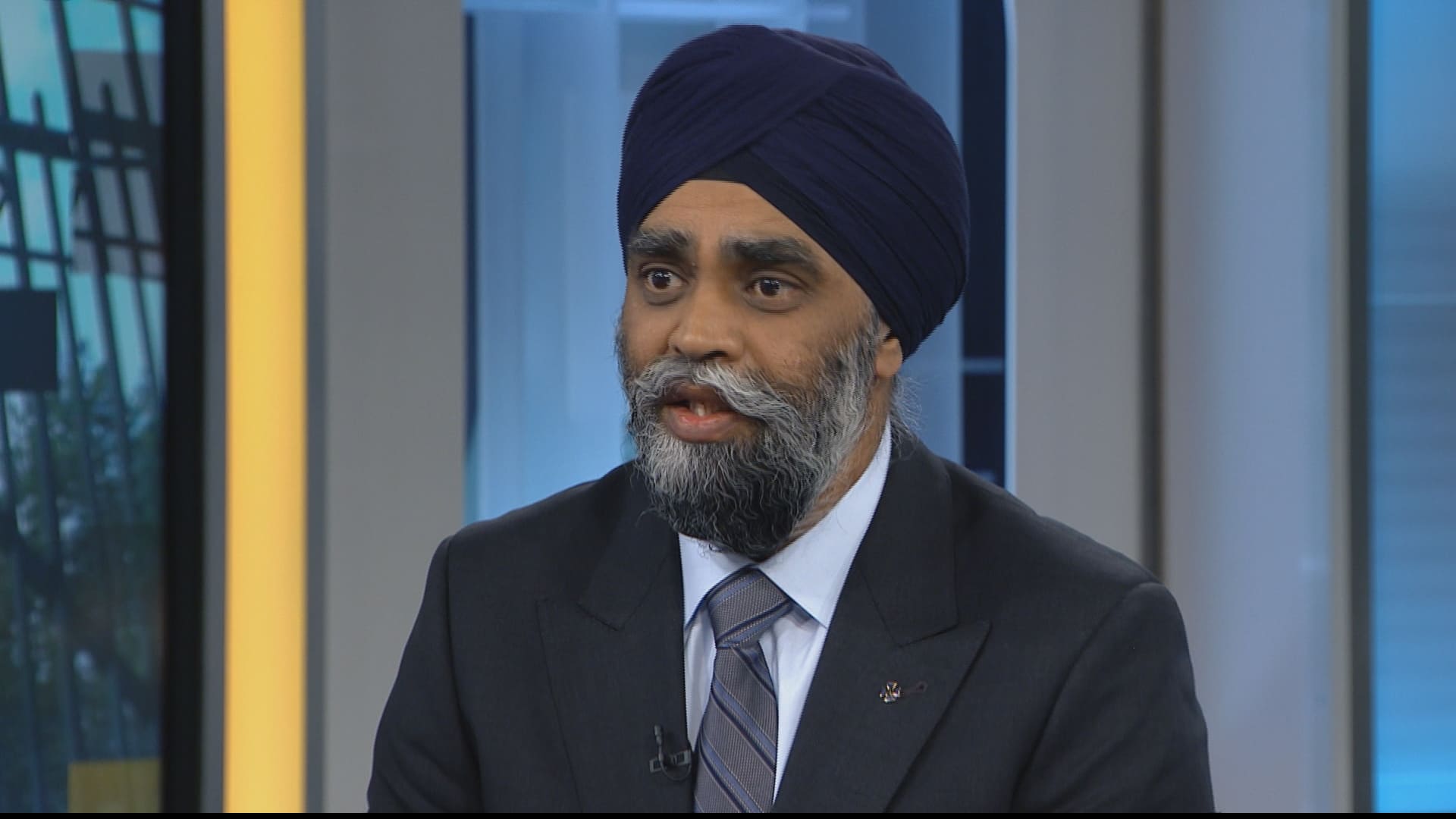 3 years ago
7:49
'For national security reasons I can't get into that,' says Defence Minister Harjit Sajjan. 7:49

"The four have been identified as intelligence officers or individuals who have used their diplomatic status to undermine Canada's security or interfere in our democracy," Foreign Affairs Minister Chrystia Freeland said in a statement.

As well, three applications by the Russian government for additional diplomatic staff in Canada will now be denied.

Freeland called the March 4 nerve agent attack on a close ally and partner of Canada "a despicable, heinous and reckless act" that potentially endangered the lives of hundreds.

"We are taking these measures in solidarity with the United Kingdom," Freeland said in the release. "These measures are not aimed at the Russian people, with whom Canadians have long and fruitful ties. Canada remains committed to dialogue and co-operation with Russia on issues where we face common challenges.

"The nerve agent attack represents a clear threat to the rules-based international order and to the rules that were established by the international community to ensure chemical weapons would never again destroy human lives."

"By taking for granted the totally baseless British accusations, in stark violation of due process ahead of ongoing investigation, if any, of the Skripal case, Canada obediently follows the US/UK designed dangerous confrontational policy," it reads.

"This unfriendly move under false and biased pretext delivers yet another serious blow to Russian-Canadian relations and will be met with resolve and reciprocity." 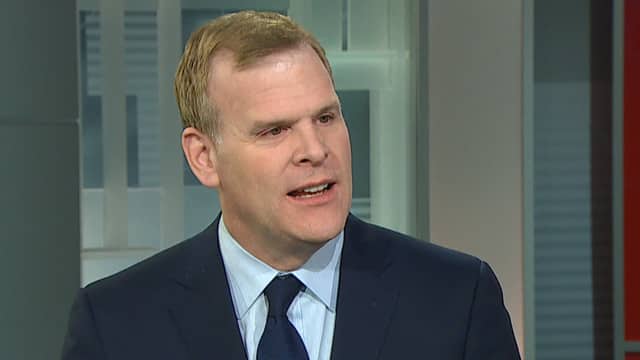 Canada's move comes as the U.S. and several EU nations take diplomatic action. The U.S. administration said Monday it is expelling 60 Russian diplomats, and ordering the closure of Russia's consulate in Seattle, to send a message to Russia's leaders about the "unacceptably high" number of Russian intelligence operatives in the U.S and to respond to the attack that left Sergei Skripal and his daughter in critical condition in Britain.

Prime Minister Justin Trudeau and U.S. President Donald Trump spoke on the phone Monday about "measures taken by Canada and the United States to support our common ally against Russia in response to the egregious nerve agent attack in Salisbury," the Canadian government said in a statement.

British Prime Minister Theresa May has said her government has concluded that it is "highly likely" that Russia is responsible for the attack on Skripal, a former Russian spy, and his daughter in Salisbury.

Freeland cited a "wider pattern of unacceptable behaviour" by Russia that also includes complicity with the Assad‎ regime in Syria, the annexation of Crimea, Russian-led fighting in eastern Ukraine, support for civil strife in Ukraine, Georgia, Moldova and other neighbouring countries, interference in elections and disinformation campaigns.

"Canada fervently supports the measures that the United Kingdom has taken so far and remains resolutely committed to acting in concert with its allies," she said in the release.

The Russian diplomats will have 10 days to leave the country.

Aurel Braun, a professor of international relations at the University of Toronto's Munk School of Global Affairs, said if Russia retaliates by expelling a roughly equal number of western diplomats, Canada's action will have accomplished little.

He said stronger economic sanctions against Russia and Russian individuals — or measures to depress global energy prices to target Russia's "unidimensional" economy — might be needed to put pressure on President Vladimir Putin directly.

"We don't have clean, neat options, and the reality is that sanctions that would be painful for the Russian people, and in turn on Mr. Putin, would be a much better option than violence and war," he said.

Piotr Dutkiewicz, a professor and Russian foreign relations expert at Carleton University, said that by acting in solidarity with its allies, Canada may be risking significant blowback in the Canada-Russia relationship, especially in matters touching on the Arctic.

He said the expulsions set in motion a process of worsening relations with Russia in a political atmosphere that is "hysterical" about Moscow's recent aggression.

"It's escalated to the point we haven't seen since the 1950s. We reached a new bottom with expulsions and new sanctions against Russia," he said.

"I was of the opinion that we had already reached the bottom some time ago, but the new bottom is emerging and it's very hard to say where it will stop." 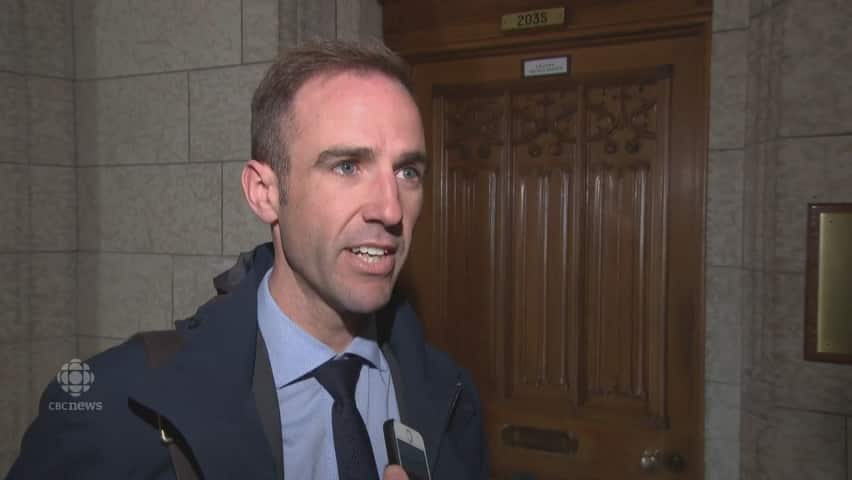