Canadian officials are once again disputing U.S. President Donald Trump's view that his country runs a trade deficit with its neighbour to the north.

Canadian officials are once again disputing U.S. President Donald Trump's claim that his country runs a trade deficit with its neighbour to the north.

Trump boasted in a fundraising speech in Missouri on Wednesday that he made up figures regarding the supposed trade deficit in a meeting with Prime Minister Justin Trudeau, according to a recording of the comments obtained by the Washington Post.

Trump says on the recording that after Trudeau told him the U.S. does not have a trade deficit with Canada, he replied, "Wrong, Justin, you do" — then adds, "I didn't even know ... I had no idea."

The president said he then sent a staff member to double-check the claim.

"Well, sir, you're actually right," Trump says in the recording. "We have no deficit but that doesn't include energy and timber and when you do, we lose $17 billion a year. It's incredible."

Trump doubled down on the trade deficit claim on Twitter Thursday morning.

"We do have a trade deficit with Canada, as we do with almost all countries," he said. "They do. They almost all do and that's how I know!"

"Canada and the United States have a balanced and mutually beneficial trading relationship. According to their own statistics, the U.S. runs a trade surplus with Canada," spokesperson Adam Austen said. 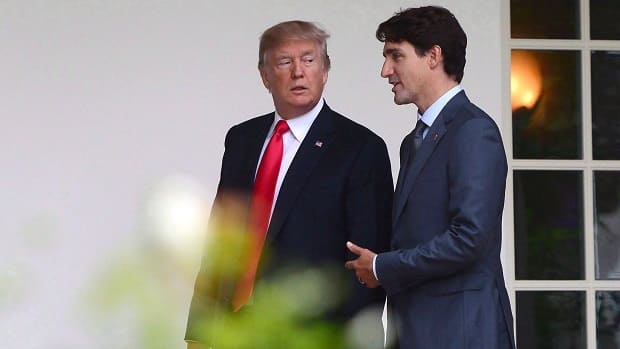 Donald Trump admits he made up facts

The Office of the U.S. Trade Representative confirms that "the U.S. goods and services trade surplus with Canada was $12.5 billion in 2016," Austen said.

The 2018 White House Economic Report of the President also says the U.S. ran a trade surplus of $2.6 billion with Canada on a balance-of-payments basis.

But there are different ways to calculate these numbers.

In fact, Canada's own formula sides with Trump, as it excludes the country of origin in a three-party transaction: a Chinese laptop shipped through Canada into the U.S. would count in the Canadian formula as a Canadian export.

Transport Minister Marc Garneau, chair of the cabinet committee on Canada-U.S. relations, offered a similar line of defence on Thursday.

"At this point it's very important to point out that there is over $2 billion a day of trade between our two countries and overall annually the United States has a small surplus with Canada," he told reporters in Montreal.

"So we can talk about balanced trade between the two countries, huge amounts of trade, and this is something we want to continue to improve as we negotiate the NAFTA agreement." 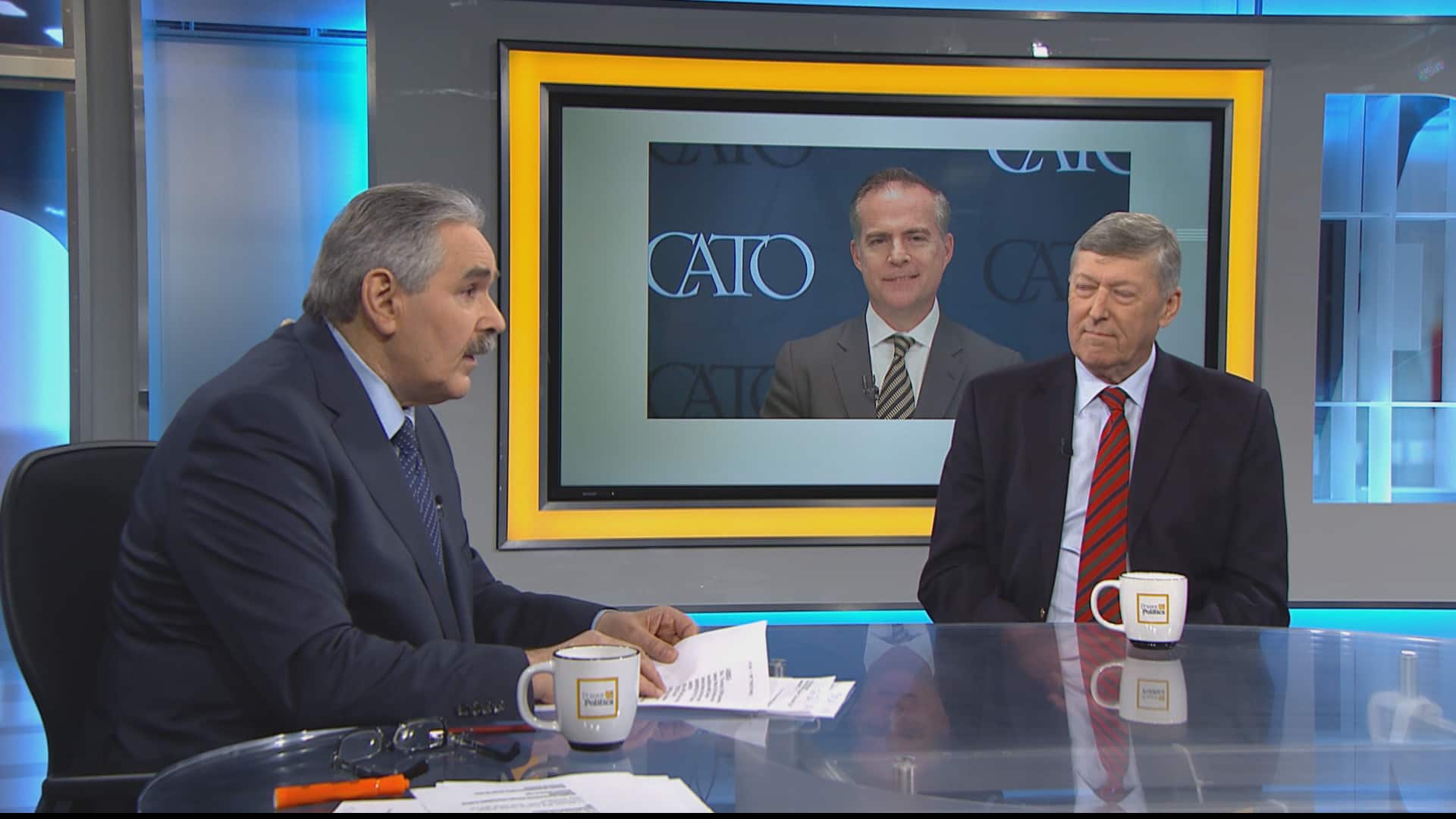 'It would be quite funny if it wasn't so serious'

3 years agoVideo
9:19
Daniel Ikenson, Director of the Cato Institute's Herbert A. Stiefel Centre for Trade Policy Studies, and John Weekes, former chief NAFTA negotiator, discuss Trump's admission that he made up figures in a meeting with Justin Trudeau regarding the supposed trade deficit between Canada and the U.S.. 9:19

U.S. Trade Representative Robert Lighthizer has been including goods that pass through Canada but don't originate here as Canadian exports in his export calculations, artificially inflating the U.S.'s trade deficit in goods with Canada, sources told CBC back in February.

For example, a Chinese washing machine that passes through the port of Vancouver on its way to the U.S. is being counted as part of both the U.S. trade deficit with China and the U.S. goods deficit with Canada. 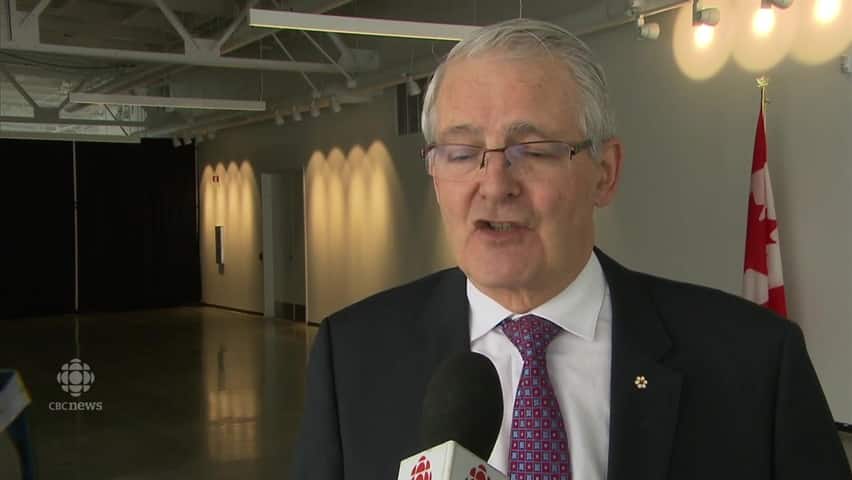 Garneau on Trump and trade