Canada resettled more refugees than any other country in 2018, UN says

Canada admitted the largest number of refugees who were resettled last year and had the second highest rate of refugees who gained citizenship, according to the United Nations Refugee Agency's global report.

Canada admitted the largest number of refugees who were resettled last year and had the second highest rate of refugees who gained citizenship, according to the United Nations Refugee Agency's global report.

The data also show Canada gave citizenship to the second largest number of people who had arrived as refugees — a figure that helps to measure how well countries are integrating refugees. A total of 18,000 refugees became Canadian citizens last year, a substantial increase over 2017, when just over 10,000 refugees were naturalized. The number had been declining over time.

Michael Casasola, UNHCR Canada's senior resettlement officer, said Canada has been a leader on welcoming refugees and giving them opportunities to thrive.

He pointed to Canada's private sponsorship program, which accounts for two-thirds of Canada's resettled refugees. By offering community-based supports that come directly from citizens and charitable organizations, refugees who arrive through this program achieve better outcomes and become better integrated into their communities than government-sponsored refugees.

"Canada's approach to integration works. It encourages integration, it welcomes refugees to become part of Canadian society, including obtaining citizenship, and among all the immigrants who come to Canada, refugees have the highest [citizenship] uptake," Casasola said.

Still, an influx of "irregular" asylum seekers crossing into Canada using a forest path between New York state and Quebec has become a divisive political issue, with conservative politicians often referring to these individuals as "queue-jumpers" and "illegal" migrants.

The UNHCR report shows Canada was the ninth largest recipient of new asylum seekers in 2018, with 55,400 claims filed. Over 19,000 of those were from people intercepted by the RCMP for crossing "irregularly" into Canada.

Only a fraction of global refugee issue

While these numbers represent an overall increase in the number of asylum seekers to Canada — a situation that has led to major backlogs in processing claims and problems finding housing for asylum seekers in Montreal and Toronto — the UNHCR figures show Canada's experiences are nothing compared to the waves of refugees flocking to other countries. There they await processing and possible resettlement elsewhere.

"Only 16 per cent of the world's refugees are in developed states," Casasola said.

"The reality is the vast majority of refugees are in front-line countries. So we always have to be careful in certain discourse globally in terms of trying to present that somehow we're inundated when other countries bear much larger responsibilities that they take on when refugees cross their border."

Turkey hosted the largest number of refugees worldwide, with 3.7 million people in 2018, while Pakistan hosted 1.4 million and Uganda 1.2 million.

Overall, the number of people fleeing war, persecution and conflict worldwide ballooned to over 70 million — the highest level since the Second World War and an increase of more than two million from a year earlier — an overall total that would amount to the world's 20th most populous country.

The National examines the growing number of refugees worldwide: 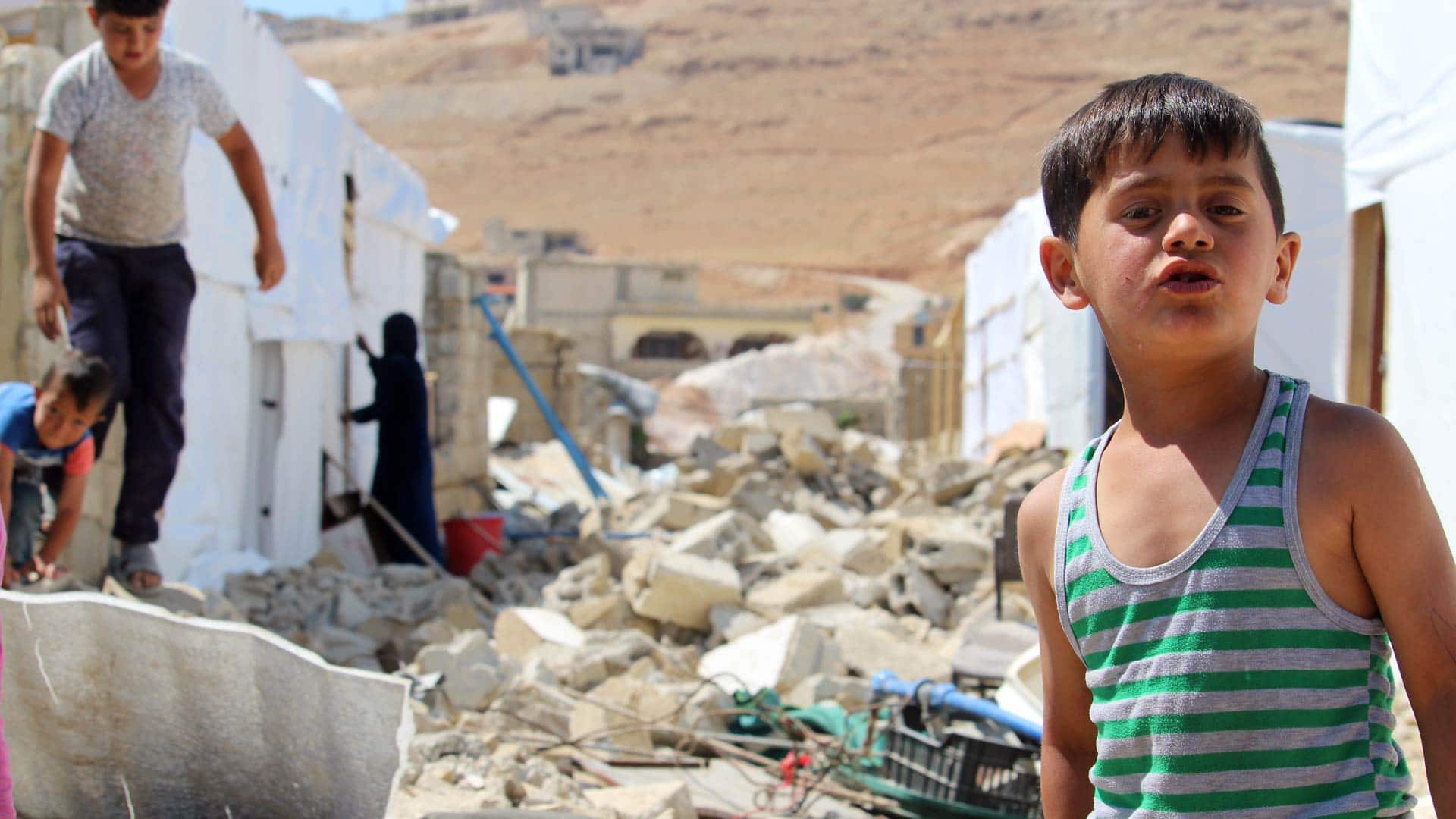 2 years agoVideo
4:51
The planet is on the move in ways we have never seen before. The number of refugees has hit a new record. And in places like Lebanon, where more than 1 million Syrians have fled, their welcome could be running out. 4:51

The figures are bound to add fuel to a debate at the intersection of international law, human rights and domestic politics, especially the movement in some countries, including the United States, against immigrants and refugees.

Launching the report, UNHCR High Commissioner Filippo Grandi had a message for U.S. President Donald Trump and other world leaders, saying it's "damaging" to depict migrants and refugees as threats to jobs and security in host countries. Often, they are fleeing insecurity and danger themselves, Grandi said.

The report also puts a statistical skeleton onto often-poignant individual stories of people struggling to survive by crossing rivers, deserts, seas, fences and other barriers, natural and man-made, to escape government oppression, gang killings, sexual abuse, militia murders and other such violence at home.

Amid runaway inflation and political turmoil at home, Venezuelans for the first time accounted for the largest number of new asylum seekers in 2018, totalling more than 340,000 — or more than one in five worldwide last year. Asylum seekers receive international protection as they await acceptance or rejection of their requests for refugee status.

UNHCR said that its figures are "conservative" and that Venezuela masks a potentially longer-term trend.

Some four million people are known to have left the South American country in recent years. Many of those have travelled freely to Peru, Colombia and Brazil, but only about one-eighth have sought formal international protection, and the outflow continues, suggesting the strains on the welcoming countries could worsen.

Grandi predicted a continued "exodus" from Venezuela and appealed for donors to provide more development assistance to the region.

"Otherwise these countries will not bear the pressure anymore and then they have to resort to measures that will damage refugees. We are in a very dangerous situation."