More than 288,000 privately sponsored refugees have been resettled since the late 1970s

Speaking at a news conference to officially launch the Global Refugee Sponsorship Initiative, which will train and advise other countries on how to establish programs that allow private individuals and groups to finance, facilitate and support refugees coming to the country, McCallum urged other countries to do more.

"I think one aspect of this crisis today is that there are not enough countries receiving enough refugees to solve the problem, to put it mildly," he said. "So I do believe this initiative, which is essentially to export to interested countries in the rest of the world our privately sponsored refugees [program], could make a significant impact on the refugee crisis."

Participants from Argentina, Australia, Brazil, Chile, Germany, New Zealand, the U.K. and the U.S. are in Ottawa for a three-day session on how Canada's program could be replicated in their own countries. About 90 international delegates are attending.

Canada is dedicating six staff to spearhead the initiative to get the greatest "buy in" from other countries.

McCallum said the world is seeing the worst refugee crisis in decades, and a growing number of countries are keen to embrace Canada's project as a way to help. Engaging citizens will boost public support for newcomers, and help refugees integrate with greater ease and success. 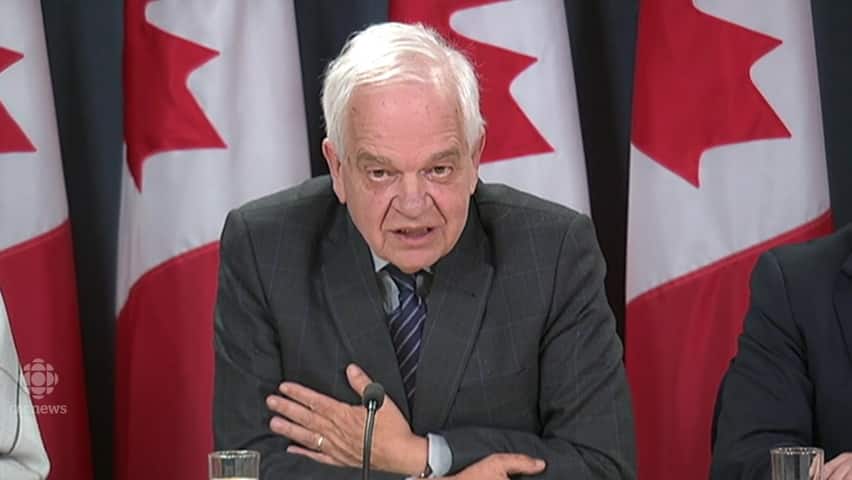 4 years ago
0:46
John McCallum, Minister of Immigration, Refugees and Citizenship says that sharing our knowledge of private refugee sponsorship could help ease refugee crises around the world. 0:46

According to the department of Immigration, Refugees and Citizenship Canada, the private refugee sponsorship program has helped resettle more than 288,000 refugees since the late 1970s.

More than 13,000 Syrian refugees have been resettled in Canada through private sponsorship since November 2015.

In March, Canada's government-assisted and private sponsorship of refugees was hailed as a model for the world by Filippo Grandi, the head of the United Nations Refugee Agency.

Johannes Van Der Klaauw, the agency's representative in Canada, said today there are now 1.2 million refugees who are in life-threatening situations. He urged other countries to follow Canada's lead to encourage private sponsors to complement government-assisted programs.

While there are many obstacles, including many governments around the world, he said there is a groundswell of grassroots support from citizens.

"If you look at what's happening on the ground, amongst citizens....we think and we have seen, a tremendous desire to help," he said. McCallum careful not to put refugees ahead of Canadians

4 years ago
1:11
John McCallum, Minister of Immigration, Refugees and Citizenship says he is very careful not to put refugees at the front of the line for things like social housing. 1:11

McCallum said while Canada is a very welcoming country compared to others, it is not universally so. He said to stem potential resentment, the government is always careful to ensure refugees are not seen to be treated better than other Canadians when it comes to social housing, health or other benefits.

"We have to ensure that the way we behave is fair. Fair to refugees, but also to Canadians," he said.

The Global Refugee Sponsorship Initiative is led by the federal government, the United Nations High Commissioner for Refugees, the University of Ottawa, the Radcliffe Foundation and the Open Society Foundations.