France's Ambassador to Canada Nicolas Chapuis says Defence Minister Harjit Sajjan promised him that Canada's contribution to the U.S.-led mission against ISIS will be 'robust and helpful,' as the Liberal government looks to retool its strategy in Iraq and Syria. 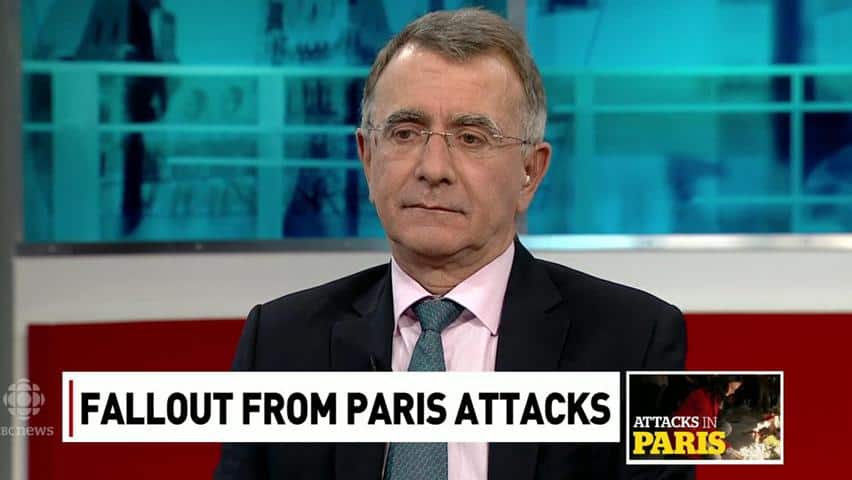 Canada's contribution to the U.S.-led coalition against ISIS will continue to be "robust" and "helpful," says France's ambassador to Canada about the reassurances given to him as the Liberal government looks to retool its strategy in Iraq and Syria.

France's ambassador to Canada, Nicolas Chapuis, said he's been assured that Canada will remain an ally in the fight against ISIS.

Chapuis said Sajjan assured him that Canada would remain a part of the coalition against ISIS, even as the Liberal government looks to move ahead with its campaign promise to wind down the country's participation in airstrikes.

"He totally reassured me on the intent of the government of Canada that the contribution will be robust and will be helpful," Chapuis told host Rosemary Barton on Tuesday.

"We understand the cabinet's intent," said Chapuis "and we'll see when the decisions are taken, we'll see if it needs further consultation."

"It is in standing united that we will be victorious against this cancer," said the French ambassador in the wake of the attacks in Paris.

"We are making certain that the department and all of the affiliated agencies are doing everything possible to make sure Canadians are safe and, obviously, collaborating as well with our international partners to make sure that this is an effective global effort."

"When something like this happens in an allied country," Goodale said, "they redouble their efforts." 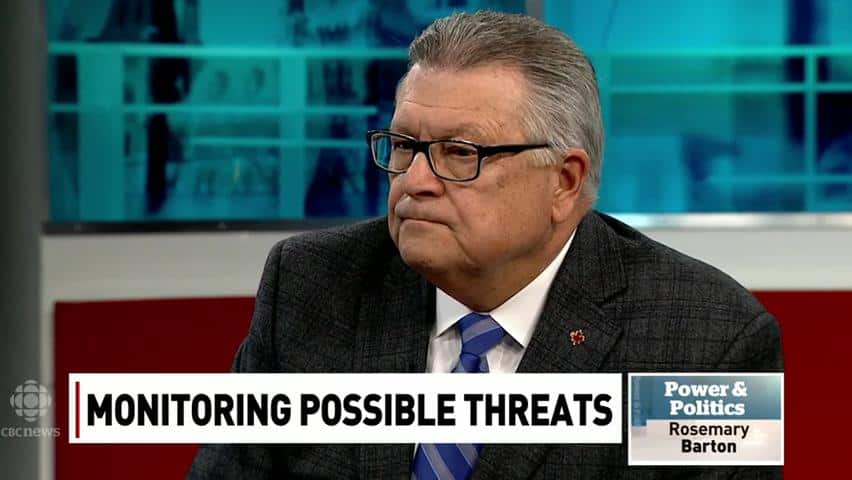 Goodale told Barton the country's main security agencies were monitoring the situation closely and so far had found no reason to raise Canada's terror threat level.

"They have not identified any event, activity or new development that would change the risk assessment or the threat assessment but we stay alert."

The Liberals have promised to repeal certain sections of Bill C-51, a controversial anti-terror bill passed into law by the previous government.

"This is a very troubling situation," he said, "and we want to be absolutely certain that we're doing everything that we can possibly do to keep Canadians safe and to do so in a way that respects Canadian values and the kind of country that we are."

Canada's contribution to the allied mission will be front and centre when Trudeau meets with U.S. President Barack Obama on Thursday.