Prime Minister Justin Trudeau says his government didn't break a promise when it said it would not restore door-to-door mail delivery to households who had been converted to community mailboxes under the Harper government.

Liberals have halted postal plan set by Conservatives, but will not restore home delivery to those who lost it

Prime Minister Justin Trudeau says his government didn't break a promise when it said it would not restore door-to-door mail delivery to households that had been converted to community mailboxes under the Harper government.

Last week, the Trudeau government announced it would be scrapping the previous government's program to replace door-to-door mail delivery with community mailboxes as part of a broader plan to renew Canada Post.

However, the Liberals clarified that Canadians who have already been moved to community mailboxes wouldn't be getting their home delivery service back.

Two years earlier, in December 2015, then public services minister Judy Foote told the House of Commons that addresses converted to the community boxes would have door-to-door delivery service restored.

That was not the message relayed Jan. 24 by new Public Services Minister Carla Qualtrough, who has taken over from Foote.

Her statement seemed contrary to Trudeau's promise in September 2015, when he said he would "work to restore mail service to Canadians who expect it to be a proper service from their government and not a profit-making enterprise."

Trudeau made the promise as he stood with Montreal Mayor Denis Coderre, who just weeks earlier in a highly publicized stunt had taken a jackhammer to a concrete slab meant to hold one of the new community mailboxes. 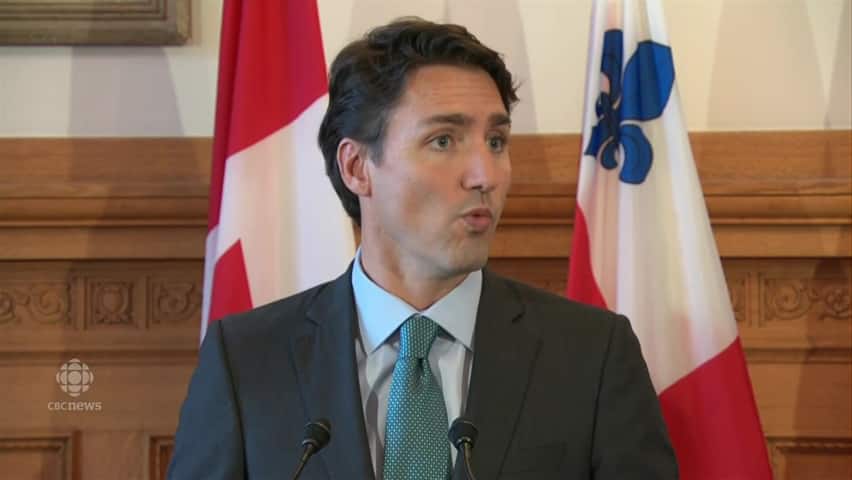 Now, however, Trudeau maintains his government's follow through doesn't count it as a broken promise.

The conversions started by the Conservatives were suspended shortly after the Liberals took office, and he said this newest announcement to officially abandon the conversion fulfills the government's obligation.

"We have always said that we were going to respect Canada Post as an important service that Canadians rely on, that is going to require changes, but in the changes that we made, we would work with Canadians and we would not eliminate home mail delivery," he said. 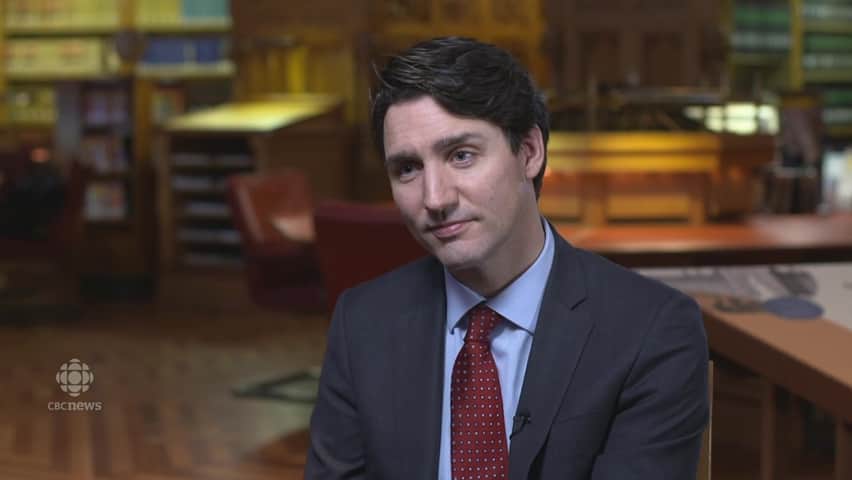 3 years agoVideo
0:53
A recent announcement saw that home delivery wouldn't be restored to residences that lost it. Many people called it a broken promise, but the prime minister disagrees. 0:53

The revamp of Canada Post is designed to stop cost-saving measures adopted under the previous government, which saw about 840,000 households' door-to-door service halted since 2014. The Conservatives' plan was to convert almost five million addresses.

"We will stop Stephen Harper's plan to end door-to-door mail delivery in Canada and undertake a new review of Canada Post to make sure that it provides high-quality service at a reasonable price to Canadians, no matter where they live," the Liberal platform from 2015 reads.

Trudeau said that campaign commitment has been fulfilled, as no new houses will be converted to community mailboxes.

But Tony Clement, the Conservative public services critic, isn't convinced the Liberals are on the level when it comes to their Canada Post promises.

"They can spin it any which way they want and I'm sure they will, but once again the realities of the situation are very different from these wild-eyed promises that they made during the election," he said during a news conference shortly after Qualtrough's announcement.

Listen to the full interview with Prime Minister Justin Trudeau on The House this Saturday at 9 a.m. (9:30 a.m. in Newfoundland) on CBC Radio One and SiriusXM 169.