With the Liberal government weighing a deployment of peacekeepers to Africa, the new commander of the Canadian Army insisted he has enough troops to handle a burgeoning number of missions. Lt.-Gen. Paul Wynnyk says the army has "sufficient strength" to undertake missions being contemplated.

The statement by Lt.-Gen. Paul Wynnyk — who officially took over as commander of the Canadian Army on Thursday — will be put to the test very soon, as the country's most senior military commander said a new deployment to Africa was imminent.

In a conference call Wednesday, Defence Minister Harjit Sajjan publicly confirmed the Liberal government is considering participation in a number of United Nations peacekeeping missions. But just where and when a new deployment will occur is still being decided, he said.

Gen. Jonathan Vance told dignitaries at the rain-soaked change of command ceremony on Parliament Hill that coming "very soon" there will be a capacity-building mission in Africa.

I don't agree that we don't have troops to undertake the missions we're looking at right now- Lt.-Gen. Paul Wynnyk , new commander of the Canadian Army

The burgeoning number of deployments, either ongoing or planned, is not a problem, says Wynnyk, who until recently was head of military intelligence.

"If and when the government decides they would like us to deploy somewhere, the Canadian Army stands ready to deploy troops to that particular theatre."

At the moment, the military has an assigned strength of 68,000 full-time members and 27,000 part-timers or reservists.

But a defence department report tabled in the House of Commons last January shows there's a shortage of nearly 1,900 regular force members across the entire Armed Forces and that the military is having problems with recruiting and retention.

The reserves are in even worse shape, with a gap of 5,300 soldiers, many of them in the army.

The figures were current as of March 2015 and the report says the reserves face higher than expected attrition and have "challenges in meeting recruiting quotas."

The auditor general went into more detail a couple of months ago in a report that criticized the readiness of the part-time force.

Aside from being under-strength, Michael Ferguson's audit revealed that for various reasons only 13,944 reservists are considered active and ready for service.

The sweeping review also looked at training and found many reservists don't receive certain basic weapons qualifications, such as the use of pistols or grenade launchers.

The auditor also said reservists have been woefully unprepared for some duties in combat zones, such as convoy escort, and ill-equipped for missions at home like responding to forest fires and floods.

The army will have to rely on the reserves, as it did in Afghanistan, to fill out the ranks of task forces headed overseas, including the newly announced deterrence mission that will place a Canadian-led battalion in Latvia, right on the border with Russia. 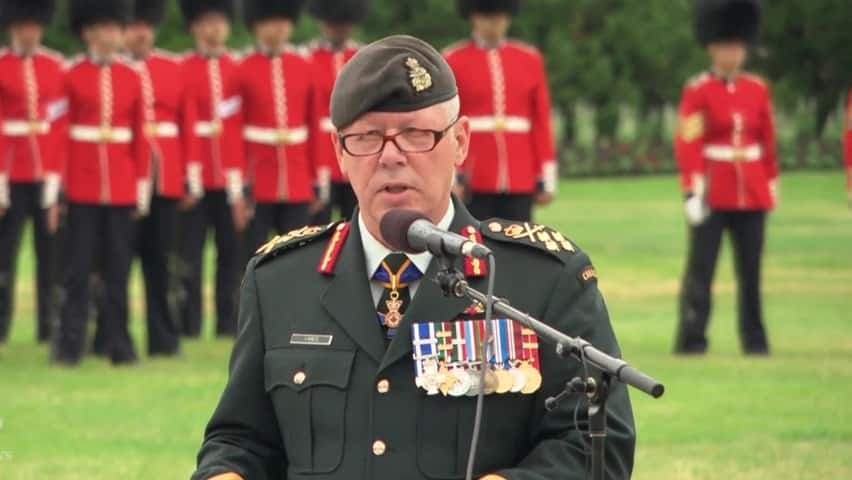 4 years ago
1:14
CDS General Jonathan Vance says the Canadian Army will soon be deployed to Africa. His remarks come a day after Defence Minister Harjit Sajjan spoke about a possible contribution to a UN peacekeeping mission to contain the spread of terrorism in Africa. 1:14

Wynnyk, a former reservist, says issues related to the part-time force remain close to his heart and that one of his tasks as the new commander will be to implement recommendations in Ferguson's report.

He did take issue with the perception that the army is being hollowed out by attrition and a dearth of recruiting.

"The strength of the army right now is sufficient to undertake the tasks and missions the government assigns us," he said following the change of command ceremony on the lawn of Parliament Hill. "Certainly, my job is, if we're not strong enough to do that, (then) to signal to the chief of defence staff. But I don't agree that we don't have troops to undertake the missions we're looking at right now."

There are any number of trouble spots in Africa where Canadian peacekeepers could be sent, but Mali is the one mentioned most often.

A sizable portion of the country was overrun by Islamic extremists in early 2014, prompting the French government to launch a short, but successful campaign to drive militants out of the territory they had captured.

Canada, at the time, played a supporting role with heavy-lift transports to get French military equipment into the western African nation.

Documents obtained by CBC News under Access to Information legislation show the French government of Francois Hollande pressured the former Conservative government to take a major role in the UN peacekeeping mission that followed France's intervention in Mali.

The request was discussed in June 2015 between former defence minister Jason Kenney and his French counterpart, Jean-Yves Le Drian, according to the briefing notes.

Part of the reason France was asking for the assistance is because of the high number of troops deployed domestically due to recent terror attacks.

At the time of the call, up to 7,000 French soldiers have been tied down on home soil, putting "a significant strain" on the country's military.

The Conservatives managed to stick handle around the request, partly because a peacekeeping mission in Mali would be considered a hazardous, if not dangerous, assignment, as UN forces have been the target of attacks, including ambushes and mortar fire. 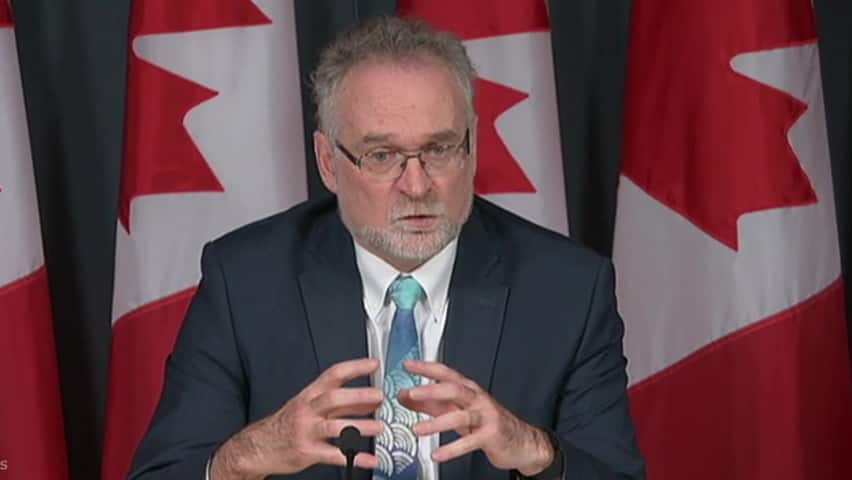