Canada not invited to anti-ISIS coalition meeting in Paris

Canada has not been invited to an anti-ISIS coalition meeting this week in Paris, CBC News has learned. Defence ministers from France, the United Kingdom, Germany, Italy, Australia and the Netherlands will join U.S. Secretary of Defence Ashton Carter Wednesday to discuss the future of the fight against the extremist group, but there's no invitation for Canada.

Defence ministers from 7 countries will meet Jan. 20 to discuss fight against ISIS Defence ministers from 7 countries meet to discuss ISIS, without Canada

5 years ago
3:54
Canada's Minister of Defence Harjit Sajjan did not receive an invitation, his office confirmed to CBC News Network's Power & Politics. 3:54

Canada has not been invited to an anti-ISIS coalition meeting this week in Paris, CBC News has learned.

Defence ministers from France, the United Kingdom, Germany, Italy, Australia and the Netherlands will join U.S. Secretary of Defence Ashton Carter on Wednesday to discuss the future of the fight against the extremist group.

Canada's Minister of Defence Harjit Sajjan did not receive an invitation, his office confirmed to CBC News Network's Power & Politics.

In an interview with host Rosemary Barton, parliamentary secretary to the minister of foreign affairs Omar Alghabra called the meeting "spontaneous" and that "not being invited didn't come as a surprise."

​Alghabra said the group of seven countries meet regularly, independently of Canada, and the only thing different this time is that they are meeting at the ministerial level. 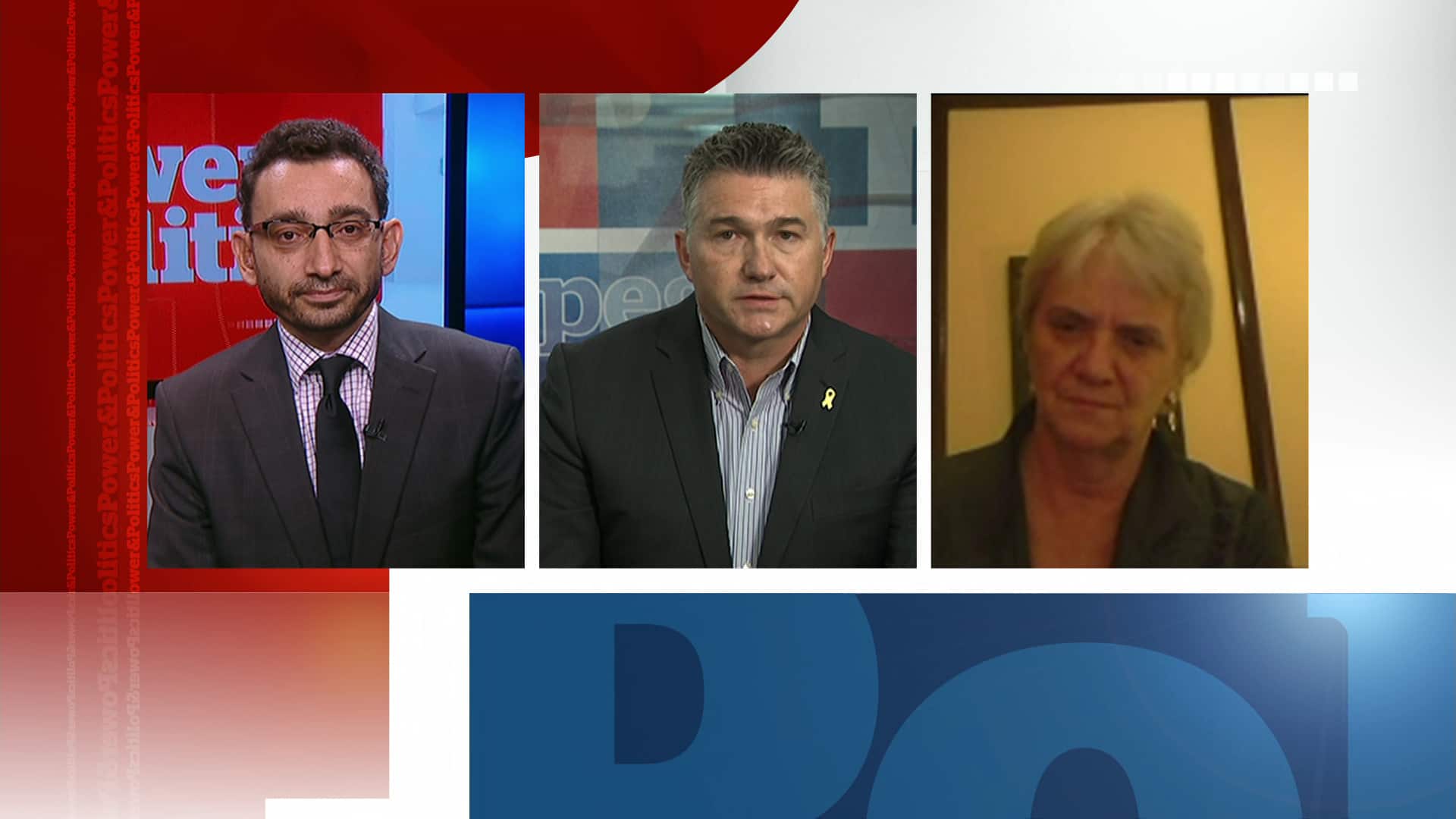 Defence Minister not invited to anti-ISIS coalition meeting in Paris

5 years ago
9:26
MPs Omar Alghabra, James Bezan and Hélène Laverdière discuss Canada's role in the ISIS fight as coalition partners are set to meet in Paris without Canada. 9:26

In a speech last week at Fort Campbell in Kentucky, Carter said the six other nations invited to the Paris meeting are "playing a significant role" in the fight against ISIS.

There was no mention of Canada.

While Sajjan didn't receive an invitation to Wednesday's meeting, he will attend talks organized by Carter on the fringes of a NATO meeting of defence ministers in Brussels Feb 11, and that's the important meeting, said Alghabra.

Conservative defence critic James Bezan said Canada has been snubbed because of "incoherent messaging" from the Liberals.

"This is the first indication that we haven't been a partner, or maybe not a trusted partner, going forward," he said.

"There's going to be very significant conversations taking place and it would be perfect if Canada was there, if we were serious about taking the fight to ISIS. We should be at these meetings."

NDP foreign affairs critic Hélène Laverdière said she is more concerned about the timing of Canada's withdrawal of its six CF-18s from the combat mission.

"My biggest concern right now is the plan. What is the plan? When are we going to withdraw our fighter jets?" she said.

Defence expert Dave Perry, a senior analyst at the Canadian Global Affairs Institute, said the snub is significant because of the high-level nature of the meeting. He called it a reflection of Canada's changing role in the mission.

"The common thing [between the countries invited] is that their contributions are either numerically larger than ours and increasing in some cases, such as both Italy and Germany, or they're continuing to contribute in a very important way to the air mission — Australia and the Netherlands, for instance," Perry said on Power & Politics.

Not being invited means Canada is left out of critical conversations, he added.

"We'll quite literally not be at the table, as the other significant members of the coalition are sitting around, making the decisions about how the mission evolves," Perry said.

"We'll be informed, clearly, about what happens, but we won't be there contributing to the discussion." Canada not invited to anti-ISIS meeting

5 years ago
3:59
Defence analyst Dave Perry says Canada not being invited to an anti-ISIS coalition meeting means the country will be left out of critical conversations 3:59
CBC's Journalistic Standards and Practices|About CBC News