Use of military force by Russia in Baltic states would 'be absolutely crazy,' says former general

The arrival of Canadian troops in the Baltics has helped established a "red line" for Russia and greatly diminished the risk of a Crimea-style takeover in the region, Latvia's former top military commander said Tuesday.

He downplayed criticism, both political and academic, that says the size of the multinational battalions, roughly 1,200-1,500 soldiers each, makes them militarily insignificant.

There have been studies, notably by the U.S.-based think-tank the Rand Corporation, that have said the Russian army, given its size, could overrun all three tiny Baltic countries in as little as 36 hours.

Graube, who retired last fall and heads a pro-Latvian foundation, says the likelihood of a full-on invasion is remote and the real danger has been the kind of stealth takeover, involving special forces, which Russia used to annex Crimea from Ukraine in 2014.

Moving Russian tanks or troops across any of the Baltic borders would provoke a response by Western countries, a fight Graube said Russia is not eager to pick.

"I would say the use of military force against NATO countries, 17 countries whose soldiers are on Baltic soil; I think you must be absolutely crazy," he told CBC News. "Because it will lead to a big conflict. I don't want to exaggerate and say Third World War, but at least the conflict would be really huge."

The NATO battle groups — known in military terms as the enhanced forward presence battalions — are small in size, but they are nimble enough to prevent the infiltration of Russian covert forces. Those forces were known in Crimea as the "little green men" that employed hybrid warfare tactics.

"I think [enhanced forward presence] will draw a real red line. This is a full stop. This is the border. This is NATO territory and we, all 28 nations, are ready," said Graube.

Defence Minister Harjit Sajjan, who has just returned from Latvia, told a Commons committee on Tuesday that the Canadian presence was important and intended to send a strategic message to Russia that NATO was united.

"We need to demonstrate this on the ground and this clearly does that," he said.

Canada contributed 450 soldiers to the mission and leads one of the battle groups.

They arrived last week in Latvia's capital, Riga, and set up camp at a nearby air base.

Troops from five other NATO countries — Italy, Spain, Poland, Slovenia and Albania — will round out the contingent.

Last week, U.S., British and Polish forces were conducting an exercise meant to test their readiness to defend the Suwalki Gap, a 96-kilometre stretch of farmland near the Polish-Lithuanian border.

The parcel of land is wedged in between the Russian enclave of Kaliningrad and Moscow's ally Belarus, and the gap would be — according to experts — one of the first places seized in the event of war. Capturing it would cut off the Baltic states from Poland.

Last week's exercise was NATO's first test of its strategy for staving off possible Russian aggression and a signal it would fight for the gap, if necessary.

Russia will hold its own massive military exercise, involving as many as 100,000 troops, on its western border in September.

Graube said the Russian exercise deserves watching because the takeover of Crimea was preceded by a large-scale drill on the border of Ukraine.

Russian President Vladimir Putin may well want to test the resolve of NATO and U.S. President Donald Trump's administration in some form or another during that time, he added.

"We'll have to wait and see [because] the level of provocation during this exercise will depend on the geopolitical situation beyond the border of the Baltics," Graube said. 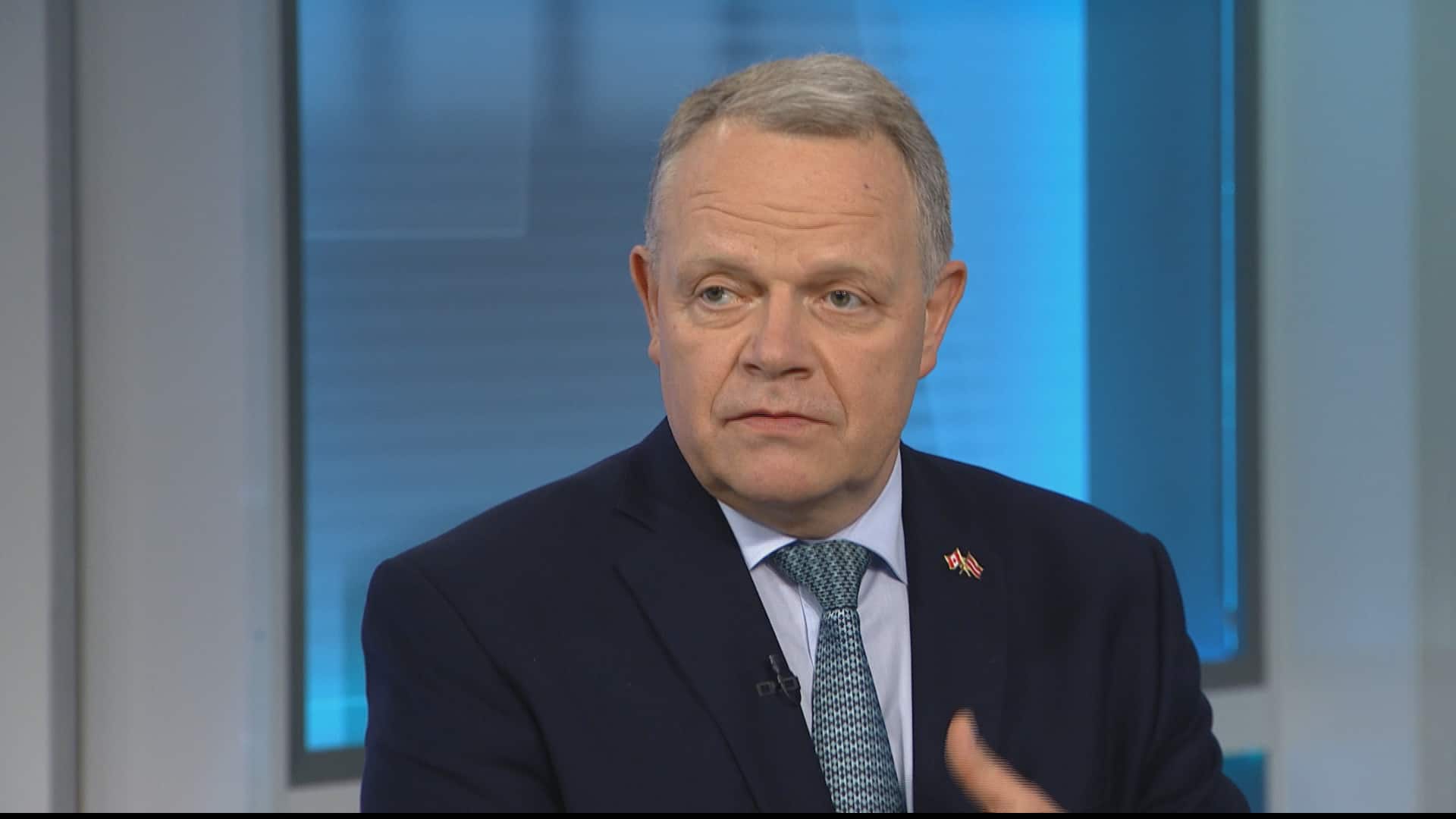 A red line for Russia?

4 years ago
6:01
Latvia's former Chief of Defence on the Canada-led NATO battlegroup. 6:01