U.S. denies it plans to withdraw from Iraq as NATO stands firm on training mission

Canada's defence minister insisted today the military mission in the Middle East will stay the course following hours of international confusion triggered by a leaked letter which suggested Washington was prepared to withdraw its troops from Iraq. 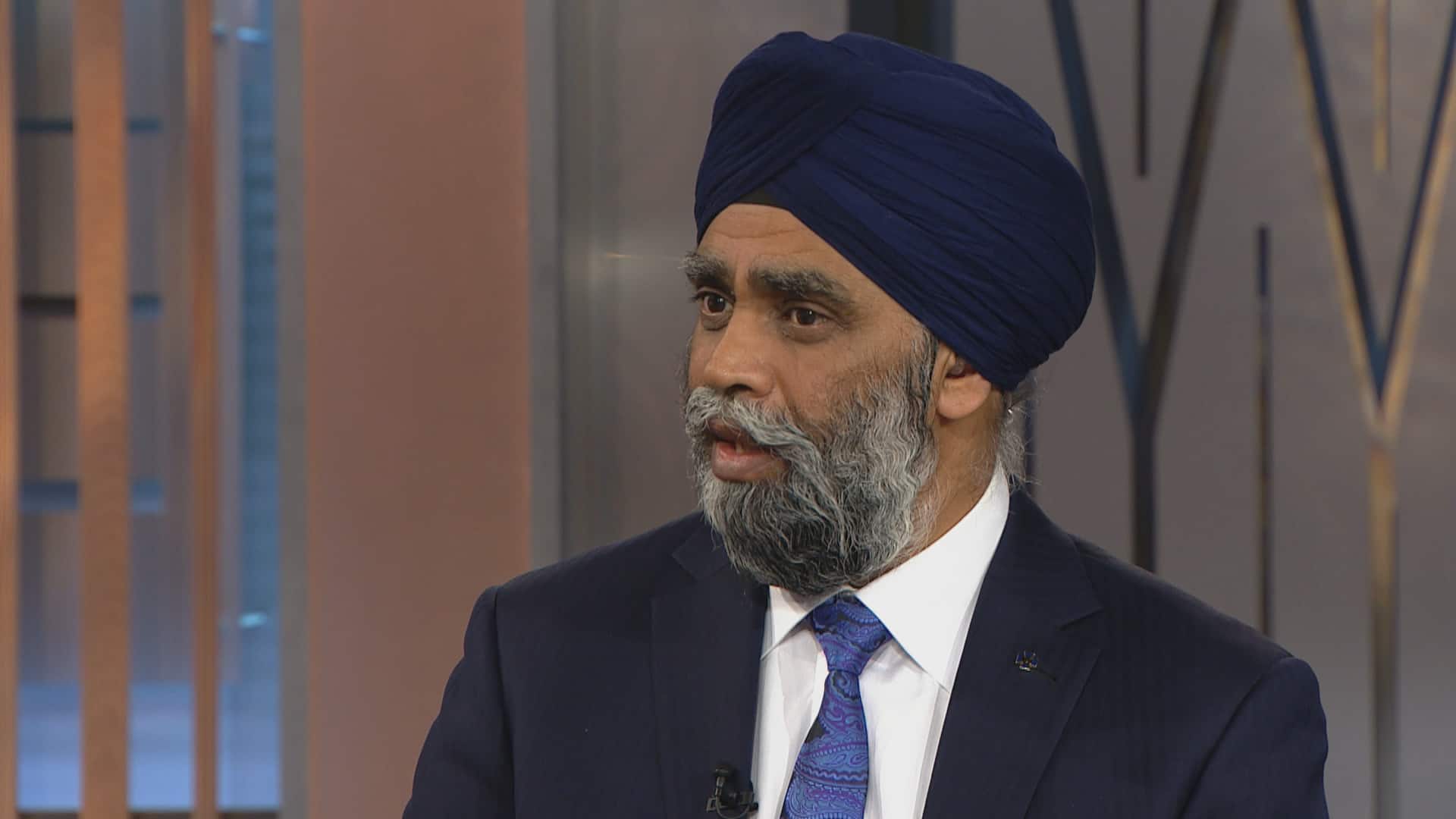 10 months ago
9:49
Defence Minister Harjit Sajjan on the fallout from the U.S. assassination of Iranian General Qassem Soleimani. 9:49

Canada's defence minister insisted today the military mission in the Middle East will stay the course following hours of international confusion triggered by a leaked letter which suggested Washington was prepared to withdraw its troops from Iraq.

Media reports about the letter from a senior Marine Corps brigadier general, led by the Reuters news agency, said the pullout would happen over the next few days "in deference to the sovereignty of the Republic of Iraq" — and would be conducted in response to the Iraqi parliament passing a resolution over the weekend calling for the departure of all foreign forces.

But according to Reuters, U.S. Army General Mark Milley, chairman of the Joint Chiefs of Staff, later told a group of reporters that the letter — obtained by media outlets Monday — was a draft meant only to inform the Iraqi government of increased U.S. troop movement and no withdrawal is being planned.

The letter said the repositioning was taking place "to prepare for onward movement" but did not specify where that movement might take place.

U.S. Secretary of Defense Mark Esper also insisted that the U.S. has no plans to pull out of Iraq.

"There's been no decision whatsoever to leave Iraq," Esper told Pentagon reporters on Monday, adding there also have been no plans issued to prepare to leave.

Defence Minister Harjit Sajjan, speaking with CBC's Power & Politics, also dismissed the reports of an American withdrawal and said he received no indication of such a move when he spoke with Esper on Friday, prior to the Iraqi parliamentary motion.

"We know the current situation is far more complicated, and we have to respect their process, but it is more complicated than just one vote," Sajjan told Power & Politics host Vassy Kapelos. "So we will go through the number of days, and potentially weeks, to see where the situation lands."

The region has been on edge and anticipating military action since a drone strike ordered by U.S. President Donald Trump killed Iranian Gen. Qassem Soleimani in Baghdad on Friday. Sajjan said increased force protection has been ordered for Canadian troops in Iraq and non-essential personnel have been relocated out of the country. He did not elaborate, citing security concerns.

Canada has a contingent of elite special forces soldiers, intelligence officers and helicopters in Iraq supporting the U.S.-led coalition mission to hunt down the remnants of the Islamic State. They're located in the northern Kurdish city of Erbil — and presumably would be covered by any order to withdraw.

The notion of an American withdrawal appeared at odds with the hopeful noises NATO's secretary general was making about the future of the alliance's separate military training mission in Baghdad.

In Brussels on Monday, Jens Stoltenberg suggested the mission was going to remain in place and hopefully resume operations as soon as possible.

The work of the mission's roughly 500 multinational soldiers, who are training Iraqi Army trainers in various military skills, was halted following the attack that killed Soleimani.

Iraq's parliament voted over the weekend in favour of a non-binding resolution calling on the government to expel foreign troops from the country.

Stoltenberg said that while the safety of the alliance's troops is paramount, they're ready to get back to work.

"We have suspended our training mission now because of the security situation on the ground, but we are ready to restart the training when the situation on the ground makes that possible," Stoltenberg said at NATO headquarters following a briefing for the military alliance's ambassadors. "We are in close contact with the Iraqi authorities, with [the] Iraqi government."

His comments suggest there's some hope still that the training mission — which is separate from the U.S.-led coalition that has been hunting the remnants of the Islamic State in the region — will be permitted to continue because of the value the Iraqi government has placed on it in the past.

"The Iraqi prime minister stressed the importance of NATO support, coalition support to the Iraqi security forces," Stoltenberg said, referring to a recent meeting with the Iraqi leadership prior to Soleimani's death.

"It's important for Iraq, but it is also important for us, because when we train them, help them in fighting ISIS and international terrorism, we're making our own countries safe and secure."

Stoltenberg said he expects "to have close dialogue with the Iraqi government" over the coming days.

Canada has about 500 troops in Iraq. About half of them provide support to the NATO training mission, while other half — mostly based in Erbil — are involved in the U.S.-led anti-ISIS coalition.

Prime Minister Justin Trudeau tweeted that he met with both Sajjan and Chief of the Defence Staff Gen. Jonathan Vance Monday morning, but did not address the future of the Canadian missions.

"The safety of Canadians in the region is our top priority," Trudeau said. "We will continue to monitor the situation closely and encourage de-escalation."

Trudeau also spoke with Stoltenberg today. A media release from his office says the two men "discussed the current situation in Iraq" and "agreed on the important role of the NATO training mission in strengthening Iraqi security capacity."

The release also said that Stoltenberg "noted that the suspension of NATO training activities is a temporary force protection measure and that NATO is prepared to continue its activities when the situation permits."

A 'de-escalation of tensions'

"The minister reiterated Canada's ongoing commitment to a stable and united Iraq and to ensuring the enduring defeat of Daesh," said the statement, using a common Arabic word for ISIS. "The two ministers agreed that a de-escalation in tensions is necessary as peace and stability are key to pursuing the political and economic reforms underway in Iraq."

The message of de-escalation was echoed by Stoltenberg, who said American military and diplomatic officials contacted other NATO members to explain the rationale for killing Soleimani.

He ducked questions about whether the alliance supports the U.S. action and pointed out how Iran has long played a spoiler role in the Middle East.

"What was clearly expressed at the meeting today was a call for restraint and de-escalation," he said. "All allies have several times expressed their concerns about Iran's destabilizing activities in the regions, including Iran's support for different terrorist groups.

"And of course, all allies agree that Iran should never be able to develop nuclear weapons and we have also expressed again and again our concerns about Iran's missile programme, missiles which are able to reach also many European allied countries."