Prime Minister Justin Trudeau and the European Union's two top political leaders expressed faith in the American peopleThursday ahead of next week's U.S. presidential election whose outcome has major implications for global relations. 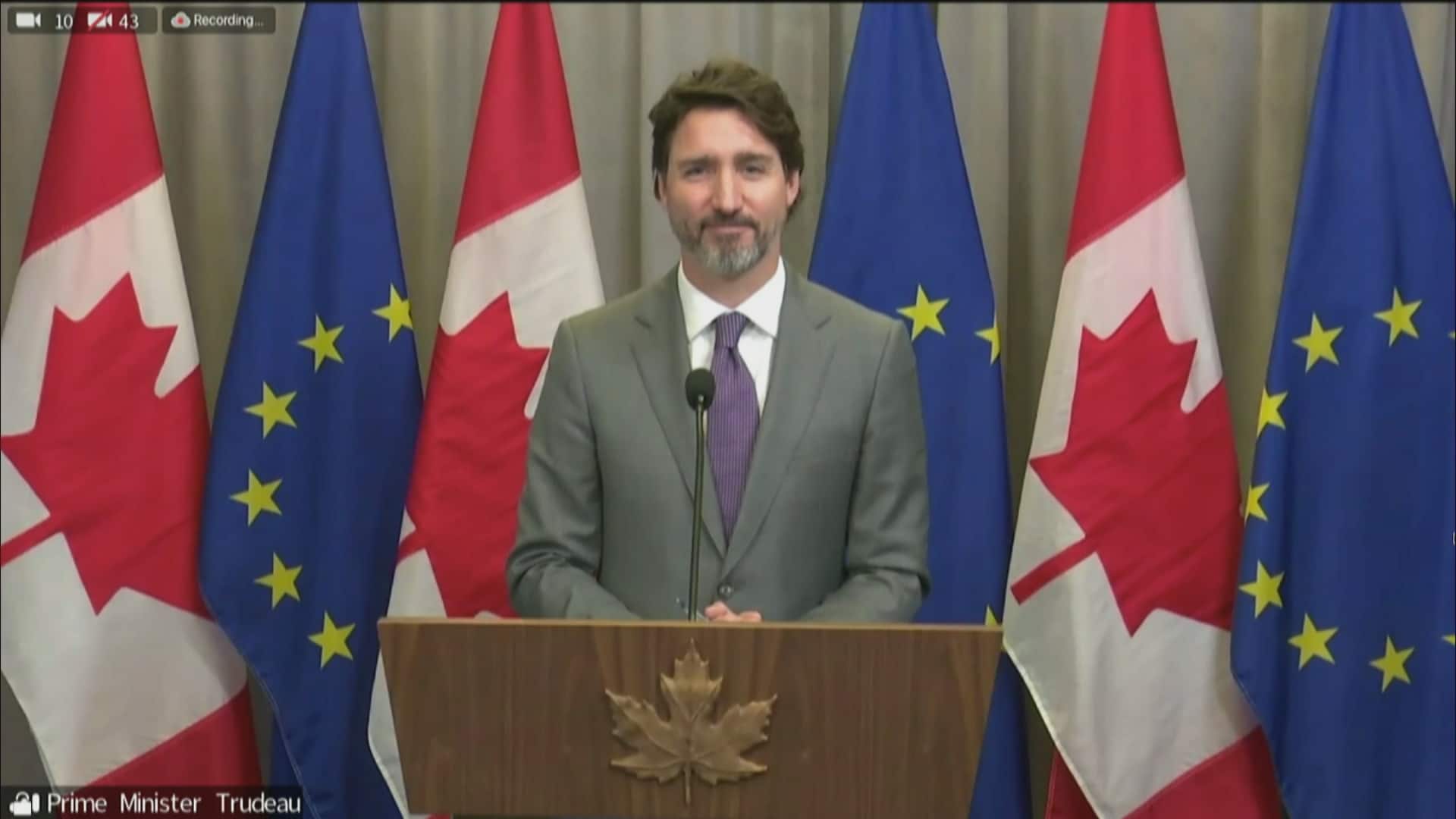 Prime Minister Justin Trudeau and the European Union's two top political leaders expressed faith in the American people Thursday ahead of next week's U.S. presidential election whose outcome will have major implications for global relations.

Trudeau, European Commission President Ursula von der Leyen and Charles Michel, the European Union Council president, all refrained — as is customary — from directly commenting on whether they'd like to see current U.S. President Donald Trump remain in office or his challenger, Democrat Joe Biden, take over.

The choice is up to the American people, the three leaders said.

"We will, of course, be watching election day unfold in the United States with confidence in American democracy and their democratic traditions that have managed this event every four years for a very, very long time successfully," said Trudeau.

"There have been situations — in 2000 for example — where it was a matter of weeks before arriving at a final outcome. And as we did then, we will follow along carefully without interfering or intervening in well-established processes internal to the United States's democracy."

While the three leaders' remained diplomatic about their preferred outcomes, it was clear the three leaders are at least eager for a reset of strained relations to help them cope with the major challenges of the day, including climate change, growing isolationism and the COVID-19 pandemic.

"For the next term in the relation between the European Union and the United States, we are looking forward to more engagement on the multilateral scene, for the rules-based multilateral system," said Von der Leyen.

"We are looking forward to engage stronger in the fight against climate change ... There we would like to have closer cooperation but also in the development of the digital world and, of course, to stand strong together to defend our values."

Today's three-way video conference was the first formal discussion the leaders have been able to hold since the changing of the guard of Europe's top political leadership late last year.

In a pandemic-free world, it would have been a formal summit — a followup to last summer's two-day affair that Trudeau hosted with one of Von der Leyen and Michel's predecessors, Donald Tusk.

That gathering was marked by gushing displays of Canada-EU political fealty that saw Trudeau and Tusk position themselves as defenders of a world order that has been increasingly under attack from Trump.

Today's meeting sent a similar signal, as the three leaders championed the benefits of free trade and the importance of standing up for human rights and democracy.

"We are determined to fight the pandemic together as a global community in line with our values of democracy, human rights and the rule of law," Michel said.

The goal is twofold, he said: protect the health of citizens and ensure an innovative, sustainable and inclusive economic recovery.

"There is one way to do this — through solidarity, co-operation and multilateralism. The work of the G7, the G20 and the United Nations are crucial to these efforts," he said.

The talks affirmed strong support for the United Nations World Health Organization, which Trump has accused of being a puppet of China because he says it downplayed the severity of the early outbreak of COVID-19.

On trade, the group discussed Canadian-led efforts to reform the World Trade Organization, a process known as the Ottawa Group, as well as the ongoing implementation of the Canada-E.U. trade deal, CETA.

With talks now having resumed on the United Kingdom's exit from the EU, Trudeau said Thursday he is hopeful about talks on the transition for Canada-U.K. relations as well.

Michel said CETA — which came into provisional effect in 2017 pending approval from national parliaments in EU countries — has increased bilateral trade between the two blocs by 24 per cent for goods and 25 per cent for services.