​A Conservative proposal to restrict Canadians from travelling to regions of the world it considers controlled by terrorist groups is mere "electoral posturing," Liberal Leader Justin Trudeau said Monday. 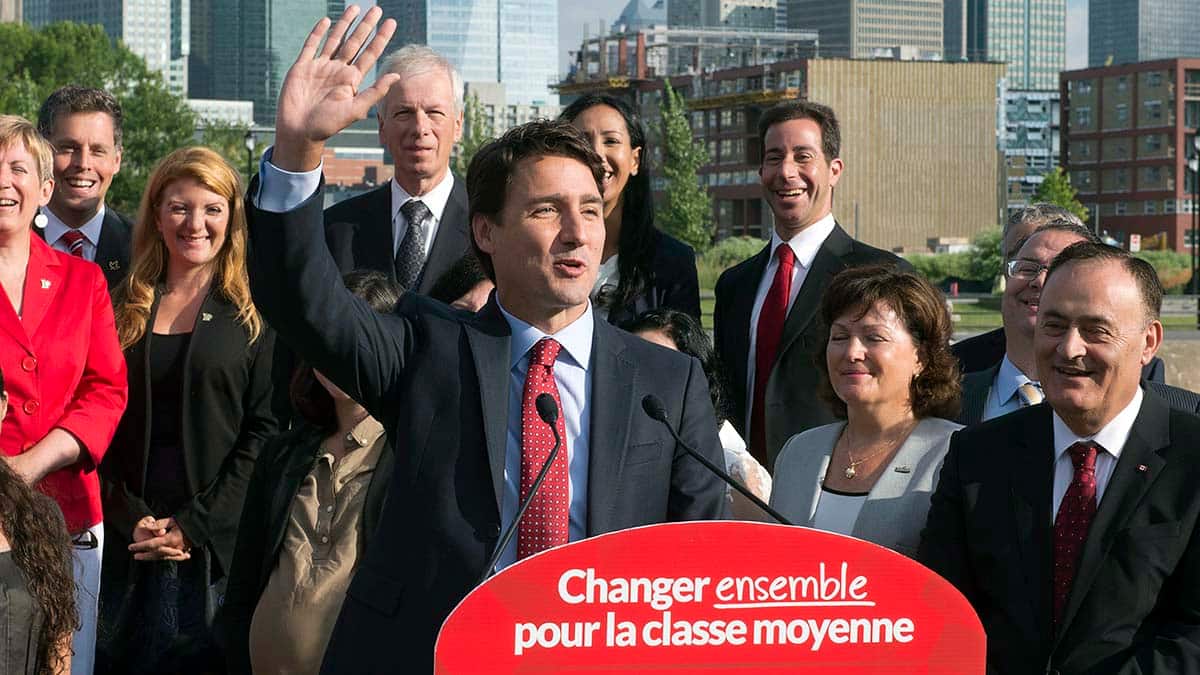 ​A Conservative proposal to restrict Canadians from travelling to regions of the world it considers controlled by terrorist groups is mere "electoral posturing," Liberal Leader Justin Trudeau said Monday.

The measure would see national security agencies tracking Canadians who travel to those areas and force those returning home to prove they were in the region for humanitarian reasons, or as journalists covering the conflict.

At a campaign stop in Montreal, Trudeau said Conservative Leader Stephen Harper has failed to justify what would amount to limitations on Canadians' rights.

"Canada is a country that respects people's rights," Trudeau said as he kicked off his Quebec component of the federal election campaign.

"And any time a government chooses to limit those rights, it has to be able to answer very direct and complete questions about why it's necessary, about how it will work, about what the clear plan is and Mr. Harper has done none of that.

"For us, it's a piece of electoral posturing."

The Liberal leader also focused on Harper's economic policies on Monday, saying the travel ban was simply a Conservative attempt to distract from their failure to create jobs.

Speaking mostly in French, Trudeau spoke to about 400 supporters about the financial burden of the middle class, and accused Harper of blaming others for Canada's economic challenges.

"It's Greece's fault, he says. Or China's. Or Barack Obama's. Or Kathleen Wynne's. Or Rachel Notley's," said Trudeau.

A big "boo" of disapproval erupted when Trudeau mentioned the NDP's Sherbrooke declaration, which outlines the party's stance on Quebec, including the grounds for separation.

"I'm as proud of being a Québécois as I am of being a Canadian," Trudeau told the room.

Trudeau's party hopes to siphon support from the NDP in Quebec between now and the Oct. 19 election.

The Liberals had only seven of 75 seats in the province at dissolution, compared with 54 for the NDP.

Part of Trudeau's strategy over the next 10 weeks will be to portray Mulcair as someone whose policies do not resonate with Quebecers.

On Monday he cited the NDP plan to implement a national daycare program as one example, saying an extensive child-care system already exists in the province.

Many party supporters used their red and black placards saying "Changer Ensemble" (Change Together) to try to build a breeze in the stifling room. Supporters mobbed Trudeau for pictures at the end of the night. One woman shouted to him, "We're counting on you!"