Conservatives grapple with the terrible death of a Syrian boy

Any illusion the story of poor dead Alan Kurdi wouldn't feature heavily on the trail of the Conservative campaign trail was shattered Thursday morning with the arrival at the Sheraton Vancouver Guildford hotel of the morning paper. James Cudmore recounts the events of an emotional day.

Any illusion the story of poor dead Alan Kurdi wouldn't feature heavily on the Conservative campaign trail was shattered Thursday morning with the arrival at the Sheraton Vancouver Guildford hotel of the morning paper.

There, on the front, was a profoundly sad photo of the lifeless little body of the three-year-old refugee washed up on the beach, face in the surf.

It ran four columns wide, above the fold.

The picture had already appeared elsewhere. It had been on the evening newscasts the night before as well. But one could choose then whether to see it.

But there on the front of the paper the picture was impossible to avoid as it rested outside hotel room doors and on breakfast tables.

One Conservative staffer accompanying the campaign said he nearly threw up when he saw it. He'd heard about the pictures, and was trying to avoid them.

There was also the news that Vancouver was just waking up to, that Alan Kurdi and his family had ties to Canada, and might have been trying to find their way here.

The heart-sickening death of a beautiful boy was now the only news that mattered.

Conservative Leader Stephen Harper had already seen the pictures by the time the papers hit the street.

He saw them Wednesday night on the internet, as many other people did.

He was in his suite at the Sheraton with his wife, Laureen. He looked for the pictures on purpose. And what he saw was shocking, he later told reporters, and it forced the Harpers to think back to when their strapping university-aged son Ben was just three.

As Harper told the story to reporters, his voice wavered and cracked with emotion.

There had been plans for a morning photo op. The campaign team had been deployed, as had security, and things were ready to go. The event was cancelled at the last minute. Harper's motorcade was prepared, but it remained parked behind the hotel.

The leader was somewhere inside, said to be in a meeting.

Kory Teneycke, Harper's key communications advisor stood outside the hotel smoking a cigarette and pacing as he talked on the phone.

News was arriving from Ottawa that Immigration Minister Chris Alexander was holed up inside the arrivals area of the Ottawa airport, while news crews waited outside. Liberal Leader Justin Trudeau had sharp words for Alexander in his morning press conference, and was calling for Harper to apologize to the boy's father.

Defence Minister Jason Kenney had been scheduled to talk at a Conservative campaign event about how the party was "protecting the integrity" of Canada's refugee system.

But it was not the right day to talk about immigration cheats, and the event was cancelled. It soon became clear the day would change in other ways, too.

The infrastructure policy announcement planned for the day was scrapped. The event would go on, but there would be none of the music and hoopla, none of the campaigning.

Instead, Harper would speak to this one issue, and then he'd take questions.

Today is a different sort of day, Harper acknowledged, because of those photos of little Alan.

It's what everyone is talking about, Harper said. And he told the story of how he and his wife had come to see those pictures, and to feel their emotional impact, the night before.

"It's a terrible tragedy," Harper said, "And I know all of our hearts go out to those who are touched personally by this tragedy."

As Harper spoke, across town Alan's aunt sobbed while telling the story of the difficult path to Canada the boy and the brother and mother who drowned with him would never follow. 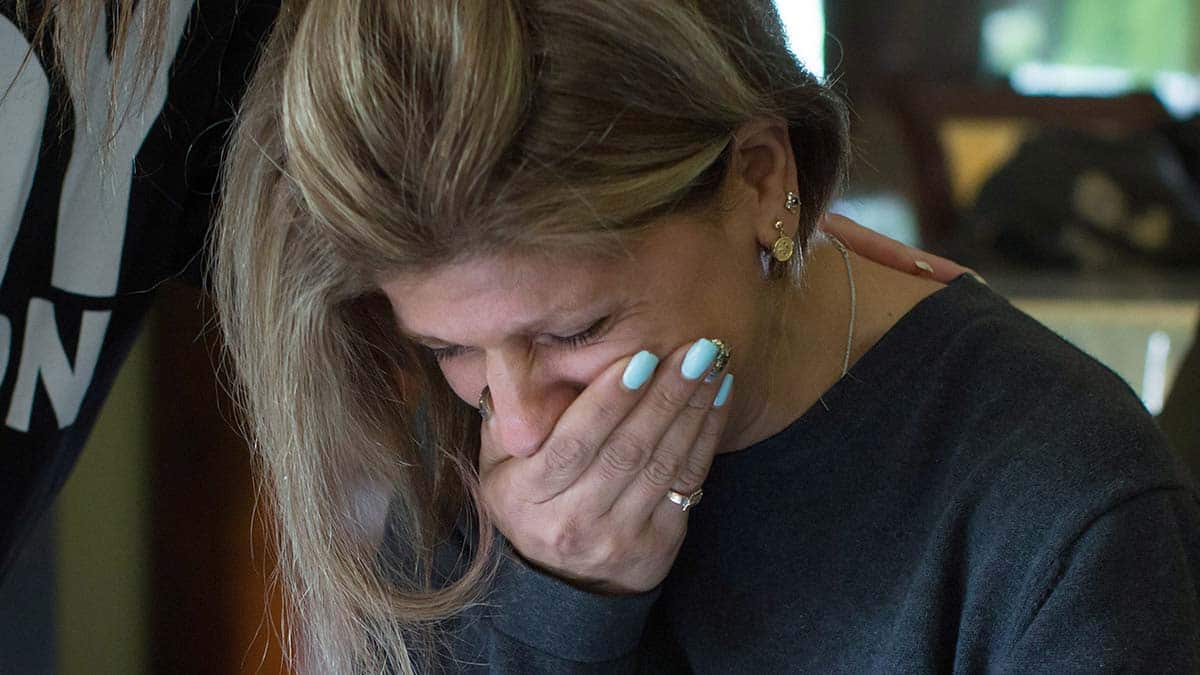 Tima Kurdi: 'It has to be a wakeup call for the whole world"

"To be honest, I don't just want to blame the Canadian government. I'm blaming the whole world for this, not helping enough the refugee[s]," Tima Kurdi said through tears.

That question, of more help for refugees was what Harper was forced to answer at his own news conference in Surrey.

Every one of five questions asked was about Alan, or how the government would respond to the refugee crisis to which Alan's photo so painfully drew the world's attention.

"We could drive ourselves crazy with grief if we look at the, as I say, millions of people who are in danger, then tens of thousands who are dying," he offered.

"Our message has been the same all along: We are admitting more refugees. We promised that earlier in the campaign. It's one of our campaign commitments, but that is not a solution in itself."

Harper said the solution was to go after the root cause of the crisis, which he said was the horrible violence perpetrated by the fighters of the so-called Islamic State.

Perhaps the Conservatives had felt the issue had been put to bed, or that it was safe now to turn it into an attack.

Just a couple hours later at a rally in Delta, B.C., Harper referred to the heart-sickening picture, referring to the boy by name.

"It has shockingly reminded us all of the nature and of the scale of the violence in that part of the world," Harper said. "This is only one of millions of stories, and last October we were brutally reminded that such terrorist violence can come to this country."

It seems it is Harper's view that the drowning of Alan, his brother Galib and his mother Rehana — and the many more lost refugees — was not the result of the coldness of governments, the bungling of bureaucrats or the painful international policies that restrict the flow of Kurdish travellers in particular from Turkey's shores.

No, this tragic death was caused by ISIS, who must be fought. 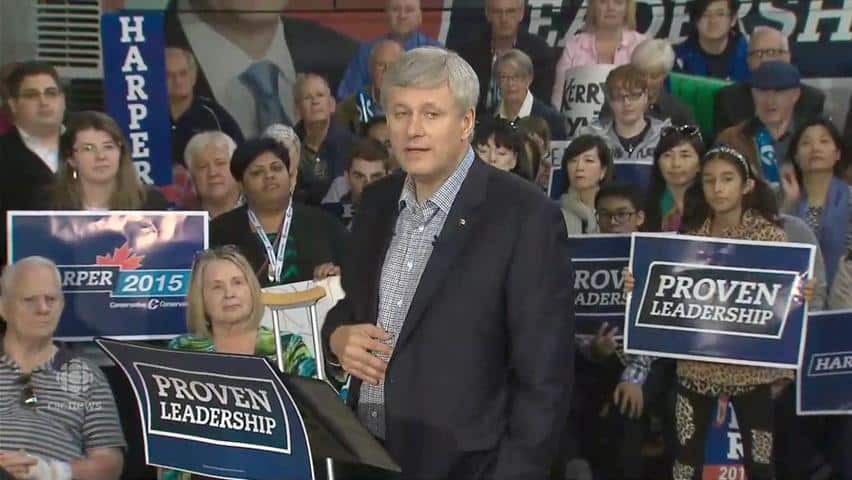 It had not yet been 24 hours since the photo had become a symbol of the plight of refugees. And here it was now, a symbol of how the Liberal Party and the NDP were getting their foreign policy wrong.

"No amount of military action would have saved that boy's life on that beach today," he said.