'Canadians want us to respond. That's what we are doing,' Tory leader told supporters in Toronto 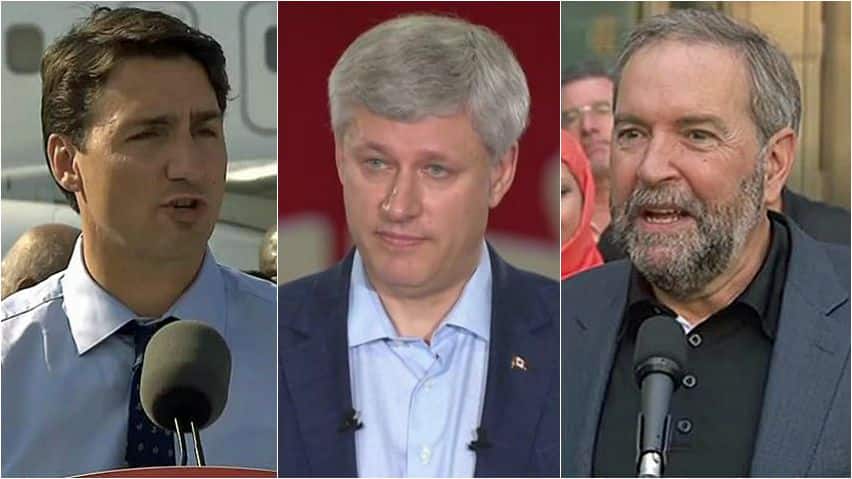 5 years agoVideo
2:11
Conservative Leader Stephen Harper says he has no interest in meeting with Tom Mulcair and Justin Trudeau about the refugee crisis. Harper says the government is already seized with the situation. 2:11

"We're not going to get into partisan games on this," said Harper during a campaign stop in Toronto Monday afternoon.

The ongoing refugee crisis was thrust to the forefront of the federal election campaign last week after a photo of a drowned three-year-old Syrian boy washed ashore on a Turkish beach made headlines around the world. It was revealed that the boy's relatives in B.C. hoped to sponsor his family for resettlement in Canada.

In response, NDP Leader Tom Mulcair said a New Democratic government would bring 10,000 Syrians to Canada by the end of this year and 46,000 government-sponsored refugees from the region by 2019.

For their part, the Liberals under Justin Trudeau said a Grit government would accept 25,000 refugees by January 2016 and over the weekend, Trudeau formally invited Harper and Mulcair to sit down to develop an improved Canadian response to the crisis.

During a campaign stop in Mississauga, Ont., Monday, however, Trudeau told reporters he had not heard back from either leader.

Mulcair also said he's reached out to Harper in hopes of meeting personally because only the Tory leader currently has the power to address the matter.

"The person who can take these decisions is the prime minister," he said. "My chief of staff has reached out to him to try and get a discussion rapidly."

A number of provincial and municipal leaders have also come forward in recent days, saying their jurisdictions are prepared to work in conjunction with the federal government to begin accepting more refugees.

While not explicitly refusing the notion of a meeting with other party leaders, Harper implied on Monday it was not something he was actively considering.

"We've already brought in tens of thousands. As I say, I've already announced that we will increase that number," he said.

"Look, we're obviously pleased that Canadians are seized with this issue and Canadians want us to respond. That's what we are doing."

Harper also repeated his assertion that changes to refugee policy will not be enough to curb the influx of those fleeing violence, and that ongoing military action against the Islamic State of Iraq and Syria is the only way to curb the refugee crisis.

All three of the major party leaders were campaigning for the Oct. 19 vote in the vote-rich Greater Toronto Area on Monday. ​