Conservative Leader Stephen Harper has acknowledged that his government asked for an audit of Syrian refugee cases earlier this year, but denies that any political staff were involved in vetting those files. 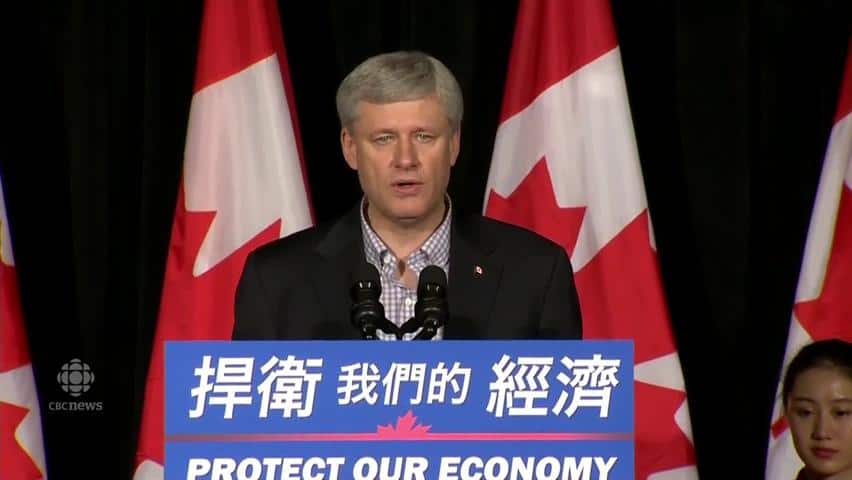 Conservative Leader Stephen Harper has acknowledged that his government asked for an audit of Syrian refugee cases earlier this year, but denies that any political staff were involved in vetting those files.

Harper, responding to a Globe and Mail story, said that when it comes to admitting refugees, his government ensures the selection of the most vulnerable people while keeping the country safe and secure.

"The audit we asked for earlier this year was to ensure that these policy objectives are being met. Political staff are never involved in approving refugee applications," Harper said. "Such decisions are made by officials in the Department of Citizenship and Immigration."

In a written statement, Alexander said the move to review the cases of the UN-designated refugees was designed to "ensure the integrity of our refugee referral system."

"Starting a new refugee resettlement program in a volatile conflict zone poses particular challenges.… This was a prudent step to ensure the integrity of our refugee referral system."

A report in the Globe and Mail Wednesday said Harper intervened in the file normally handled by the Citizenship and Immigration Department.

The Prime Minister's Office, the paper said, had asked Citizenship and Immigration for the files of some Syrian refugees so they could be vetted by the PMO.

Although developing for months, the refugee crisis came to prominent attention earlier in the election campaign, after dramatic images of a dead toddler made international headlines.

The newspaper said the processing halt was not disclosed to the public, and was in place for at least several weeks. "It is unclear when it was lifted. At the same time, an audit was ordered of all Syrian refugees referred by the United Nations in 2014 and 2015," the report states.

In his statement, Alexander wrote that processing of the refugees "resumed only after there was confidence that our procedures were adequate to identify those vulnerable persons in most need of protection while screening out threats to Canada."

The Canadian Press reported Wednesday that what the Prime Minister's Office ordered in June was a security review, as a result of intelligence reports in the U.S. suggesting refugees could pose a threat to that country.

The audit was carried out only on government-assisted refugee cases — those already in Canada and those still in the queue, forcing a halt to case processing for several weeks.

No concerns were ultimately found and the process was restarted — the processing of privately sponsored files was never affected.

Republican lawmakers in the U.S. have been arguing for months that opening the door to thousands more refugees would be akin to having a welcome party for Islamic militants.

At a congressional hearing in February, both the FBI and the director of the American National Counterterrorism Center acknowledged there could be a risk, with the FBI suggesting there wasn't enough information available on the ground in Syria to properly vet cases.

And in June, a U.S. researcher reminded Congress that two failed attacks against the U.S. were organized by people who'd sought refugee status in Canada first.

"We learned today that Stephen Harper intervened personally to stop the arrival of Syrian refugees. He had already done that before he appeared before us to emote talking about his own family after seeing the body of that little child on that beach in Turkey," he said.

"That is abject behaviour on the part of the Canadian prime minister. It is a shame on Canada. And Stephen Harper should apologize and remove those restrictions now."

"This government has always behaved in an irresponsible manner and interferes, and for me it just shows how much we need a better government in Ottawa than Mr. Harper can offer," he said. 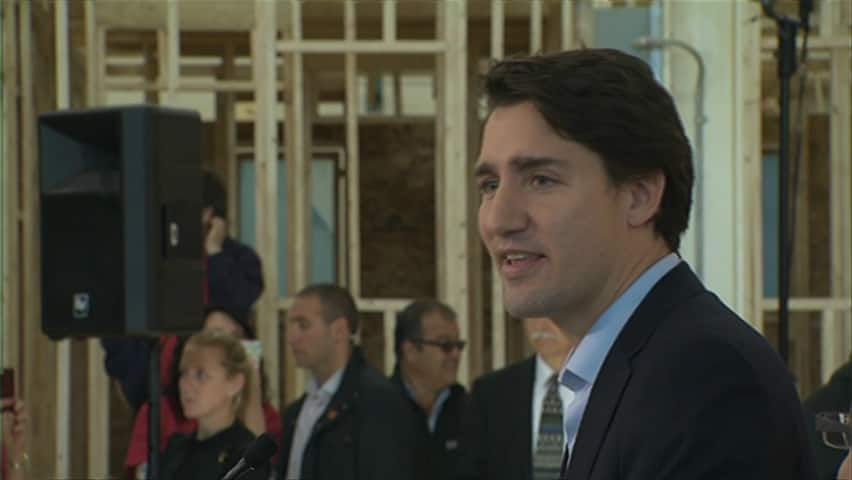 5 years ago
1:25
Liberal Leader Justin Trudeau responds to reports that the PMO told immigration officials to stop the process to allow some Syrian refugees from coming to Canada. 1:25

He added the Conservatives are using so-called "security" issues as a distraction.

"I think one of the things we've seen is that Mr. Harper is always trying to pivot to security concerns, to the politics of fear and division, as a way of distracting from the fact that he has a failed plan, that he has been unable to create the growth Canada needs over the past decade."