New Democrats, if elected on Oct. 19, promise to maintain stable defence spending and equip the military to resume leadership in the United Nations peacekeeping, with an eye to making Canada the top troop contributor among Western nations within a few years.

NDP sources, speaking on background to The Canadian Press, say the intent would be to meet international standards with respect to response times and ensure there is adequate coverage in the North.

As party leader Tom Mulcair hinted earlier in the campaign, the NDP would not kill the controversial F-35 stealth fighter program outright, but would wait for the results of a comprehensive defence review mandated to report within a year.

The Liberals, who have promised to back out of the multi-billion dollar plan altogether, attacked Mulcair's response as a flip-flop, pointing out the NDP was — until recently — against the deal.

NDP officials readily acknowledge the F-35 joint strike fighter does not belong in a peacekeeping arsenal and say the defence review would likely come to the same conclusion.

"I can't think how the F-35 would fit into a refined Canadian military," said one source with knowledge of the platform. "I think that will be reflected in a new vision for Canada's future." 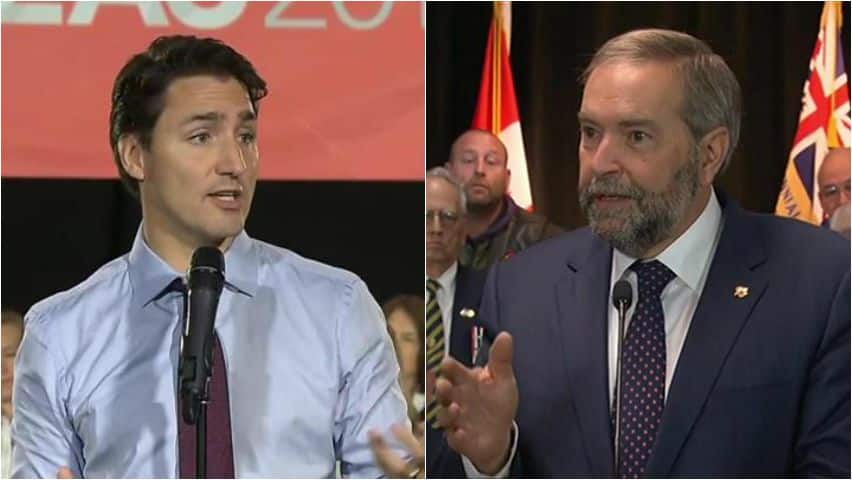 On the question of how they would handle the country's approximately $20 billion defence budget, which the parliamentary budget office says needs to be increased to maintain existing troop and equipment levels, the NDP say they would "maintain budgetary expenditures on defence to meet our commitments."

That is far from a guarantee and officials say much would depend on the defence review, which could "very well come back and say there needs to be an increase."

It would reform the controversial universality of service rules, which require troops to be fit to deploy at a moment's notice. The rules have been responsible for the summary ejection of some wounded soldiers who wished to continue serving.

To increase transparency at National Defence, the NDP says, among other things it would create an inspector general's office.