Leading the polls by a razor-thin margin, the New Democratic Party is promising four years of balanced budgets in a bid to reassure voters that the party is throwing off its socialist past. 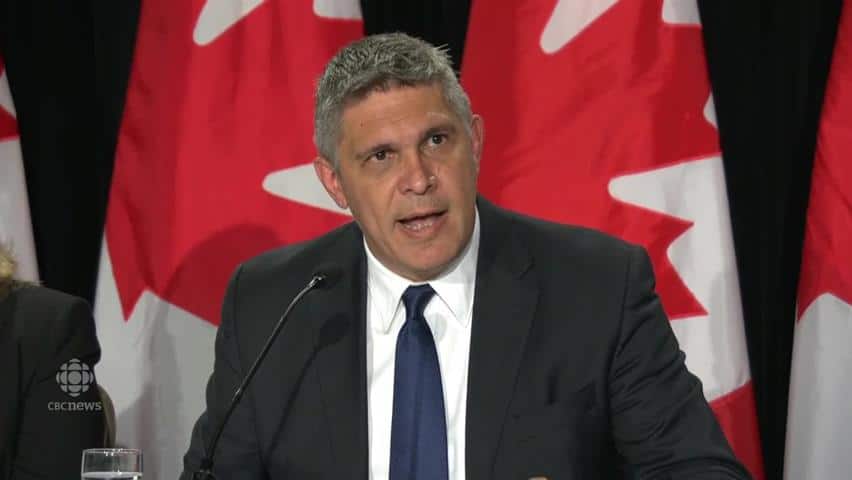 5 years agoVideo
1:34
The NDP details the costing behind its platform in Ottawa a day before party leaders debate the economy in Calgary. 1:34

Leading the polls by a razor-thin margin, the New Democratic Party is promising four years of balanced budgets in a bid to reassure voters that the party is throwing off its socialist past.

The NDP released a broad overview of the costs of its campaign platform in a budget-style briefing for reporters in Ottawa Wednesday, presented by former Saskatchewan finance minister Andrew Thomson and a number of other high-profile NDP candidates.

The plan claims that costly promises such as its signature plan for subsidised daycare will be paid for by an increase in corporate taxes to 17 per cent from 15 per cent, which the party says is still below the G7 average. That increase, it says, will increase revenues by $3.7 billion annually.

In addition, the NDP will eliminate the Conservative income-splitting plan and roll back the increase of tax-free savings account allowances. Combined, those rollbacks would increase revenues by about $2 billion annually.

The NDP would also eliminate what it calls "tax loopholes" such as breaks on stock options available to CEOs. Together, the NDP claims that its measures would add more than $7 billion to federal revenues each year.

At the same time, a New Democratic government would add more than $5 billion a year in new spending, with $3 billion of that going to infrastructure. Even so, the party claims that the budget would show a "modest surplus" of between $3 billion and $4 billion in each of the four years of an NDP mandate.

Skip ScribbleMoney from each surplus would be used for increased investments in infrastructure, health-care programs and debt reduction, Thomson said.

"The NDP plan is based on long-term thinking that will strengthen the middle class today and into the future," said NDP candidate Peggy Nash, who joined Thomson on stage.

Nash added that Conservative Leader Stephen Harper "is hitting the snooze button" on the economy, while the Liberals under Justin Trudeau are "hitting the panic button" in their respective visions for the country's future.

The figures also include money to reverse the Conservatives` plan to gradually slow the rate of increases in federal health-care transfers that would mean as much as $36 billion less for the provinces over the next decade.

Thomson and Nash, however, would not say whether any contingencies would be put on the transfers, but rather that "there will be negotiations" with the provinces.

The NDP's brochure describing the plan does not include a carbon tax or a cap-and-trade system to deal with carbon emissions. However, party officials say that "we just haven't announced everything yet," adding that any cap-and-trade scheme to be announced later would be "revenue neutral" and would therefore not change the overall numbers.

The party will release a fully costed campaign platform sometime in early October.

The New Democrats conceded, however, that in order to balance the books for the next four years, an NDP government would not be able to take immediate action toward reaching the party's pledge to commit 0.7 per cent of Canada's GDP on development aid  — a figure requested by the United Nations for all developed economies.

The NDP, which has been highly critical of the Conservatives' unwillingness to meet the goal and consistently raised the issue in question period, insisted on Wednesday that the target was always a multi-year process.

How the NDP says it will balance budget for four years. <a href="http://t.co/XhTILCVYiV">pic.twitter.com/XhTILCVYiV</a>

"There will not be an ability for us to accommodate the move to the full 0.7 per cent," said Thomson, who is billed as a star candidate who cut taxes in his home province and is now running against Conservative Finance Minister Joe Oliver in a key Toronto riding.

"Obviously we need to work within the context of the current fiscal environment."

There was also no mention of new money for Canada Post. Mulcair has previously pledged to eliminate Canada Post's plan to end door-to-door mail delivery, a service it says it can no longer afford amid declining revenues.

Traditionally left-of-centre but now competing with the Liberals for middle-of-the-road voters, the NDP under Tom Mulcair has moved steadily to the political centre, leaving Trudeau's Liberals as the only party pledging to run consecutive deficits to stimulate the economy.

The NDP released the fiscal plan after weeks of intensifying pressure from political rivals to account for how it would pay for its growing tally of expensive campaign commitments.

The Conservatives and Liberals have said a New Democratic government could only balance its books by abandoning most of its spending promises or by raising taxes on the middle class.

In a statement Wednesday, the Conservatives blasted the NDP costing plan, saying it would force massive new tax hikes on Canadian job creators and destroy at least 250,000 jobs, citing the Canadian Federation of Small Business and economist Jack Mintz.

"These tax hikes will have a devastating effect on our economy," the statement said.

Speaking after the NDP announcement, Liberal candidate and former finance minister John McCallum said the costing plan models itself after the Conservatives' April budget and backs away from Mulcair's main promises in the campaign so far, including child care and public transit. 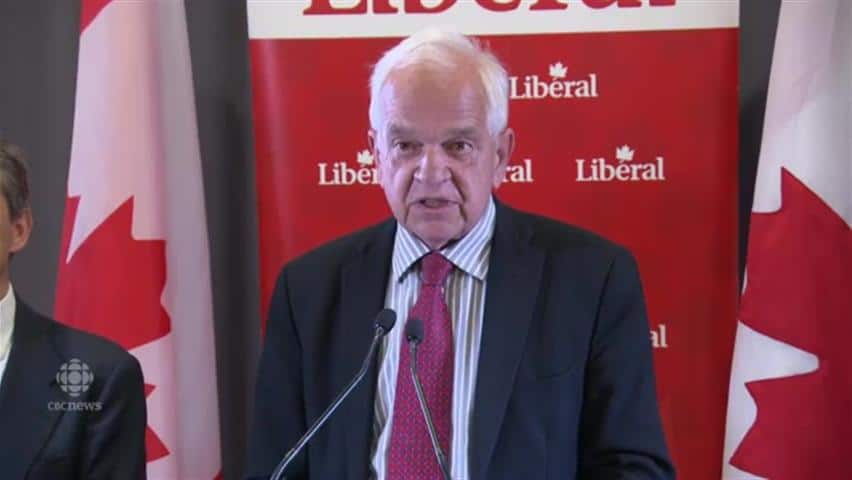 "Mulcair has led Canadians to believe that help is on the way immediately; in fact NDP promises are backloaded — that used to be a Conservative trick ... delayed for many years and significantly underfunded."

Debate on the economy

The figures the NDP presented this afternoon are expected to be a primary focus of Thursday's economy-themed debate in Calgary. Mulcair has called on Conservative Leader Stephen Harper and Trudeau to release their own fiscal plans before the debate.

Late last month, the Tories and Liberals held separate press conferences to attack what they called a multibillion-dollar gap in NDP promises. The Grits put the number at $28 billion over four years, while the Conservatives said there would be an $8-billion gap for just the first year of an NDP government.