Reporters were heckled at a Conservative campaign event in Welland, Ont., when they tried to ask Stephen Harper about his response to the Syrian refugee crisis. 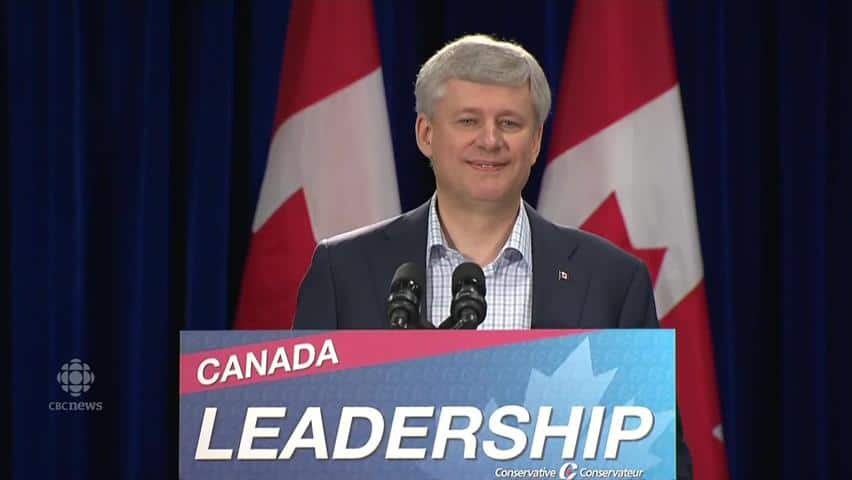 5 years ago
1:55
A heckler interrupts Harper to chide reporters for asking about Syrian refugees 1:55

The atmosphere turned sour at a Conservative Party event in Welland, Ont., when reporters asked Stephen Harper about Syrian refugees.

Harper was asked by reporters to further explain his security concerns about refugees, as well as how he would speed up the process of bringing Syrians to Canada.

Journalists began to shout at Harper, asking for specifics. He didn't offer any, but the crowd was obviously displeased.

When a third reporter said she was following up on the refugee story as well, the crowd began to groan in frustration at the media.

One supporter shouted at journalists. "How many kids drowned in pools in Canada since last summer? Do you blame the government for that?"

Harper interjected to try to encourage the reporter to continue with her question.

The reporter proceeded to ask Harper once again about his security concerns.

"We will help refugees. We will also protect Canadians on security and we are committed to doing both of these things."

Reporters continued to shout "How?" but the questions were ignored.

The event was held near the riding of Niagara Falls, held by Conservative candidate Rob Nicholson. Nicholson, who served most recently as foreign affairs minister, was at the event to introduce Harper to the crowd of roughly 150 supporters. 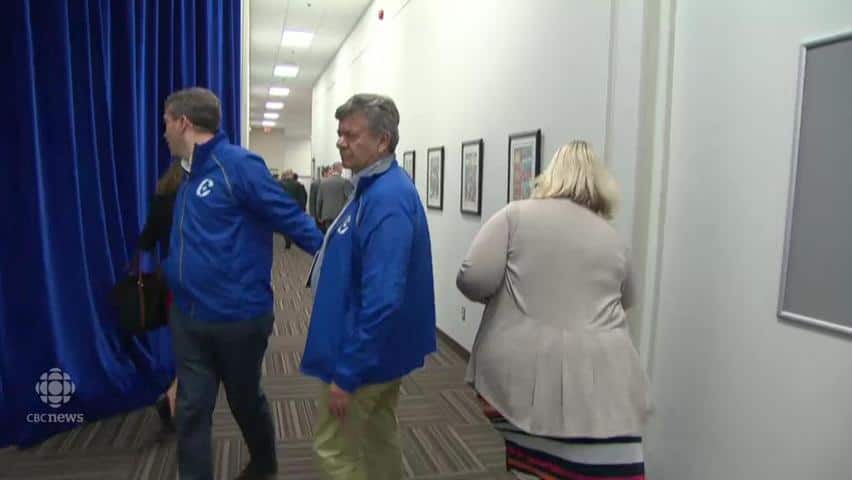 After Harper's remarks, reporters attempted to speak to Nicholson about the situation in Syria and the refugee issue, but Nicholson walked away and reporters were prevented from following him by Conservative staff.

Harper also raised the issue of refugees in his nightly speech to supporters at an event in Kitchener.

He told supporters he has been making announcements about the issue of refugee resettlement long before it was in the headlines.

Harper also accused his rivals of offering a false choice.

"The opposition says we have to choose between bringing more refugees and having proper screening for applications."
Harper said, while adding his party was doing both. 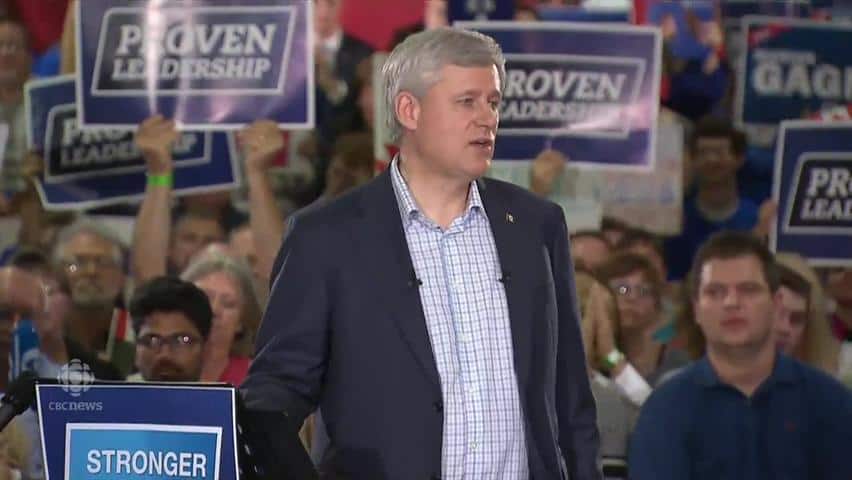 Stephen Harper tells his supporters that you can bring refugees to Canada and while screening them for security.

5 years ago
1:57
Harper was speaking to supporters at a evening rally in Kitchener, Ontario. 1:57
CBC's Journalistic Standards and Practices|About CBC News