Conservative Leader Stephen Harper "should be embarrassed" to be campaigning alongside Rob and Doug Ford in the waning days of the election campaign, Liberal Leader Justin Trudeau said Thursday. 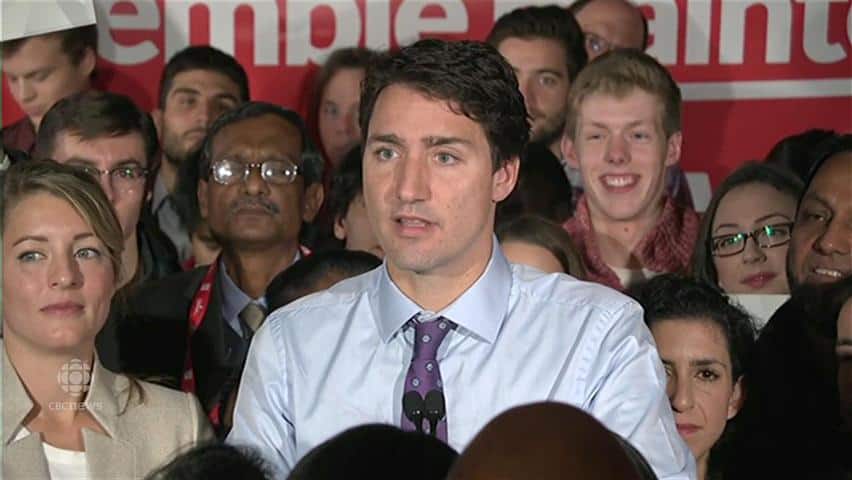 5 years ago
0:57
Trudeau says the Ford brothers 'misogyny' and 'drug problems' should have no place in a national campaign 0:57

Conservative Leader Stephen Harper "should be embarrassed" to be campaigning alongside Rob and Doug Ford in the waning days of the election race, Liberal Leader Justin Trudeau said Thursday.

Trudeau made the comments when asked by a reporter at a Quebec campaign rally what he thinks of Harper's association with the Fords.

The Fords attended a Conservative rally in Toronto on Tuesday at which Harper spoke, and the brothers are co-hosting a Conservative party event in Etobicoke on Saturday.

"Stephen Harper should be embarrassed that he is having to count on the support of Rob Ford for his re-election," Trudeau said to applause from supporters.

"There's a lot of people talking in the news these days about the hypocrisy of the Fords and their drug problems and Mr. Harper and his positions on that. But that's not really the issue, as serious as it is, that strikes me most. What bothers me most is the misogyny. The Ford brothers should have no place on a national campaign stage, much less hosting a prime minister at an event this weekend. That's just completely irresponsible of the prime minister."

When he was mayor of Toronto, Rob Ford avoided reporters' questions about his purported drug use for months before finally admitting that he smoked crack cocaine.

He was also forced to publicly apologize for a comment he made during a media scrum about his sex life with his wife, Renata, and had to address lewd comments he made about wanting to have sex with then-fellow councillor Karen Stintz.

Meanwhile, Doug Ford has denied reports that he sold drugs while in high school.

Also this week, excerpts published from a book by former Ford aide Mark Towhey that offers first-hand accounts of Rob Ford's out-of-control behaviour during the height of his admitted drug use have brought the Ford story back into the spotlight.

Asked about the Conservative rally during a campaign stop Thursday in Trois-Rivières, Que., Harper said it was an opportunity to bring together like-minded Canadians.

"We are bringing together all Canadians who want to fight for an agenda of low taxes and balanced budgets to keep our party and our country moving forward." 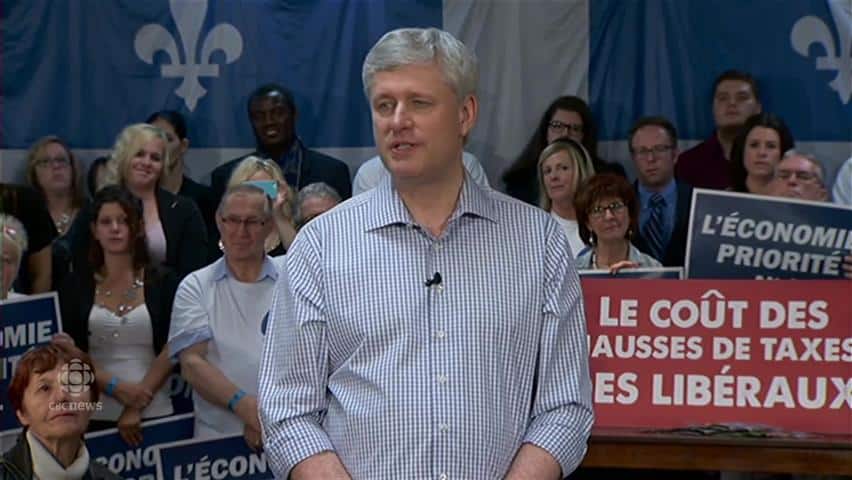 5 years ago
0:43
Harper says the rally planned for Saturday in Toronto is about supporting low taxes and balanced budgets 0:43

It's the second day of questions on the topic for Harper. On Wednesday, he was asked by reporters how the behaviour of the Ford brothers squares with his tough-on-crime campaign messaging and his criticism of his opponents' positions on legalizing marijuana.

"I think our position on these issues is very well known, and the support we've had from those individuals for our party is longstanding," Harper answered, without using the Ford name.