A series of power plays centred on the federal leaders' debates has left one organizer calling for an independent debates commission to avoid the same kind of confusion in future elections.

A series of power plays centred on the federal leaders' debates has left one organizer calling for an independent debates commission to avoid the same kind of confusion in future elections.

Rudyard Griffiths, the organizer of the Munk Debates, says the machinations of the federal political parties have left him longing for the previous era of the broadcast consortium, in which a group of media networks together negotiated the terms of the debates with the parties.

"It almost makes me nostalgic, I can't believe I'm going to say this, for the consortium. Because now we're in the kind of hot seat now having to negotiate with three different parties," Griffiths said in an interview with Rosemary Barton, host of CBC News Network's Power & Politics. 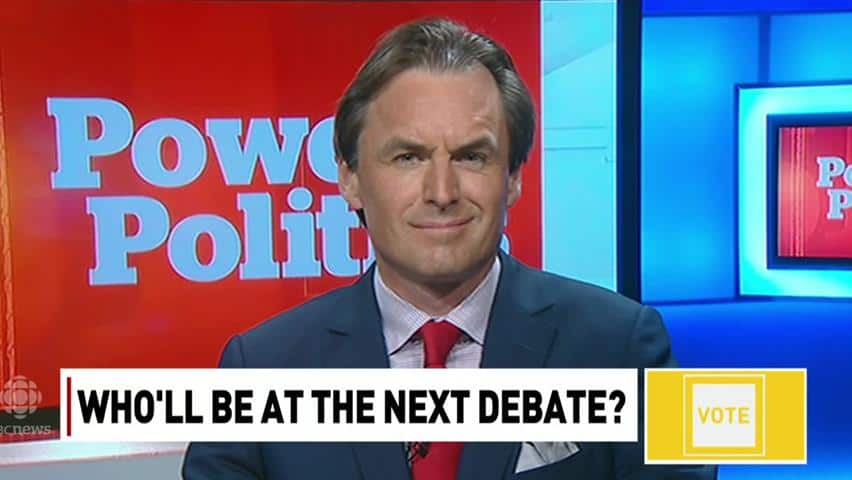 Who'll be at the next debate?

NDP Leader Tom Mulcair had seemed to agree to the English-language debate proposals by the Munk Debates, the Globe and Mail, and the broadcast consortium, but at the end of July announced he was reconsidering because he wanted Conservative Leader Stephen Harper to be there. He also said he wanted an equal number of English- and French-language debates.

The Conservatives turned down the consortium invitation last May, arguing they wanted a wider range of debates.

That decision seems to have kicked off weeks of moves and counter-moves among the parties that left open the question of which other debates could have full participation, before a flurry of press releases and tweets finally brought some clarity late Tuesday.

The result: the Globe and Mail debate and a bilingual Munk Debates event have been accepted by all three main parties, along with a second French-language debate hosted by Radio-Canada with Canada's other major broadcasters, bringing the total number of debates to five.

The Conservatives had agreed to the Munk Debates and a Globe and Mail debate, as well as last week's debate hosted by Maclean's magazine, in which Harper, Mulcair, Liberal Leader Justin Trudeau and Green Party Leader Elizabeth May took part.

But the NDP's announcement last month threw the other English-language debates into question.

The NDP had promised to announce by Monday in which debates Mulcair would participate, but missed that deadline by a day, announcing only one additional debate on Tuesday. The party initially said nothing about the proposals by the Globe and Mail, for a Sept. 17 debate in Calgary on the economy, or by the broadcast consortium. 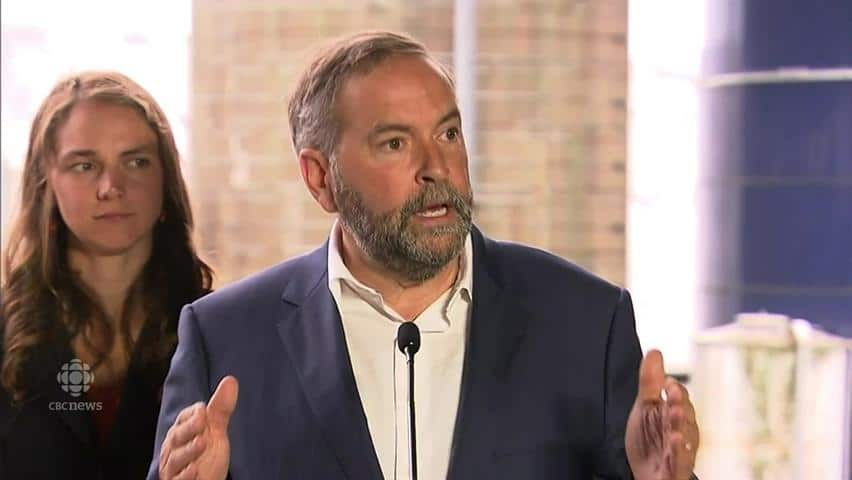 Tom Mulcair says he's in for another English debate.

5 years agoVideo
0:52
Mulcair says he is willing to participate in the Munk Debate in Toronto. 0:52

The NDP's apparent backtracking led to more confusion: even after Mulcair reconfirmed one additional debate, the newly bilingual Munk Debates on foreign policy, it turned out the Liberals still hadn't confirmed and the Conservatives couldn't immediately say whether they would maintain their commitment to the new format.

Earlier Tuesday, a Liberal spokeswoman told CBC News that Liberal Leader Justin Trudeau was still in talks about the Munk Debates, while Trudeau's principal adviser, Gerald Butts, had said on Twitter that Trudeau would participate.

As of 5:30 p.m. ET Tuesday, Griffiths told Power & Politics that he would have to go back to the Conservatives with the modified proposal, and that he hadn't heard from the Liberals. Minutes later, the Liberals announced they would participate, but said they hoped May would be invited too.

"Let's all hope we've all kind of learned our lesson that this ad hoc manner has been something less than completely productive," Griffiths said.

Canadians will end up with some good debates, he said, but "it's been a lot of herding cats on everybody's part."

"We need a national debates commission. Something that is independent, something that has legitimacy, and something that sets the rules months in advance of the election so that no one party is making its decisions and calculations through what its poll numbers are on drop of the writ, day plus one, day plus two, day plus three."

Griffiths said a "lengthy negotiation" remains before a signed agreement is reached with all of the parties, and that he hopes to have that wrapped up by the end of the month so his organization can start the actual organizing for the debate.

"Political parties do a lot of things really well. I don't think one of them is agreeing on the rules for national debates," he said.