The federal Conservative election campaign is facing yet another legal distraction today as the criminal trial of a former top aide to Prime Minister Stephen Harper begins.

It's another legal distraction for the federal Conservative election campaign 5 years ago
1:52
Bruce Carson, adviser to Stephen Harper, is in an Ottawa court today on a charge of influence peddling 1:52

The federal Conservative election campaign is facing yet another legal distraction today with the criminal trial of a former top aide to Prime Minister Stephen Harper.

Bruce Carson has formally pleaded not guilty to an influence peddling charge in connection with the proposed sale of
water purification systems to First Nations communities.

The court was told Carson testified in preliminary evidence he was merely trying to help when he offered to assist an
Ottawa-based company, H2O Water Professionals, in getting meetings in 2010 and 2011 with government officials.

​The former senior adviser to Harper is also accused of three counts of illegal lobbying, charges which are expected to be dealt with at a later date, likely early next year.

Carson offered no comment to reporters on his way into the Ottawa courthouse Monday. 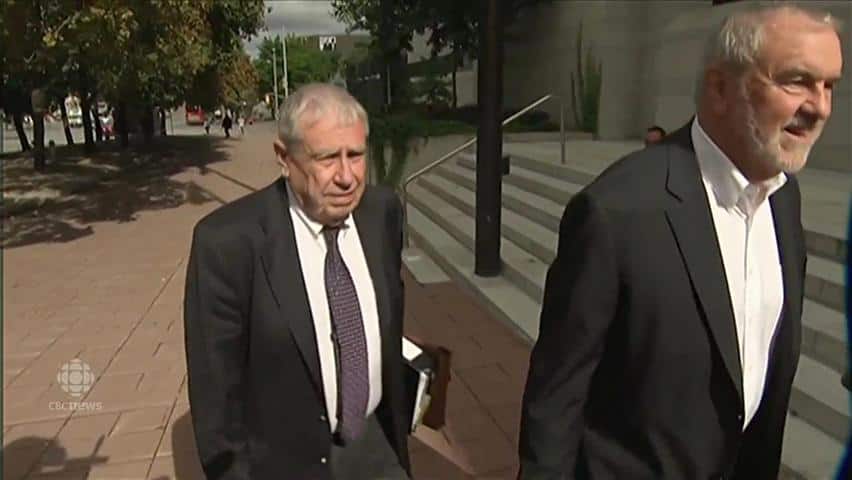 5 years ago
0:35
Bruce Carson, a former senior advisor to Prime Minister Stephen Harper arrives at the Ottawa court for his trial on influence peddling. 0:35

The Carson case follows on the heels of the trial of Senator Mike Duffy, which forced the Tories off of their campaign message over a two-week period in August.

It's the latest in a string of accusations that have been aired against Conservatives and Harper appointees, including the jailing of Harper's former parliamentary secretary Dean Del Mastro for election fraud. Del Mastro is appealing his conviction.

In Carson's case, the Tories have pointed out the allegations against him came to light after he had left the Prime Minister's Office.

Carson has denied doing anything illegal and has pleaded not guilty to all charges. None of the allegations against him have been proven in court.

His lawyer, Patrick McCann, says the trial, which was previously delayed as Carson dealt with some personal health issues, has been trimmed to a single day, down from an originally planned six days, under an agreement with the Crown to base it on transcripts of witness testimony already obtained at a preliminary hearing.

Those transcripts are in the hands of the judge, said McCann, who predicted the case won't draw the same kind of media attention that was attracted by the Duffy trial.

"I suspect it won't be quite as large (a media presence)," said McCann.

"I'm sure there'll be a few cameras around."

The influence peddling charge against Carson is related to his work with a company that employed his girlfriend, which was hoping to sell water purification equipment to First Nation communities.

He is alleged to have directed that 20 per cent of any revenue gained through the sale of the water-filtration systems go to his then-fiancee, Michele McPherson. It was Harper's office that first called in the RCMP after the Aboriginal Peoples Television Network reported that Carson had allegedly been lobbying Aboriginal Affairs and Northern Development Canada and the then-minister's office on behalf of the now-bankrupt Ottawa-based H2O Water Professionals (H2O Pros).

Revelations that subsequently emerged about Carson, including his criminal record and disbarment by the Law Society of Upper Canada — which he disclosed when he was hired by the Prime Minister's Office — prompted opposition questions about whether the PMO was conducting adequate security screening of its staff.

Carson had worked in politics for decades and was one of the more experienced hands in Harper's government when it came to power in 2006. Carson had also worked for Harper as his policy and research director when the Conservatives were in opposition.

Speaking to reporters on Monday morning, Liberal Leader Justin Trudeau said the court proceedings would "underscore yet again that Mr. Harper has had very poor judgment about the people he gathers around him." 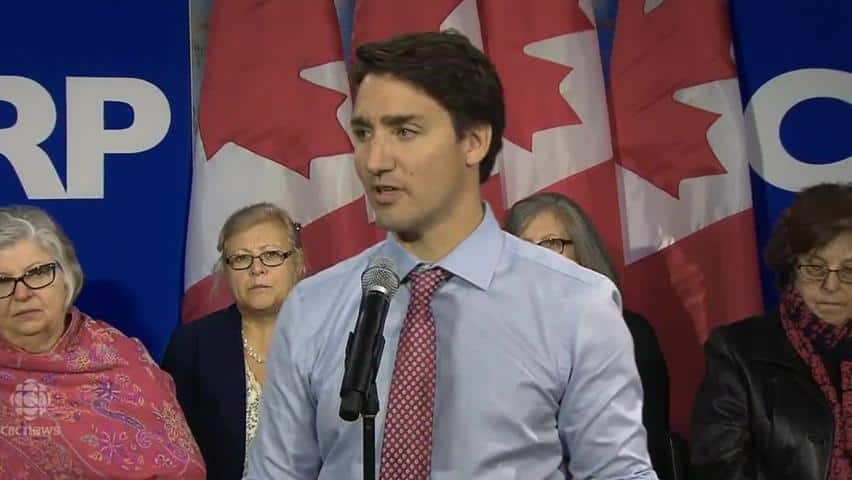 5 years ago
0:50
Liberal Leader Justin Trudeau says that the influence peddling trial of Bruce Carson, a former senior advisor to Stephen Harper, is yet another example of Harper's poor judgement. 0:50

Trudeau lumped Carson in with senators Pamela Wallin and Duffy, who were dumped by the Conservatives over their expense claims, and former MP Del Mastro, who was found guilty of 2008 Elections Act violations.

"Mr. Harper hasn't been very good at choosing the kind of people who need to serve Canadians with integrity and ability."