Police officers have made nearly 2,200 home visits to make sure Canadians are complying with the self-isolation rule when they cross back into the country, but Prime Minister Justin Trudeau is hinting that Canada could bring in tougher measures to slow the spread of the virus once the border finally reopens to non-essential travel.

'We know that we need to do more,' PM says when asked about travellers coming into Canada

Police officers have made nearly 2,200 home visits to make sure Canadians are complying with the self-isolation rule when they cross back into the country. Now, Prime Minister Justin Trudeau is hinting that Canada could bring in tougher measures to slow the spread of the virus once the border finally reopens to non-essential travel.

Canadians who cross back into the country now are required by law to self-isolate for 14 days, whether they have symptoms of COVID-19 or not. That order came into effect in late March as global cases of COVID-19 were climbing rapidly.

Anyone arriving in Canada by air or land must complete a contact tracing form (either on paper, online or via mobile app) to help the Public Health Agency of Canada (PHAC) enforce the 14-day quarantine requirement.

The health agency then flags the RCMP's national operations centre if it needs help enforcing the act. The RCMP has been playing a coordinating role with local police during the pandemic.

As of May 13, the Public Health Agency of Canada had passed on to the RCMP 2,198 referrals for "physical verification" of quarantine compliance — 705 in Ontario alone — said PHAC spokesperson Natalie Mohamed in an email to CBC News. Not all of the verification visits were conducted by RCMP; some were handed off to other police services.

PHAC says there have been no arrests under the Quarantine Act since the pandemic restrictions began — although one person in Richmond, B.C. was fined $1,000.

Failing to comply with the Quarantine Act can lead to a fine of up to $750,000 and/or imprisonment for six months. If someone is found to have jeopardized another person's life while wilfully or recklessly contravening the act, the penalties can be even greater: $1 million or three years in prison, or both.

A spokesperson for the RCMP said PHAC is only asking for police help in certain cases, after the health agency has run initial checks by phone, text or e-mail.

8 months agoVideo
1:02
Prime Minister Justin Trudeau hints that Canada could bring in tougher self-isolation measures to slow the spread of the virus once the border finally reopens to non-essential travel. 1:02

The federal government first introduced the 14-day quarantine rule through the Quarantine Act order on March 25 — and later expanded the order by saying that anyone returning home from abroad without a credible self-isolation plan would be forced to stay at a designated quarantine facility, such as a hotel.

For now, travel into Canada from abroad remains limited, but already questions are mounting about next steps.

Hong Kong, for example, has taken the step of making arrivals wear tracking bands during their two-week isolation.

When asked today whether Canada is looking at monitoring tools, Trudeau said conversations are ongoing with the premiers.

"We need to make sure that we have the measures in place to be able to ensure that new cases aren't arriving and spreading through the general population," he said during his daily news briefing.

"We're in discussion with the provinces and territories to ensure that we do have the capacities to do that as we look towards economic reopening. Those conversations are ongoing."

The government has bought itself more time to deal with the issue.

On Tuesday, Trudeau announced that Canada and the U.S. had arrived at a deal to extend the restrictions on non-essential travel across the Canada-U.S. border for another 30 days.

Both countries reached an agreement in March to temporarily close the border to non-essential travel — meaning no recreational visits — while keeping it open to commercial traffic and essential workers who cross for work.

"These are ongoing questions. We've given ourselves another month before we have to have the right answers to those questions on non-essential travel," he told reporters Tuesday.

"But even now, we know that we need to do more to ensure that travellers who are coming back from overseas or from the United States ... are properly followed up on, are properly isolated and don't become further vectors for the spread of COVID-19." 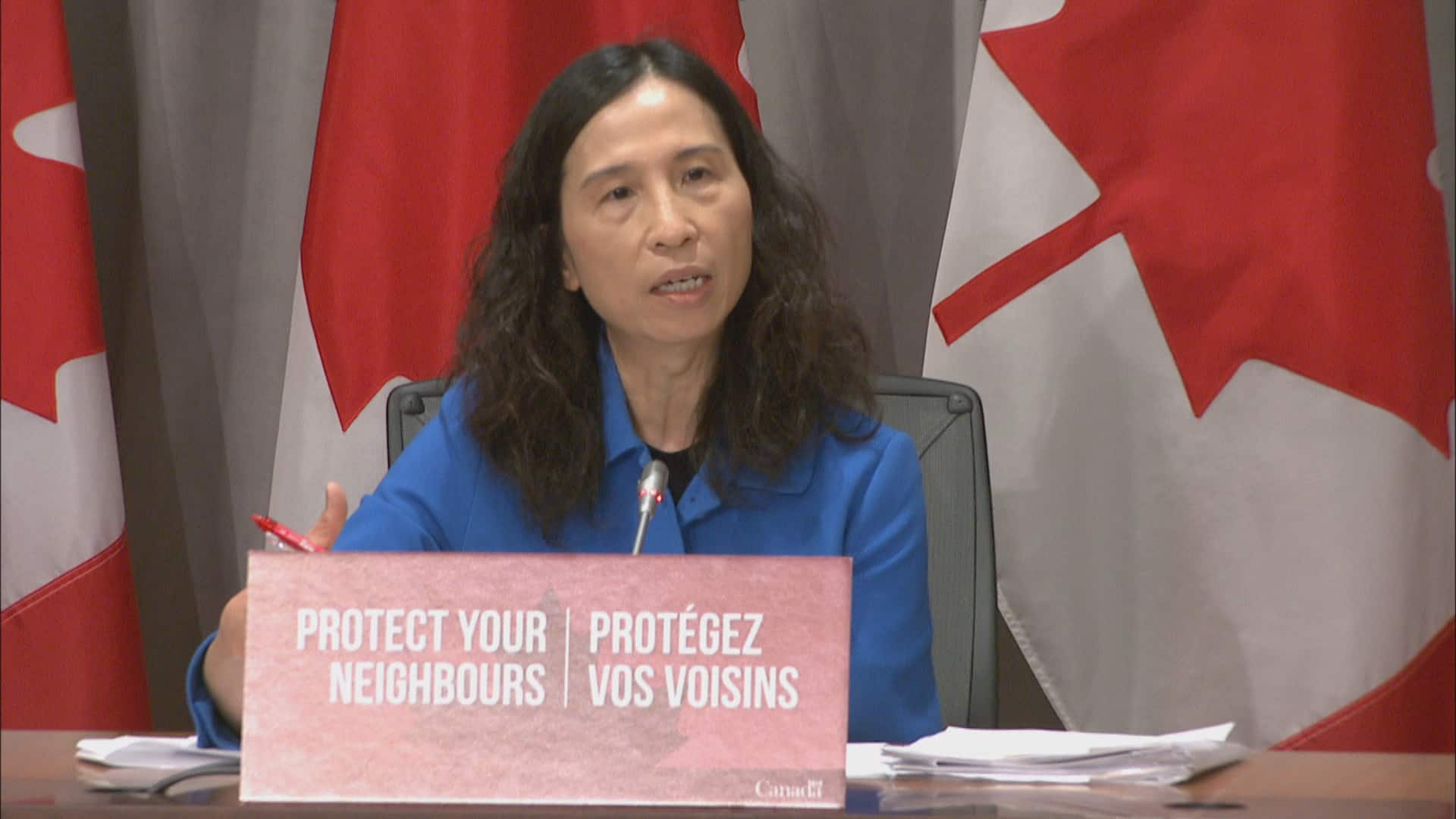 Conservative MP Pierre Paul-Hus, the party's critic for public safety and border security, said the government needs to offer a plan for easing border restrictions and explain the benchmarks it's using to guide its actions.

"It was the Trudeau government's failure to close our borders that allowed the virus to spread in the first place. It is incumbent on the Trudeau government to explain how they plan to ensure that travellers who are coming back to Canada are not spreading COVID-19," he said in a statement.

"Unfortunately, right now the Trudeau government is telling Canadians to 'wait and see' without explaining what metrics they are relying on to make decisions."

The NDP's public safety critic, Jack Harris, said public health officials need to be involved in deciding which measures are necessary at the border.

"We have concerns about the lack of consistency in the application of quarantine rules at the border," he said.

"As the pressure increases to open up the border with the Americans, people are going to be less and less comfortable unless there are better measures in place to ensure our communities are safe."

As of Tuesday evening, there were more than 4.8 million reported cases of the novel coronavirus worldwide. More than 1.5 million of those cases are in the U.S., according to a Johns Hopkins University tracking tool.

Outside of its deal with the U.S. administration, Canada closed off most international travel back in March with some caveats, including an exception for temporary foreign workers.

More than a million Canadian citizens and permanent residents returned home at the onset of the pandemic, when government officials began urging Canadians to avoid all international travel and come home as soon as possible.

A CBSA spokesperson didn't have an updated total, but the agency's weekly statistics show while there's been a dramatic drop in travel into Canada tens of thousands of people still cross by land and air every week.

During the week of May 11 to May 17, more than 127,000 people crossed at land borders — most of them truckers — according to the CBSA. That's an 88 per cent drop compared to the same time period a year ago.

And 14,536 individuals landed at Canada's international airports last week, said the CBSA — a drop of 98 per cent.