Trudeau says government will be 'very, very careful' about any easing of border restrictions

Prime Minister Justin Trudeau hinted today that Canada is in no rush to ease restrictions at the U.S. border to allow for non-essential travel.

Border deal with U.S. set to expire next week

Prime Minister Justin Trudeau hinted today that Canada is in no rush to ease travel restrictions at the U.S. border to allow for non-essential travel as the clock ticks down on the current agreement.

Both countries reached an agreement in March to temporarily close the border to non-essential travel — meaning no recreational visits — while keeping it open to commercial traffic and essential workers who cross for work. It was extended in April by 30 days and is set to expire on May 21.

Trudeau was asked repeatedly during his daily news briefing today whether the deal will be extended once again.

"We're going to be very, very careful about reopening any international travel, including in the United States, before we feel that it is time," he said.

"Preventing transmission from outside of Canada into Canada, once we have controlled the spread within Canada, will be an essential part of ensuring that we don't fall back into a second wave that could be as serious as this wave we're going through, or even more so."

"We all are focused right now on ensuring a flattening of the curve, decreasing of the cases of COVID-19, so that we can restart certain sectors of the economy," he said.

"Our priority needs to be keeping Canadians safe, and that is the spirit in which we have engaged in constant and constructive dialogue with the Americans to talk about shared interests, including the border. And I have no doubt we will have more to say in the coming days on how we continue to move forward in a way that keeps Canadians safe."

Fauci warns of dangers if U.S. reopens too fast

Trudeau's comments come as Dr. Anthony Fauci, director of the United States' National Institute of Allergy and Infectious Diseases, appeared before a U.S. Senate panel to testify against reopening state economies too quickly.

"If some areas, cities, states or what have you jump over those various checkpoints and prematurely open up without having the capability of being able to respond effectively and efficiently, my concern is that we will start to see little spikes that might turn into outbreaks," Fauci said. "The consequences could be really serious."

8 months agoVideo
2:11
Prime Minister Justin Trudeau hinted that Canada is in no rush to ease restrictions at the U.S. border to allow for non-essential travel.  2:11

His appearance before Congress comes as protests have erupted in some states demanding that pandemic restrictions be lifted in order to allow businesses to reopen. President Donald Trump has been encouraging states to end a weeks-long shutdown of major components of their economies.

So far, the novel coronavirus has killed more than 80,000 people in the United States.

"Let me just emphasize to the honourable member — on a couple of occasions, he has implied that a loosening of the current restrictions is being discussed ... Let me be clear — that is his assertion. I have not said that," she responded.

"We are on very close conversation with the Americans about next steps ... we're taking a cautious approach."

Yesterday Freeland said traffic is bound to increase across the Canada-U.S. border as states and provinces begin to reopen.

She said conversations with the Trump administration about when to ease the border restrictions are ongoing.

WATCH: Freeland questioned on whether U.S. border will remain closed: 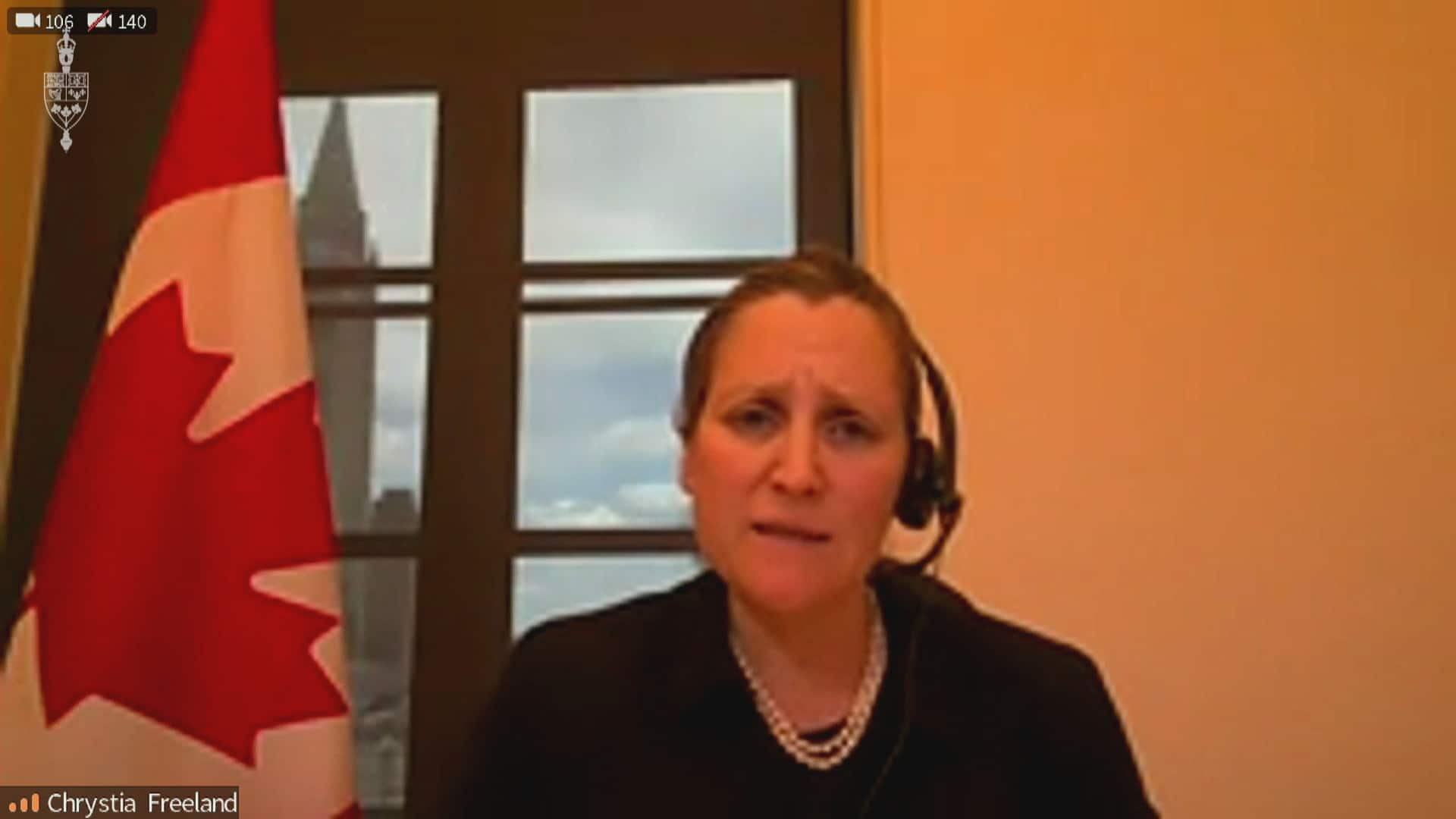 Freeland questioned on whether U.S. border will remain closed

"Inevitably, as our economies start to open up ... even absent a single change in Canada's border restrictions, we will see more travel across the border. We'll see more Canadians choosing to go back and forth, and we'll see more business activity, which will mean more essential travel," Freeland said during a Monday briefing.

"That does mean that the federal government will need to do even more at all of our borders to keep Canadians safe and well, and that is something that we are working on right now, and we're very focused on."

"I do not want those borders open," Ford said Friday, adding that screening at airports and border crossings will need to increase "tenfold" once the restrictions are lifted.

The Canada Border Services Agency says that between March 22 and May 3, their officers denied 2,951 foreign nationals entry into Canada from the U.S. according to the terms of the agreement.

About 88 per cent of those travellers were U.S. citizens — and the number one reason they were denied entry was that  their stated reasons for travel were linked to tourism and sightseeing. 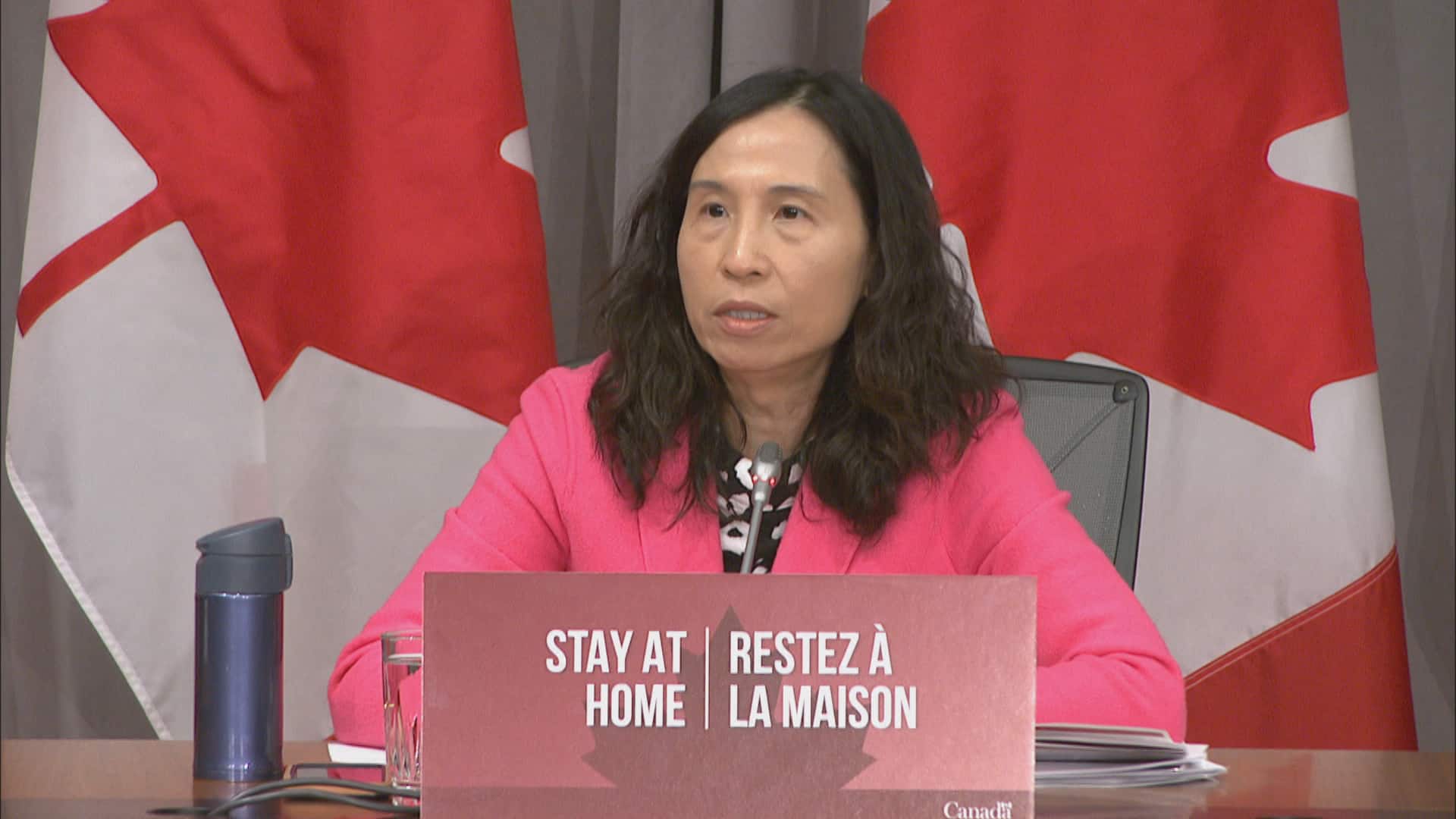 With files from Reuters and the Canadian Press