After what seems like the first shot of a trade war, the first casualty of the U.S. Commerce Department's ruling against Bombardier could be the Canadian military's purchase of Super Hornet jet fighters.

After what seems like the first shot of a trade war, the first casualty of the U.S. Commerce Department's ruling against Bombardier could be the Canadian military's purchase of Super Hornet jet fighters.

As expected, trade investigators in Washington sided with Boeing, the Chicago-based commercial and defence giant in its fight against Bombardier of Montreal, which has been accused of selling its CSeries passenger jets at below-market cost.

The U.S. plans to impose an import tariff of 219.6 per cent, which would effectively triple the cost of Bombardier jets.

"I think there's going to be a lot of angry people in a lot of countries," said Baskin.

"I don't think anybody suggested the plane was sold at two-thirds off list [price]," he said.

Since the spring, Boeing has argued that Bombardier was heavily subsidized by the federal and Quebec governments in a manner that allowed it to sell unfairly at below-market prices.

There are still more regulatory hurdles before the decision is finalized. The Trudeau government chose to accentuate that point late Tuesday, saying the U.S. Commerce Department's investigation is still at the preliminary stage.

"This is an unjust, punitive ruling," she said before a working dinner with her U.S. and Mexican trade negotiating partners, who are in Ottawa for the latest round of the North America Free Trade Agreement renegotiation talks.

The Liberal government has been clear that this case "very much has a bearing" on the decision to buy the warplanes, said Freeland.

"The government of Canada cannot treat, as a trusted partner, a company which is attacking our aerospace sector."

Speaking two weeks ago beside British Prime Minister Theresa May, Trudeau said the fighter deal is all but dead.

"We won't do business with a company that's busy trying to sue us and trying to put our aerospace workers out of business,'' he said.

The first casualty may be the fighter purchase, but Baskin said he believes that Bombardier's contract with Delta will have to be cancelled, because neither the airline nor the manufacturer will pay that enormous duty.

Even if the ruling is overturned on appeal before international trade watchdogs, he said, the timing of the ruling is horrible for Bombardier because of "its terrible balance sheet." 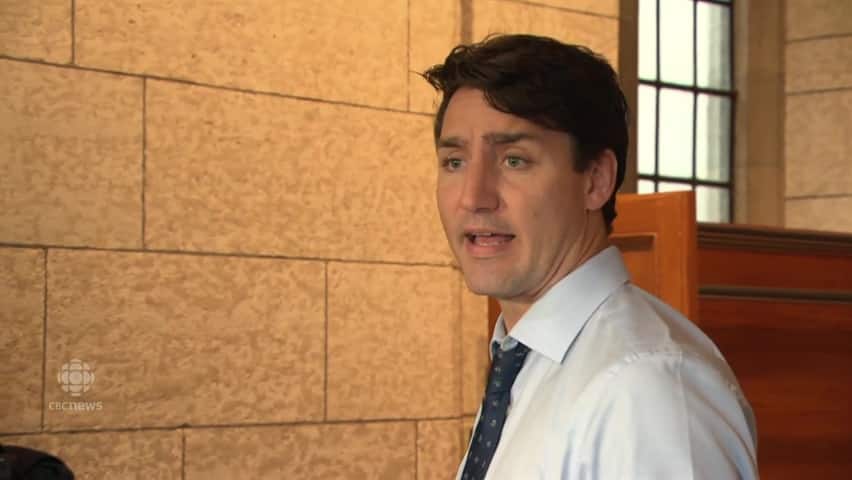 Trudeau 'disappointed' by U.S. decision to place duties on Bombardier

3 years agoVideo
0:12
Prime Minister Justin Trudeau said he's "disappointed" the U.S. Department of Commerce is imposing a 220% duty on Bombardier CSeries jets, and reiterated he will continue to defend to defend the thousands of jobs in the Canadian aerospace industry. 0:12

But the military could also be left in a long-term lurch.

The Liberals insisted they needed to buy 18 Super Hornets on an urgent basis to cover a gap in the country's ability to field fighters for Norad and NATO at the same time.

The next best option would be to buy used FA-18s from another country until a competition to replace the entire fleet of Canadian CF-18s is launched.

During the election campaign, however, Trudeau ruled out buying the Lockheed F-35 stealth fighter, and the bruising political rhetoric surrounding Boeing suggests that company has also been ruled out.

"I can't see us going ahead with a competition that doesn't include the North American entrants," said Dave Perry, of the Canadian Global Affairs Institute.

"They've painted themselves into a corner, and they're going to have to make a choice about which one of these positions they back away from."

Beyond the stopgap purchase and full fleet competition, Perry said, there are other projects, such as plans to replace the air force's aerial refuelling jets and multi-mission aircraft, which could be affected by a trade war.

"I think the government needs to get past the way it's framing Boeing as not being a trusted partner," said Perry.

"There's also a number of other procurements that, if Boeing is not a competitor, the Canadian Armed Forces will suffer because of a lack of choice." 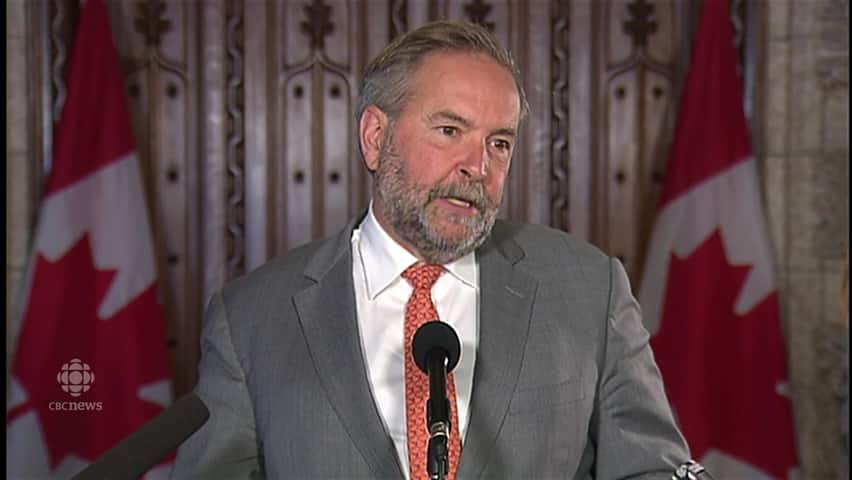 Mulcair says Boeing is a 'crybaby' and a 'bully'

3 years agoVideo
0:52
NDP Leader Tom Mulcair says the Trudeau government needs to stand up to the Trump administration and Boeing, a company Mulcair says is "being a real crybaby" and has "a history of bullying." 0:52

On Tuesday, the Conservatives criticized the Liberals for dragging the fighter jet purchase into the dispute.

"We think this was a poor decision from the get-go," said Opposition leader Andrew Scheer.

"It's up to the Liberal government to explain how — in any way — this helps create jobs in Canada, get the much-needed replacements for our men and women in the Armed Forces and protect our interests at NAFTA."

Baskin said the government's linkage of the fighter jet deal and the trade complaint has raised a number of important questions about defence procurement.

"I understand why the prime minister did what he did," he said. "I don't think it's helpful to the Canadian Forces, and it doesn't appear to have made any difference in the decision by the Commerce Department."