Canada’s ambassador to the United Nations says he’s called on the organization’s Human Rights Council to investigate whether China’s persecution of Uighurs in Xinjiang province should be considered an act of genocide. 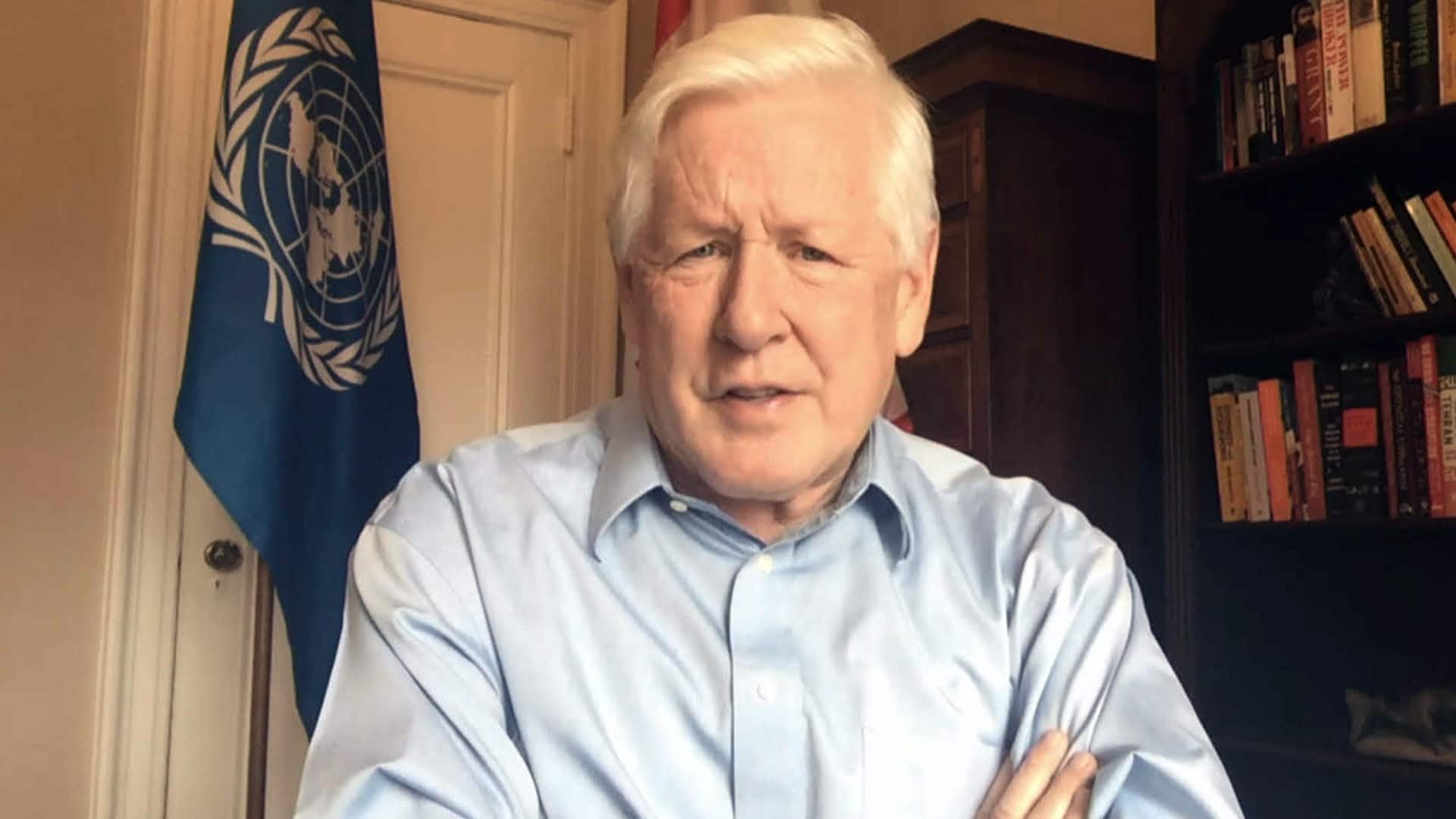 9 days agoVideo
10:03
Canada's ambassador to the United Nations says he's asked the international organization to gather evidence and investigate whether China's persecution of Uighurs in Xinjiang province constitutes a genocide. 10:03

Canada's ambassador to the United Nations says he's called on the organization's Human Rights Council to investigate whether China's persecution of Uighurs in Xinjiang province should be considered an act of genocide.

"There's no question that there's aspects of what the Chinese are doing that fits into the definition of genocide in the genocide convention," Bob Rae told CBC Chief Political Correspondent Rosemary Barton. "But that then requires you to go through a process of gathering information and of making sure that we've got the evidence that would support that kind of an allegation."

Last month, a House of Commons subcommittee tabled a report concluding that China's treatment of the mostly Muslim minority — including mass detentions in concentration camps, forced labour and population control measures such as forced sterilization — meets the definition of genocide.

The Chinese foreign ministry lashed out at the report's findings, calling it "full of lies and disinformation" and warned parliamentarians to "avoid doing any further damage to China-Canada relations."

Arif Virani, the parliamentary secretary to Canada's justice minister and attorney general, has told the Commons that "it is genocide that appears to be taking place today in China."

Foreign Affairs Minister François-Philippe Champagne previously said he is "deeply disturbed" by the committee's report, but did not say whether Ottawa would impose sanctions on Chinese officials responsible for mistreatment of Uighurs living in Xinjiang province.

"But as I've learned in my work on the Rohingya, there's a big difference between information and evidence. And what we have to do now is see how we can gather evidence in order to carry out further steps, according to the genocide convention," he said in an interview on Rosemary Barton Live.

He went on to suggest Canada's population growth rates better suit the definition of a country committing genocide.

"It seems that it is not the Uighurs who are persecuted but rather the people of Canada, am I right? You can see how ridiculous the ambassador's statement is," Zhao told a media briefing in Beijing.

"A piece of advice for him: do some homework before crafting a publicity stunt, so as not to make a fool of himself."

Canada joined 38 other United Nations member countries last month in calling on China "to allow immediate, meaningful and unfettered access to Xinjiang for independent observers," including the UN High Commissioner for Human Rights and her office.

"We are gravely concerned about the human rights situation in Xinjiang," read the joint declaration to the UN General Assembly's Third Committee. "We call on China to respect human rights, particularly the rights of persons belonging to religious and ethnic minorities."

A number of activist groups have already urged the agency's Human Rights Council to probe potential human rights violations and to implement commitments on genocide prevention.

Fate of detained Canadians in China

As for efforts to secure the release of detained Canadians Michael Kovrig and Michael Spavor, Rae said it's an issue many are seized with resolving.

"It's not simply about doing what we have to do with the UN to draw attention to it. It's also about doing the work in Beijing and in Washington and Ottawa and everywhere else to make sure that we can get these two people released."

Kovrig and Spavor were detained in China in December 2018, days after Huawei executive Meng Wanzhou was arrested in Vancouver at the request of U.S. authorities, who allege she violated U.S. sanctions on doing business with Iran.

During a meeting of the UN General Assembly last month, Rae had harsh words for his Chinese counterpart over comments that Canada was bullying China.

"When you say to a country of 35 million people that we are somehow bullying a nation of over a billion — one of the great superpowers of the world — and they have chosen to treat these two Canadian citizens in this way, this is something which we shall never forget," Rae said.

"If you think that insulting us or insulting my country or insulting anyone is going to help in resolving this situation, you are sadly mistaken," he added.

Reflecting on that meeting, Rae told Barton that he was attempting to make a case to other General Assembly members that the "practice of arbitrary detention...is frankly disgraceful."

Rae succeeded Marc-André Blanchard as Canada's Permanent Representative to the UN in New York in August, assuming the role during the final months of the U.S presidential election.

In an interview on Rosemary Barton Live last week, Foreign Affairs Minister François-Philippe Champagne said he hoped to work with president-elect Joe Biden and other leaders to "rebuild" relationships with multilateral organizations like the UN and the World Health Organization.

"I think there's going to be more engagement on the multilateral front...for example, on the environment," Rae said, citing Biden's promise to rejoin the Paris Agreement.

Rae said he also expects to see improved engagement on other issues, including tackling the COVID-19 pandemic and renewed support for the WHO.

"I think on a whole range of those fronts, things will be better. There's still lots of disruptive forces...but having one less is a good thing."