There are no women on the current series of polymer Canadian bank notes, but Liberal Finance Minister Bill Morneau says he open to adding "an iconic woman or women" on the money. 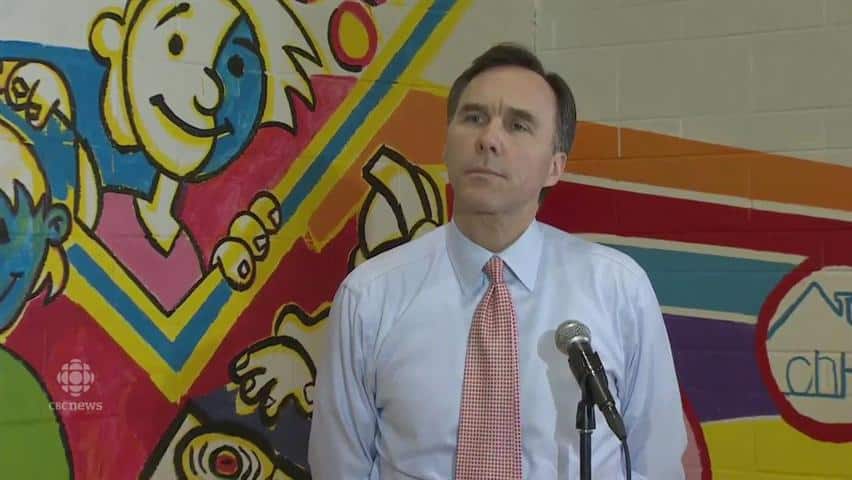 Finance Minister Bill Morneau says he is open to adding a famous woman or women to Canadian banknotes.

There are no Canadian women on the current series of polymer bank notes, but the Liberal government's finance minister says he supports adding a female face to the currency.

"The Bank of Canada regularly does consultations on the people and the pictures that are on our banknotes," Morneau said Wednesday while speaking to reporters in Toronto.

"I can say that I would be strongly supportive of a recommendation from the Bank of Canada to put an iconic woman or women on the banknote."

The current series of polymer banknotes, some of which have been in circulation since 2011, does feature the Queen's image on the $20 bill.

The previous series also included images of the Famous Five, who fought for women's rights in Canada, and Therese Casgrain, a Quebec feminist.

They were all replaced on the $50 note by an image of an Arctic icebreaker.

Stephen Poloz, the governor of the Bank of Canada, said in 2013 that he was open to the idea of returning women to the money, but said there will be no changes until the next major redesign.

"It is what it is today. We are engaged as you know, in thinking about the next series, which is a multi-year project, and we're open to all suggestions from all Canadians," Poloz said at the time.

A petition circulating online with some 65,000 signatures calls for the country's top banker to act now to correct that they call an injustice.

"It is unacceptable that female historical figures are not featured on the polymer series or another series — just male prime ministers and the Queen," part of the petition reads.

The removal of women from the money was done under the leadership of Mark Carney, the former governor of the Bank of Canada.

Ironically, the Bank of England, which Carney now heads, announced in 2013 that author Jane Austen would be on its £10 note.

Austen, author of classics like Pride and Prejudice, Sense and Sensibility and Emma, will replace biologist Charles Darwin on the £10 note when the switch rolls out in the coming months.