Whatever the reason, Morneau's exit was unnecessarily messy

Justin Trudeau might have been better off finding a new finance minister. But it is difficult to imagine how Finance Minister Bill Morneau’s exit could have gone any worse.

Minister said Monday was the 'right' time to quit. It's hard to imagine he had Aug. 17 circled on his calendar

Justin Trudeau might have been better off finding a new finance minister. But it is difficult to imagine how Bill Morneau's exit could have gone any worse.

There is some cruel irony in the fact that the political career of Bill Morneau, a man who was decidedly unenthusiastic about the theatrical aspects of politics, should come to an end amid great political intrigue and drama — the stuff of leaks and counter leaks, anonymous sources and a climactic private meeting on Monday with the prime minister.

"You know, when you take on a role like the finance minister you know that people are going to watch closely the role that you're playing and your actions and there's always gonna be a role for commentators to have a point of view," Morneau acknowledged on Monday night, speaking with his usual even-handed detachment.

"So this week was part of what it takes to be a minister of the Crown and you know I will look forward to watching politics from the outside and hopefully contributing in another way."

Morneau explained that when he met Trudeau on Monday he had tendered his resignation. He said he had never intended to contest more than two elections and now, with a long view of the difficult economic recovery ahead, was a good time to step aside for someone who could make a long-term commitment.

He said this was the "appropriate" and "right" time to take his leave. But it is hard to imagine that Morneau has had Aug. 17, 2020 circled on his calendar for months as the day he would walk away from the hallowed and powerful post of finance minister.

There were hints of emotion in his eyes as he delivered his prepared remarks —  particularly when he thanked his family —  but there were no flashes of anger or resentment. Of the aforementioned leaks, he was relatively serene. Of the purported disputes between himself and Trudeau, he defended the value of "vigorous debate" within government and suggested that the prime minister agreed with him about that. 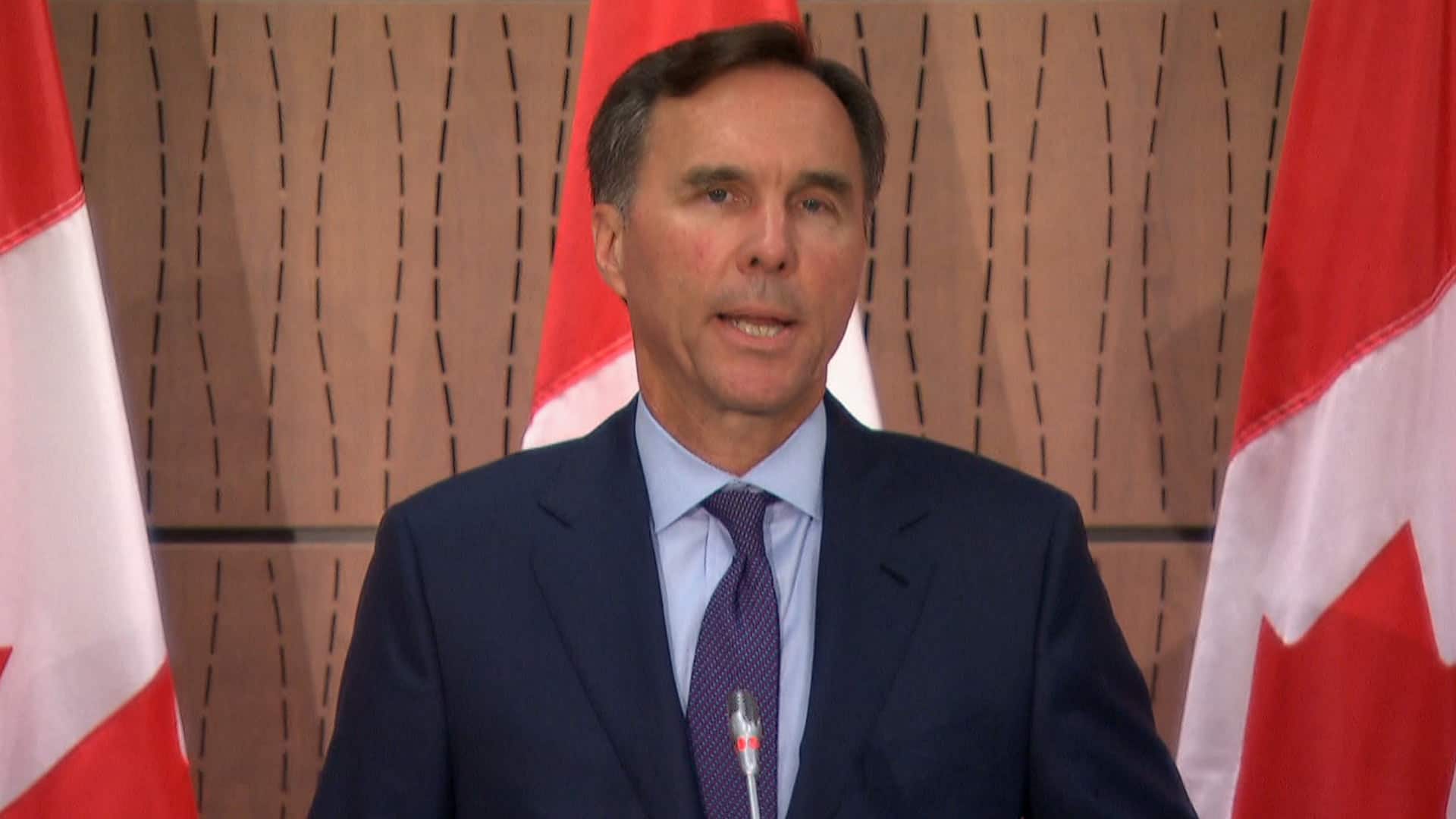 2 months ago
22:19
Bill Morneau, who has been Canada's finance minister for nearly five years, takes questions after announcing his resignation. 22:19

That has the ring of magnanimity, which might at least allow Morneau to leave feeling like he can hold his head high.

Trudeau would not have been without defensible reasons if he had decided this summer that he needed a new finance minister. Morneau's disclosure that he neglected to fully repay the cost of a trip with the WE charity might have seriously wounded the finance minister's credibility.

Whatever Morneau's other attributes, he is not a strong political performer and the agenda ahead might benefit from a more agile frontman or frontwoman. If there were serious differences of opinion during the spring, Trudeau could have justifiably concluded that he would be better off with a finance minister who was on the same wavelength.

But a prime minister looking to make a change in his cabinet need only ring Rideau Hall and arrange for the swearing-in of a new minister. In this case, nothing was done so discreetly.

First, "insiders" told the Globe and Mail that Morneau was on thin ice, in part because of "clashes" with the prime minister. Trudeau took the extraordinary step of expressing his full confidence in Morneau, but then, a few days later, Bloomberg published its own report of differences, including an anonymous claim that Morneau was too "orthodox" in his view of fiscal discipline. On Sunday, Reuters took a turn, with unnamed sources suggesting that Morneau was offside on the issue of a "green" recovery.

"This week was part of what it takes to be a minister of the crown," said <a href="https://twitter.com/Bill_Morneau?ref_src=twsrc%5Etfw">@Bill_Morneau</a> of the recent stories about a rift between him and the Prime Minister.<br><br>"I will look forward to watching politics from the outside and hopefully contributing in another way," said Morneau. <a href="https://t.co/h7fImIS1uH">pic.twitter.com/h7fImIS1uH</a>

Maybe Morneau was really planning on stepping aside, at least eventually. But it seems fairly plausible that those leaks, and the resulting tumult, sped up his decision significantly.

It is difficult to know exactly where these stories originated. It might be easy to imagine these whispers were part of an officially orchestrated campaign to push Morneau out, but it's not necessarily clear why the prime minister or his office would've needed or wanted to go to such lengths.

Whenever something interesting happens around Parliament Hill, it is tempting to imagine that the participants are playing three-dimensional chess — maybe the purported differences over policy were just a cover story for the fact that it's really about WE; maybe this is all meant to distract from Trudeau's own problems —  but that sometimes assumes a degree of cunning that is not otherwise in evidence.

Regardless, for the first time since Trudeau became prime minister in 2015, there were significant and sustained leaks pointing to purported problems with a particular minister. Even in the case of Jody Wilson-Raybould, the former justice minister, most of the leaking happened after she had resigned. And that, quite aside from WE and any particular issues with Morneau, could be a significant and damaging development unto itself.

"Liberals are more lethal to Liberals than are any competing partisans. Canadians have little patience for this stuff in the best of times, and these are not those," Gerald Butts, Trudeau's former advisor, tweeted on Monday, before it was clear that Morneau was heading for the exit. "Friendly advice to former colleagues: knock it off, unless you miss losing."

Replacing the finance minister in the midst of a historic economic and public health crisis would have been tricky no matter how and when it was done. But the Liberals found a way to make it even messier, and at a time when they were already not lacking for messes. Trudeau shouldn't have wanted such leaks to happen. If more backbiting follows, the problem will be compounded.

In the worst case, Trudeau might have just lost a minister he would've rather kept around for a while yet. Whatever his shortcomings, Morneau brought business credibility to the government as a former Bay Street executive — and he had gained experience in managing the demands of his fellow ministers.

Trudeau might now get a finance minister who is better suited to this moment. But he and his government will have suffered for how that happened. 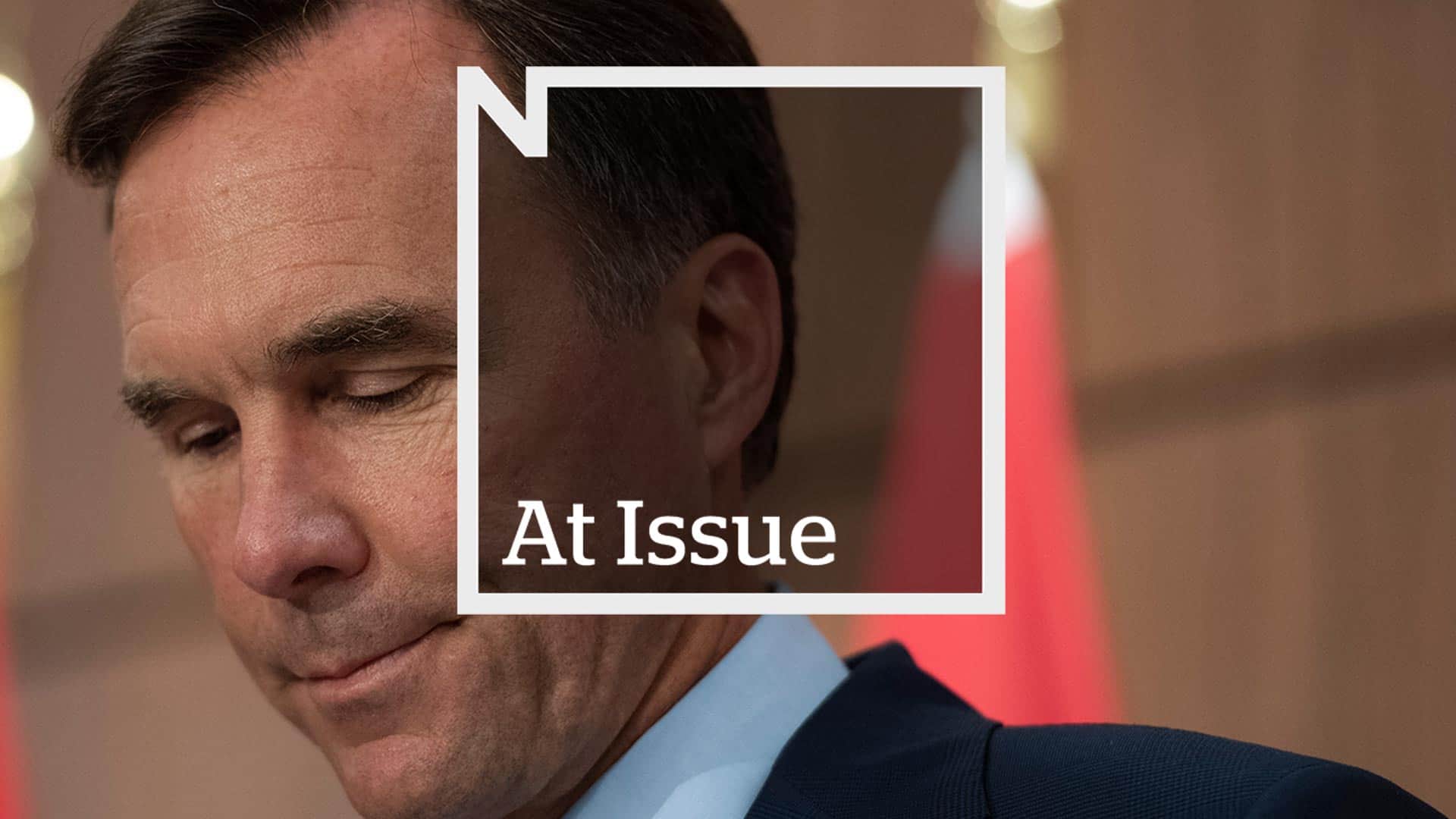 2 months ago
10:24
The At Issue panel discusses what may have been Bill Morneau’s breaking point that led to his resignation and weighs in on who might be in line to replace him. 10:24
CBC's Journalistic Standards and Practices|About CBC News