A proposed four-metre-deep basement to be dug under the Centre Block, home to the Peace Tower and the House of Commons, would cost more than $50 million in excavation alone, internal documents show. Public Works is assessing whether a big dig is worth the cost. 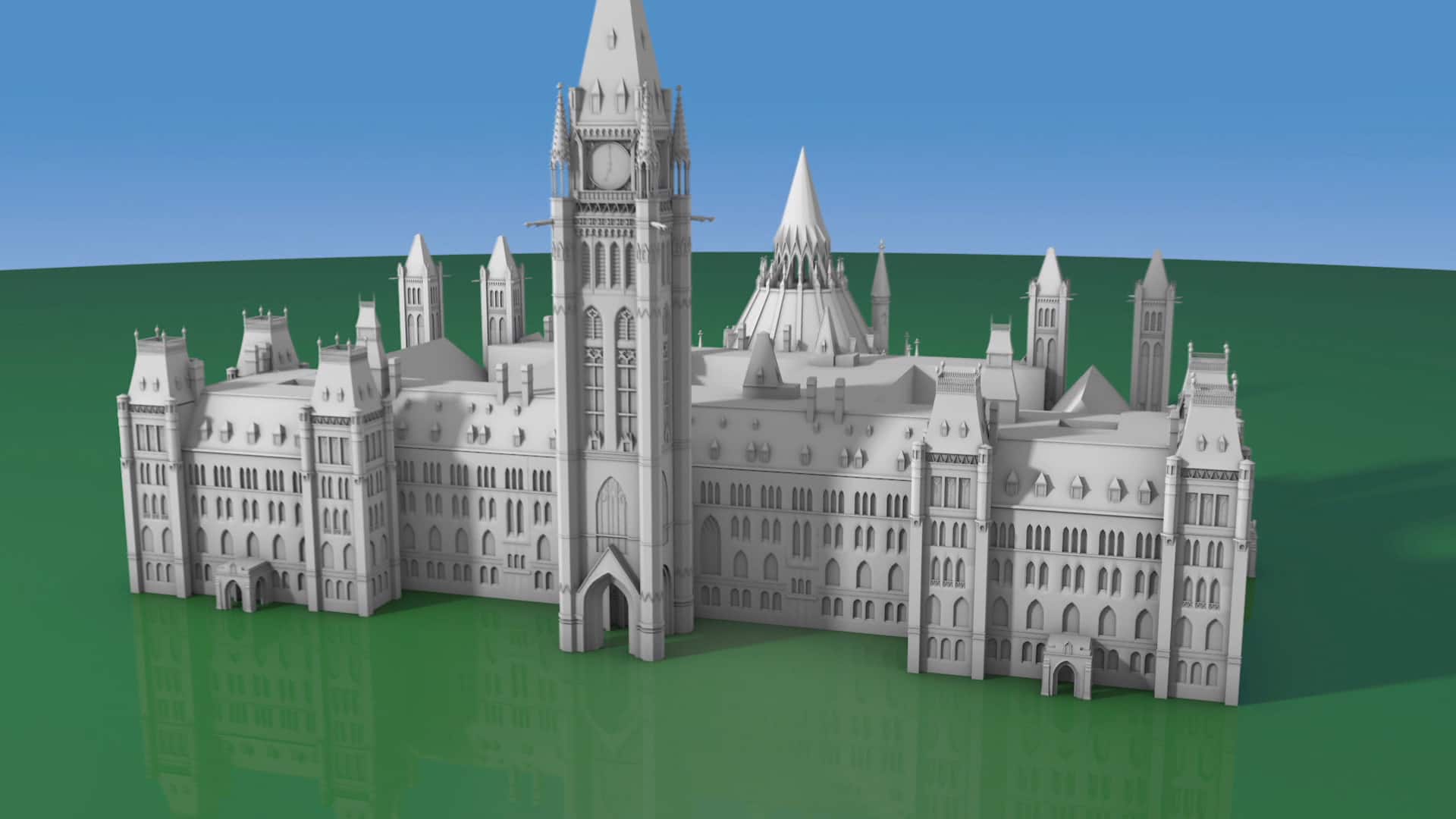 5 years agoVideo
2:40
Parliament Hill's Centre Block is gearing up for a major renovation that could help save lives in the event of an earthquake. 2:40

It may be the most expensive basement reno in Canadian history.

Public Works is considering whether to excavate a new cellar under the Centre Block of Parliament Hill, perhaps Canada's most famous building with its landmark Peace Tower.

Plans are already well underway for a massive rehabilitation of the aging Centre Block, home to the House of Commons and the Senate, with work scheduled to begin in 2018 and last at least a decade.

The massive stone building, almost a century old, will get its masonry cleaned, wiring updated and its ductwork and windows renewed. The walls, floors and towers will be made earthquake resistant.

And there are tentative plans to dig a deeper basement under the massive structure, a tricky procedure because the building is already vulnerable to earthquakes and no blasting can be used to excavate.

A full basement, dug down four metres as envisioned, would mean the careful removal of 20,000 cubic metres or more of tough limestone bedrock. At the currently estimated excavation price of $2,400 for each cubic metre, a big dig could easily cost more than $50 million — though public works officials are quick to say no final decisions have been made.

Public Works commissioned an archeological study earlier this year, in which a consultant drilled 10 boreholes beneath the existing basement to determine whether any First Nations artifacts or other historical objects might lie below.

Stantec Consulting Inc.'s spring report advised "there is no potential for the presence of soils that retain archeological potential," meaning any dig is unlikely to be halted because of pottery shards or bones.

The site has been extensively worked, starting in 1859 when construction began on the first Parliament Buildings, and after Feb. 3, 1916, when a massive fire destroyed the structure and today's Centre Block rose from the ashes.

A separate study on winds has found that the Peace Tower and Centre Block can readily withstand the worst storms that Mother Nature has ever unleashed in the last half-century.

Earthquakes are another matter. Ottawa is in the middle of an earthquake zone and has suffered moderately severe shaking as recently as 2010. Brittle masonry and stonework from a century past are especially susceptible to damage, though the Centre Block, which is steel-framed underneath the stones, has survived everything so far.

The decision on basement excavations is connected to the undisputed requirement for earthquake proofing, which itself has a minimum estimated cost of $100 million, according to internal Public Works reports. The current choice is between two seismic solutions, each preserving the heritage construction of the building as far as possible while buttressing the structure enough so that people inside will be protected. Seismic protection will not actually guarantee the building emerges unscathed from a major quake.

No matter which solution is chosen, the engineering requires digging the existing basement down by another 1.5 metres, into hard bedrock, using hand-held compressor tools. The estimated bill for that digging alone is between $40 million and $50 million — relatively expensive because no significant blasting is possible, requiring careful removal of at least 16,000 cubic metres.

Going down deeper, as one space-enhancing proposal contemplates, drives the bill for excavation much, much higher — just for the hole.

"It's a pretty massive undertaking," says John Cooke, a structural engineer hired by Public Works to oversee rehabilitation work elsewhere in the Parliamentary Precinct. "It's a very hard rock to remove."

The Centre Block's companion building, the Library of Parliament immediately to the north, got its own big dig starting in 2002, with 4,800 cubic metres of bedrock removed to create three new basement levels. And a basement was dug for the centre courtyard of the nearby West Block, where a temporary House of Commons is being built.

With the number of members of Parliament growing every few years, office space in the Parliamentary Precinct is at a premium. A big basement in the Centre Block could help ease some pressure. Currently, the building has a basement only in the front section, with a mere crawl space at the back of the building.

"There may be a requirement to provide more amenity space or more functional space," says Public Works' Thierry Montpetit, in charge of the Centre Block rehabilitation.

"Excavating underneath a building is a significant endeavour, but it is doable, it's technically doable, we've proven that."

But Montpetit cautions that no decisions on excavating a big basement have been made, and any cost estimates for seismic solutions are themselves only preliminary.

Continuing renovations of other Parliamentary Precinct buildings, including the East Block and West Block, are budgeted at about $3 billion — but the big remaining unknown is the cost for the Centre Block work, not yet calculated.

So far, the planning alone for the Centre Block rehabilitation has cost $28.3 million, or more than 25 per cent over budget, according to internal Public Works documents obtained by CBC News under the Access to Information Act.

Cooke says the costs of rehabilitating heritage structures are notoriously difficult to project. "It's rare that you'll have something under budget on a heritage building," he says.

Thierry says that when the decade-long work is all done, Canadians will see little change from the outside.

"The trick is to refurbish, but try to be gentle, and at the end of the day give evidence that nothing really has happened."