The government launched an online tool today to help Canadians navigate the various financial benefits available during the pandemic, as the political parties continue to spar over the resumption of Parliament.

The government launched an online tool today to help Canadians navigate the various financial benefits available during the pandemic, as the political parties continue to spar over the resumption of Parliament.

Prime Minister Justin Trudeau announced the benefit-finder tool during a daily briefing. The government site is now live to help students, seniors and out-of-work Canadians find out which benefits they can access.

Minister of Digital Government Joyce Murray said in a news release that the tool gives people information on federal, provincial and territorial benefits programs, and mortgage and student loan deferral programs. It will be updated as the government changes the programs or develops new ones.

The Conservatives, meanwhile, are pushing for Parliament to return to normal functions on Monday with a reduced number of MPs, to respect public health guidelines on physical distancing.

Trudeau said today that discussions on bringing back Parliament are continuing among the parties.

"I think obviously we will be physically present in reduced numbers, regardless of what the final decision is by all parties. There will have to be a way for parliamentarians across the country to express concerns and ask questions on behalf of their constituents," he said.

"These are the kinds of things that we're working out and I know, just as we have been able to sit over the past weeks, three times a week, and continue the functioning of our Parliament, we will be able to continue that into the coming weeks."

Conservative Leader Andrew Scheer said the government has been stubbornly refusing to consider other options for a functioning House of Commons and is not negotiating in good faith.

"Virtual committee meetings are not a replacement for Parliament, nor are the prime minister's daily press conferences in front of Rideau cottage," he said.

"The government should not be allowed to hide information from Canadians or to pick and choose which questions they want to answer and when. But that's exactly what's been happening."

Watch: Conservative Leader Andrew Scheer on bringing MPs back to the Commons 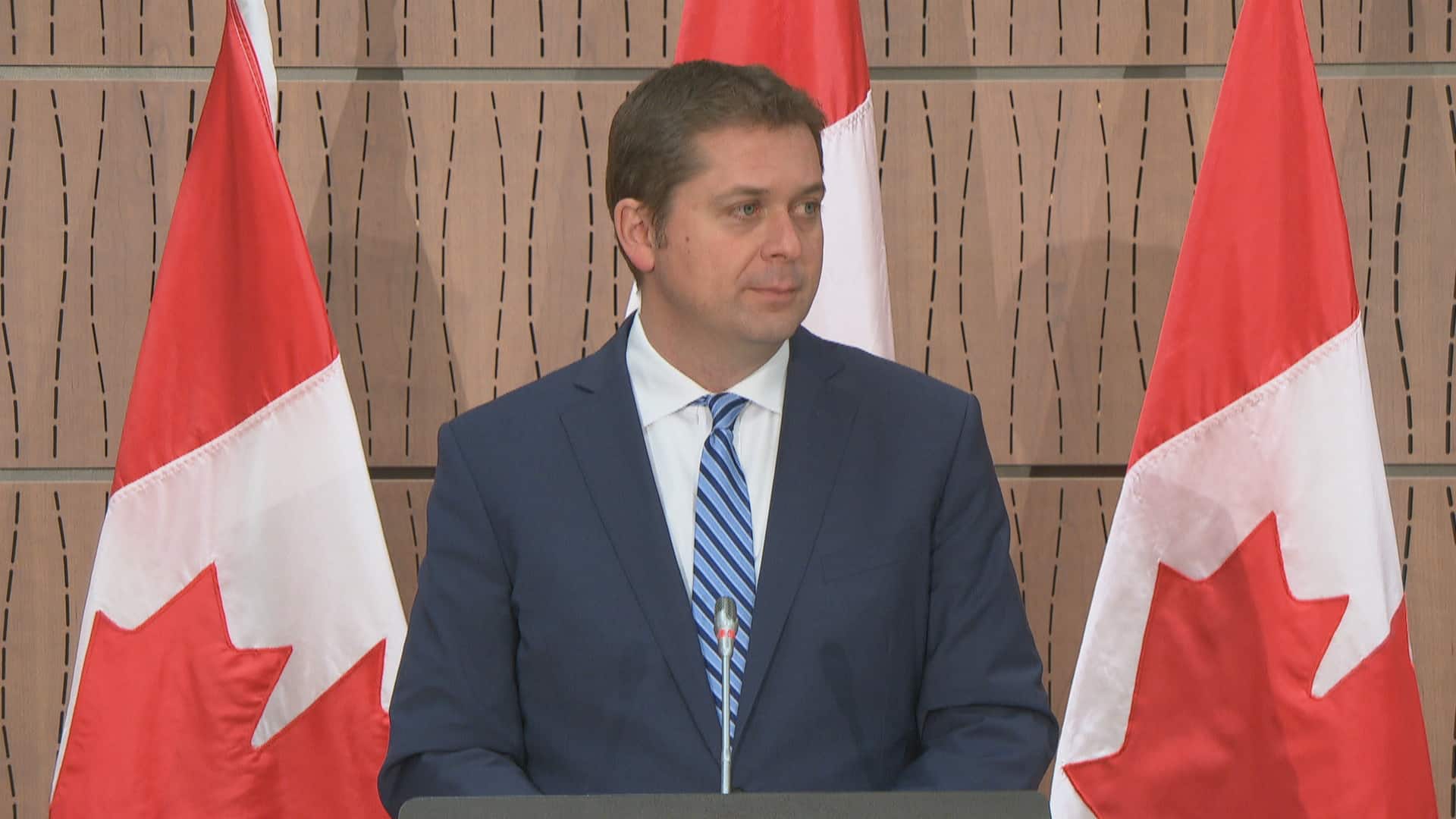 The Conservatives have given notice of a motion they will table next week that outlines their position, stating that the House of Commons should be considered an "essential service" and noting that MPs have convened during wars, pandemics, economic depressions and national unity challenges.

It calls on the whips of the political parties to set a limit on the number of MPs who can be present in the chamber at any one time, with the goal of accommodating about 50 MPs at once.

It says the whips also should come up with a plan for voting and a way for all committees to hold virtual meetings with the same powers they have during in-person meetings.

The House has been adjourned since March because of the global pandemic, and has resumed only to pass legislation on emergency financial benefits. It is scheduled to return Monday, and an agreement must be reached among the parties on how the proceedings will unfold.

A special committee, which includes all 338 MPs, has been formed to deal only with matters related to COVID-19. Recently, that committee has been meeting twice a week virtually and in-person on Wednesdays.

According to the House Speaker's office, there have been no reported cases of COVID-19 linked to in-person House sittings or committee meetings to date.

It says a small number of suspected and confirmed cases has been monitored over the last nine weeks; most of those cases are individuals who have not been in the workplace.

"Any suspected case of COVID-19 within the House of Commons community is monitored very closely, in keeping with a protocol established based on advice from public health officials," said spokesperson Heather Bradley.

"This protocol also covers communicating with those who may have been in contact with individuals with suspected or confirmed cases."

Multiple preventative measures are in place in the House of Commons precinct:

Bradley said normal service levels are not required for recent sittings of the House or committee meetings. Employees are teleworking wherever possible and are only reporting to work on-site if requested to by their manager. Disposable, non-medical masks are available to anyone working on site.