Ottawa could offer incentives to get B.C. to relent on Trans Mountain

The minister of natural resources says he's not closing the door on offering incentives to British Columbia in an effort to cool the heated battle raging over the Trans Mountain pipeline expansion.

B.C. officials reject idea that incentives would cause them to back down

The minister of natural resources said Friday he's not closing the door to offering incentives to British Columbia in an effort to cool the heated battle raging over the Trans Mountain pipeline expansion.

Alberta and B.C. are clashing over the Kinder Morgan project and the blows have turned inward, toward the provincial economies.

Last week, B.C. Premier John Horgan proposed restrictions on bitumen shipments that would flow through the pipeline from Alberta to the West Coast. In response, Alberta Premier Rachel Notley pulled her province back from purchasing hydro and wine from its western neighbour.

Relations have gotten so bad, the prime minister and federal cabinet have stepped in.

Prime Minister Justin Trudeau has promised the expansion will be built, regardless of pushback from the provinces.

"We've made it as clear as we can that no provincial government can infringe upon federal jurisdiction," Jim Carr told CBC Radio's The House.

In spite of the bad blood, Carr hasn't ruled out offering B.C. incentives in exchange for allowing the project to proceed quickly.

"Conversations are going on," he said. "You always have to assume in this business that people are reasonable." 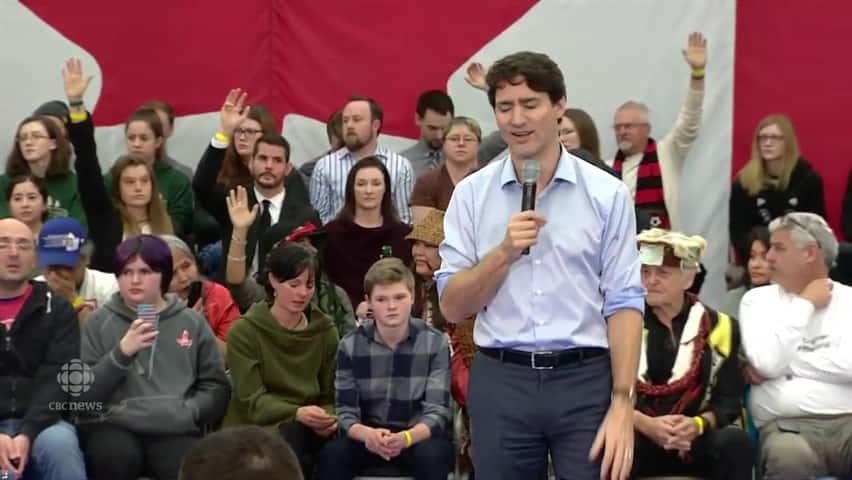 3 years ago
1:04
Prime Minister Justin Trudeau faced tough questions on his government's support of the Kinder Morgan Trans Mountain pipeline. He also sparred with a number of hecklers, some of who were escorted out by police. 1:04

Lines drawn in the sand

While Ottawa brainstorms ways to settle the dispute, B.C. officials continue to dig in their heels.

No amount of incentives will coerce the British Columbia government into backing down from its fight against the Trans Mountain project, said Andrew Weaver, the B.C. Green party leader.

"British Columbia must defend its citizens and that is what it is doing," he said.

Weaver said he firmly rejects the idea that incentives would resolve the situation and added Premier Horgan agrees. The Greens threw their support behind Horgan's government when it promised to work to stop the project.

No legal basis for B.C.'s fight

As B.C. looks for a way to fight back, Carr said he and his colleagues working on the issue stand ready to shut the dispute down.

If B.C. makes good on its threat to restrict the bitumen shipments, Ottawa will act "immediately," Carr said.

Time is of the essence, he said — although he has no concrete idea of what that timeline might look like.

As federal eyes turn to the West Coast, Alberta may hold all the cards, legally speaking.

Carissima Mathen, a law professor at the University of Ottawa, said that the federal government has always held the constitutional right to the final word on pipelines.

"No province is able to intervene in that process and they can't use their own law-making authority to try and create other obstacles or barriers to do that," she said.

Even if B.C. doesn't have a legal leg to stand on, Carr said he wants a "calm" resolution.

"It's in Canada's interest to calm the temperature down and look for a very quick way out of the conundrum people have created."