Immigration officials are looking at revoking the Canadian citizenship of about a dozen people after the auditor general found the government isn't doing enough to root out fraud in the citizenship system. 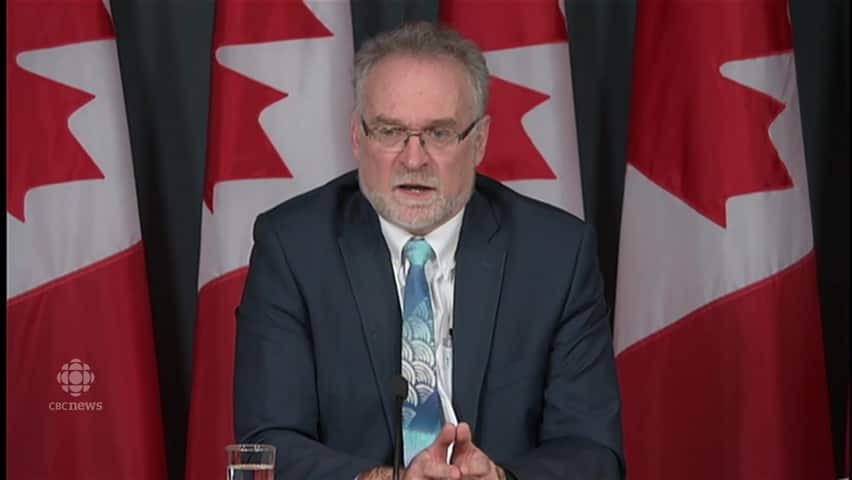 4 years ago
2:09
Auditor General Michael Ferguson says that the RCMP is not sharing vital information about criminal charges with Citizenship Canada. 2:09

Immigration officials are looking at revoking the Canadian citizenship of about a dozen people after the auditor general found the government isn't doing enough to root out fraud in the citizenship system.

Michael Ferguson's report uncovered instances of people with serious criminal records and others using potentially phoney addresses among those who managed to secure Canadian citizenship thanks to holes throughout not just the Immigration Department but the RCMP and Canada Border Services Agency as well.

"The vast majority of the cases are clear but we are not happy if even one case is fraudulently obtained and that is why we are vigorously implementing the recommendations of the auditor general," McCallum said.

Recommendations related to improving information sharing between departments will be implemented by the end of the year, McCallum said. Another suggestion — that officers be given more power to seize fraudulent documents — is currently in a bill being debated in the House of Commons.

Among the cases caught by Michael Ferguson's team: four people who were granted citizenship despite having criminal records that would render them ineligible, and two who were approved despite having committed crimes after passing a criminal background check.

The audit also revealed it took seven years for officials to cotton on to the fact a single address had been used by at least 50 different applicants during overlapping time periods. Of the 50, seven became Canadian citizens.

A review of 49 cases where an individual's address had been flagged as problematic concluded that in 18 instances, citizenship officials didn't follow up to see if the applicant actually met residency requirements.

The issues Ferguson included everything from officers seeming to ignore existing information about applicants, data entry errors that meant problems were missed, a failure on the part of security agencies to share information with the Immigration Department and officers not following their own procedures, like checking an applicant's paperwork against a database of known fake documents.

"This finding matters because ineligible individuals may obtain Canadian citizenship and receive benefits to which they are not entitled," Ferguson wrote in his spring report, tabled Tuesday in the House of Commons.

"Revoking citizenship that should not have been granted takes significant time and money."

The auditor general's office reviewed files from July 2014 to October 2015 — three years after the previous Conservative government launched a public crackdown on citizenship fraud by announcing it was going after 1,800 people it believed lied to lay claim to the Maple Leaf.

In 2012, the government expanded that number, saying nearly 11,000 individuals had been linked to residency fraud investigations.

While the issue of revoking citizenships from dual citizens convicted of terrorism has been a political hot potato in recent years, that's only happened to one person — a man convicted in connection with a plot to launch a terrorist attack in Toronto.

It's far more common for people to lose their citizenship because of fraud related to residency, identity or not declaring criminal proceedings and there were about 700 revocation cases pending as of January.