The Conservative government doesn't know whether its first-time homebuyers tax credit is working as intended, and kept the evaluation of the child fitness tax credit hidden, Canada's auditor general said today in his spring report. 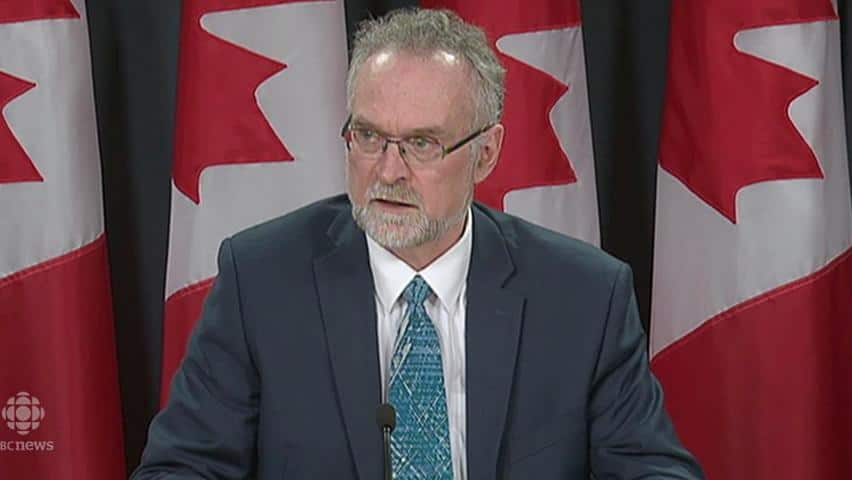 6 years agoVideo
2:51
Auditor General Michael Ferguson says that drug resistant infections are on the rise. His report also says that boutique tax cuts were not evaluated. 2:51

The Conservative government doesn't know whether its first-time homebuyers tax credit is working as intended, and kept the evaluation of the child fitness tax credit hidden, Canada's auditor general said today in his spring report.

The tax credit for first-time homebuyers hasn't been evaluated since it was introduced, despite an earlier analysis suggesting there could be some problems with it.

The same criticism applies to a textbook tax credit. Both were introduced by the Conservatives.

Both credits were analyzed before they were introduced, with risks identified. Despite that, "the department does not have complete information to determine if these tax measures are relevant and performing as intended," the report said.

Ferguson also concluded that the children's fitness tax credit was analyzed, with an expert panel pointing to a possible problem with that credit's implementation: not all parents could pay fitness membership fees, programs or camps in order to get the credit when they filed their taxes months later.

The panel requested a review after four years, which the department prepared, but that evaluation "was not made public," the report said.

Other findings by the auditor general include:

Ferguson's audit looked at a number of issues, including "tax expenditures" — credits and deductions used to promote specific policy objectives. These include the targeted tax deductions and credits known as boutique tax cuts, a complicated series of measures the Conservatives prefer to target specific groups of Canadians.

The audit also found the Department of Finance doesn't give Parliament enough information to allow proper oversight of tax expenditures.

The Department of Finance doesn't include "valuable information" that's available in other parts of the world, like the number of beneficiaries — though that is sometimes provided by the Canada Revenue Agency — or consolidated information about the purpose of the policy.

This is in contrast to how government departments are required to account for other spending. Countries like France and Australia, according to the auditor general, have reports that:

"We believe that details such as these could improve the quality and completeness of the reporting by the Department of Finance Canada," Ferguson wrote.

Ferguson's report also found a number of problems with how the Correctional Service of Canada treats low-risk prisoners.

CSC officials recommended fewer people for early release in 2013-14 than in 2011-12, even if the offender was assessed as a low risk to reoffend.

Eighty per cent of offenders were kept behind bars past their first eligible date for parole. That's despite the department's data showing low-risk offenders who serve longer portions of their sentences on parole — in the community — reintegrate better.

The audit also found more offenders are being released directly from medium- and high-security penitentiaries rather than spending time serving supervised sentences in the community on parole.

Ferguson recommends investigating why parole hearings are being postponed, especially for low-risk offenders.

It also found CSC is getting faster at getting inmates into programs, but those programs are still not delivered on time: many low-risk offenders aren't referred to programs while they're in custody.

"Most offenders did not complete their programs by the time they were first eligible for release," Ferguson said.

The report also found that the department sometimes uses outdated information to assess inmates for custody and programs.

"CSC initiatives are underway to address the issues raised by the auditor general, while keeping public safety at the forefront of all decisions made."